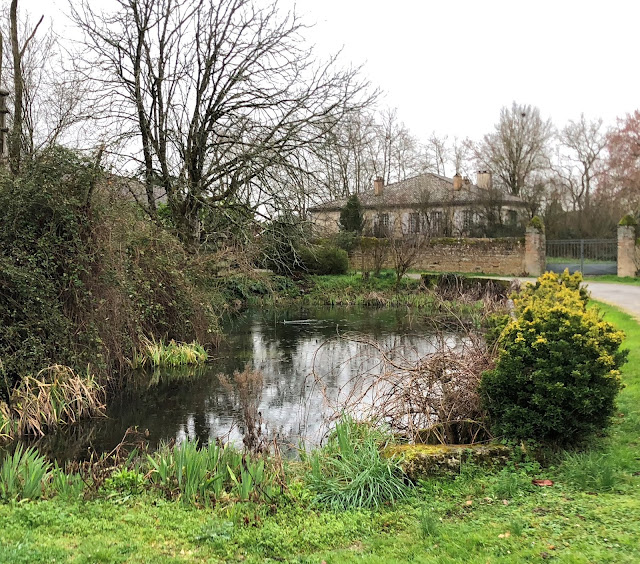 The Moorhens are out and about on the village pond. They head back, at high speed, into the safety of the shrubs that line the water. Perhaps it's time to upgrade to an i-Phone with a better camera? This one , bought at the Apple store in Georgetown, is two years old and beginning to develop signs of operational  'absent mindedness'. 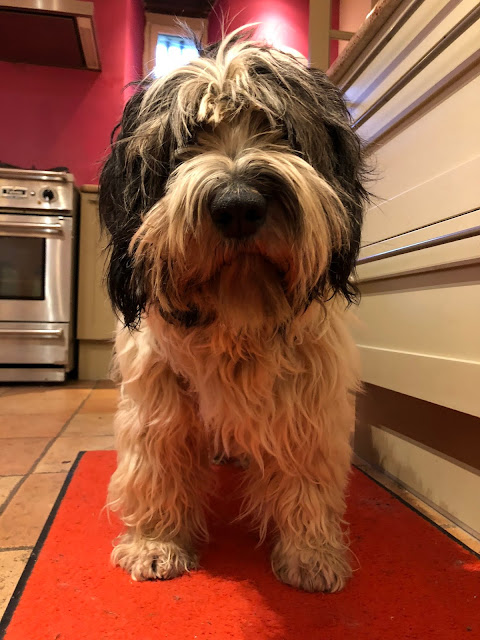 Sophie arrives in the kitchen to greet 'The Font' . This morning she looks merely ungroomed rather than 'abandoned' after her start of day tour of the village. 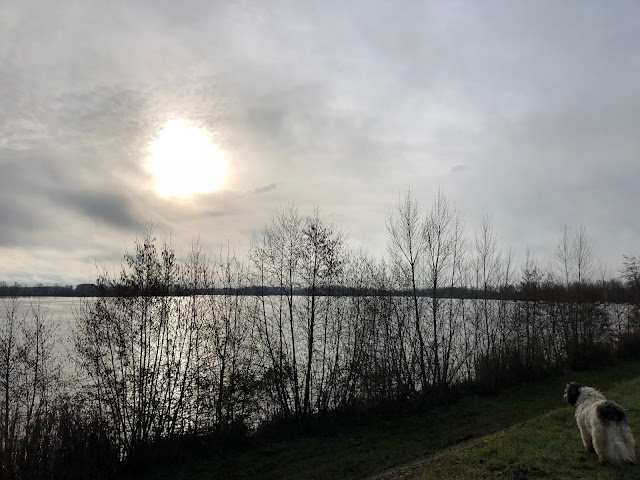 By the time Sophie's been down to the river, got caught in a downpour and been hunting in the drainage ditches she's looking rather water logged. 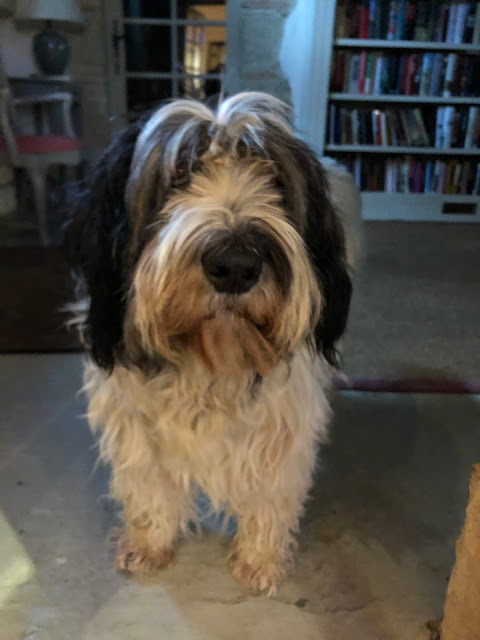 Rumours that France is about to go into lockdown again but so far nothing official.  The radio this morning informs us that the European Union has nearly caught up with the United Kingdom on the number of vaccines administered. The fact that the EU has a population 5x bigger than the UK's isn't mentioned. We're getting used to the idea that we won't get a jab this side of autumn.
As we're returning from our post breakfast walk the builder stops his van for a chat. He's had a hernia operation. The procedure is described in great detail. He offers to show me his scar but I politely decline. ' Bit too cold ' I say somewhat lamely. Sophie chooses this moment to bark which is a useful distraction.  " They say I should take it easy for twelve weeks but fat chance of that "  and with that he's gone.
The pool men are notable for their absence.
Blast from the past :https://twitter.com/SilverAgeTV/status/1359176977484312583
Posted by Angus at 7:26 AM