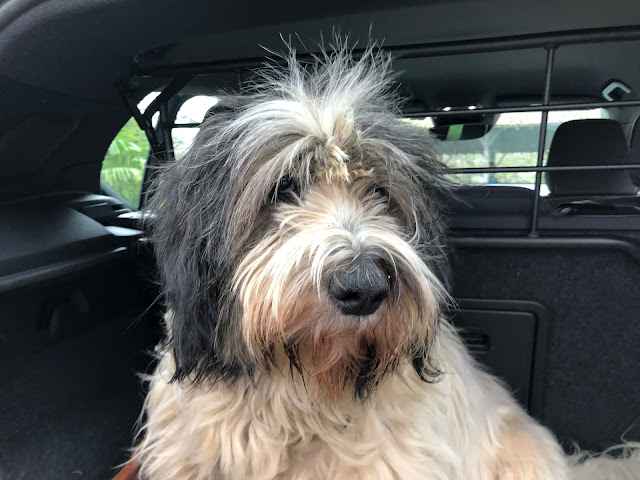 Wonderful, life affirming, scents on the grass this morning. Fox, badger, deer ? 'The Font' looks at Sophie rolling around on the grass, legs in the air, eyes closed, tail waving from side to side and quotes an obscure Swedish saint ' If we saw an angel clearly, we should die of pleasure'. Sophie's behaviour is once again demonstrating that she sees things humans can't. 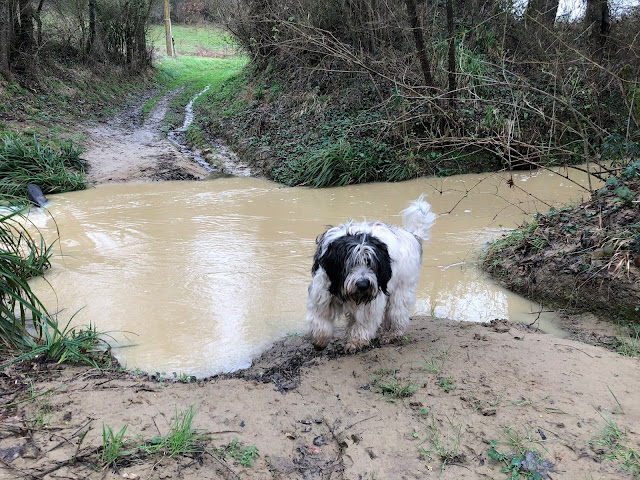 More rain overnight. The log that floated down the stream , and was the object of yesterdays sniffathon , now completely covered . Sophie  approaches the stream cautiously but decides that today is a good day for drinking precariously from the waters edge. Go figure. 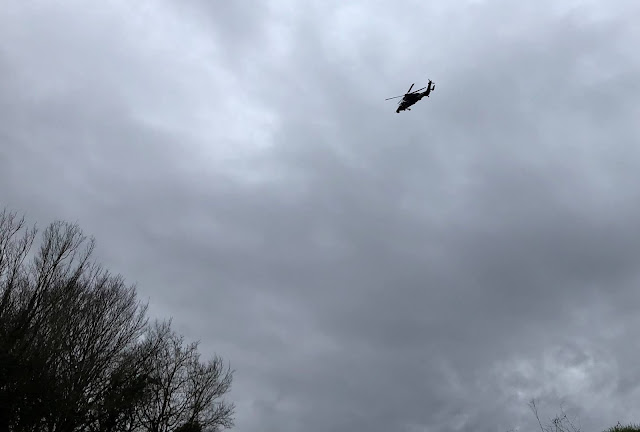 A military helicopter flies overhead. It circles round us no less than three times as we're heading back up the hill. It gets close enough for me to be able to see into the cockpit. The crew must have decided that this man and his dog aren't worthy of any further investigation. They head off. Sophie ignores it. 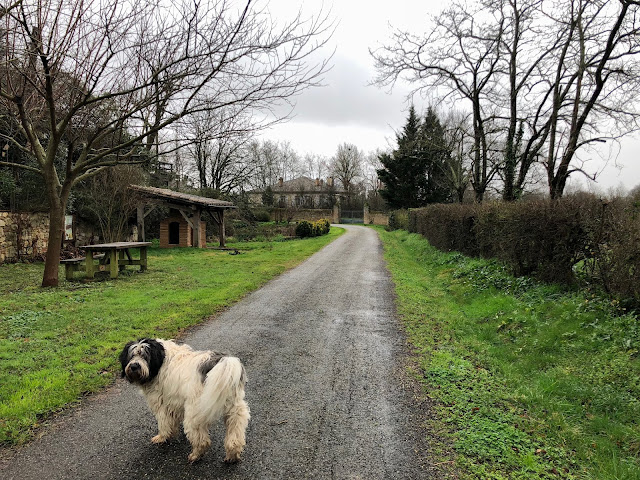 'The Old Farmer ' shows up in the venerable Mercedes. He's been away since he was here for his first Pfizer jab a couple of weeks ago. It's his 90th birthday on Friday. He wanted to have a big party to celebrate but those plans, like so many others, have had to be put on hold. I walk across the lane with a boxed bottle of Bollinger and place it on the bonnet of the car. His face lights up. Someone has remembered. I note that he now takes a long time to get out of the car. We conduct a brief , socially distanced, conversation from across the lane. 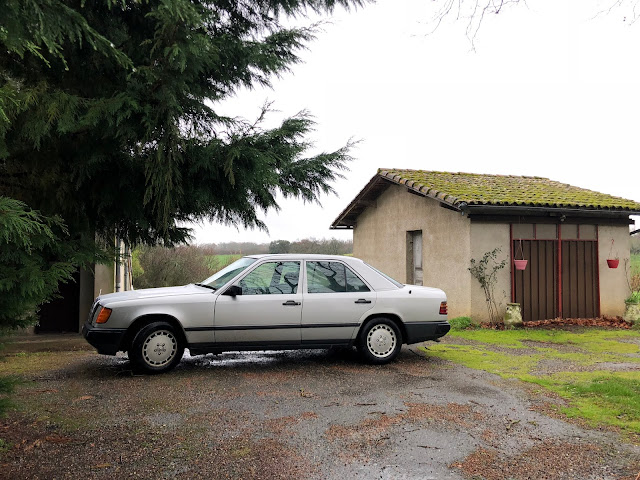