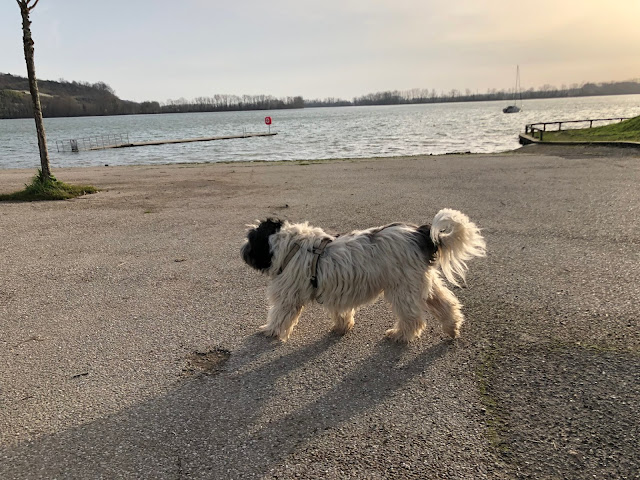 A morning to fill the lungs with fresh air and stride out purposefully . Both Sophie and her master are ever so slightly sleep deprived. Angus because the wind was so strong it forced one of the shutters in the drawing room open at 3:26 am. Sophie because three of the village cats decided to shelter from the wind by the front door. Having returned to bed after sorting the shutter Angus is called upon to deal with the errant cats. Can Sophie smell them through the thick wooden front door ? Or, can she hear them ?  She is told that there's no way anyone is heading out to deal with the C-A-T-S in the middle of a gale .

The UK plans to have vaccinated it's entire population by the summer. Here in France the roll out continues at a leisurely pace. So far a third of over 75's have been vaccinated. When asked when we might be eligible the receptionist as the medical centre informs us that ' You'll probably get it this year', Meanwhile in the US Walmart and Sam's Club will start vaccinating at more than 5,000 new locations. These American and UK successes  are not reported on  French breakfast radio . 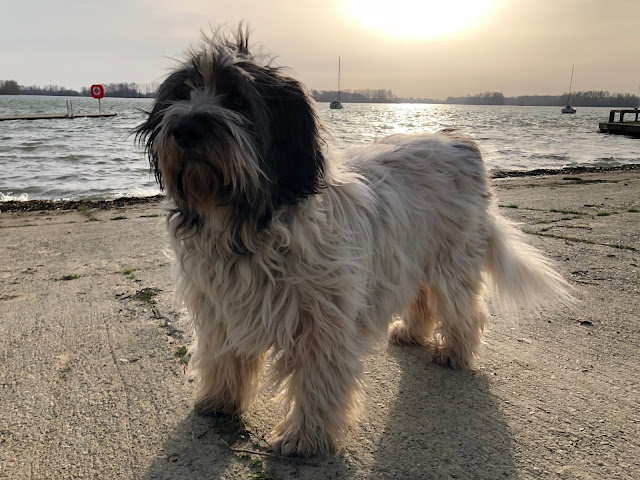 A morning free of calls to men in dark suits. This means Sophie has my undivided attention. Down by the waterside she sees Mozart the amorous, if ageing, Spaniel. Her tail tells me this is an encounter she could do without.  Some dogs she's happy to see. Others she disdains. Poor Mozart falls into this second category. Go figure. 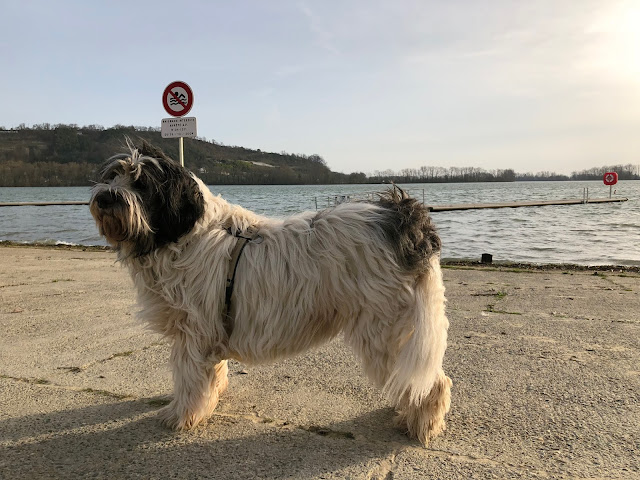 At home there's time to clean out 'The Fonts' yogurt pot before it's time for a deep and uninterrupted nap. 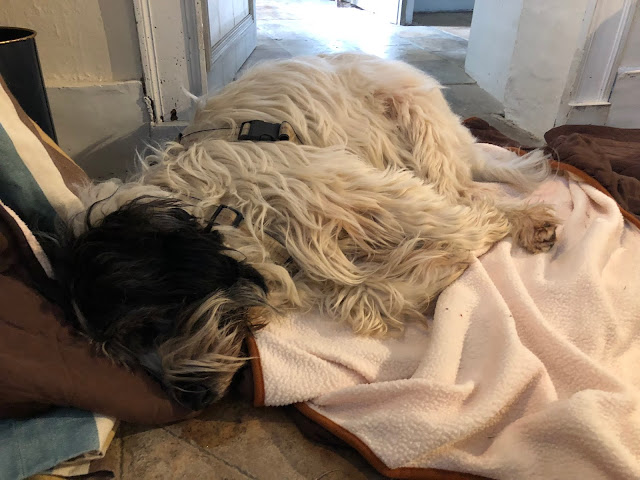