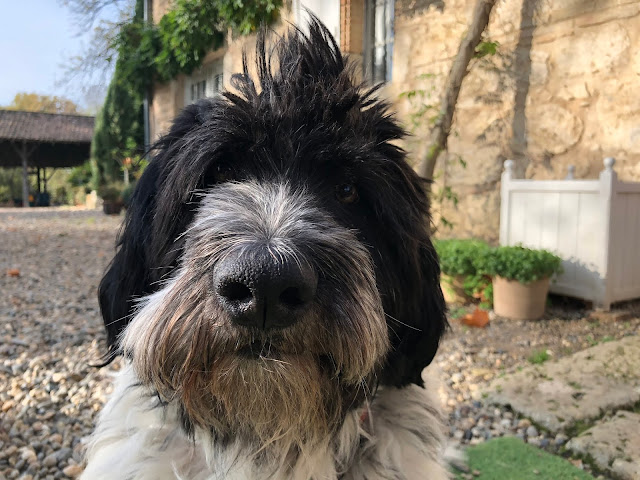 A bit of excitement in the night. Sophie manages to get into the library. The door closes behind her. The library is very dark and she can't get out. At 3:09 Sophie alerts the world to her predicament. Moments later Bob hurtles into the bedroom to let me know his sister is in need of assistance. Shortly after the family diva  records her gratitude at being rescued by turning on her back, waving her legs in the air and screaming in delight. 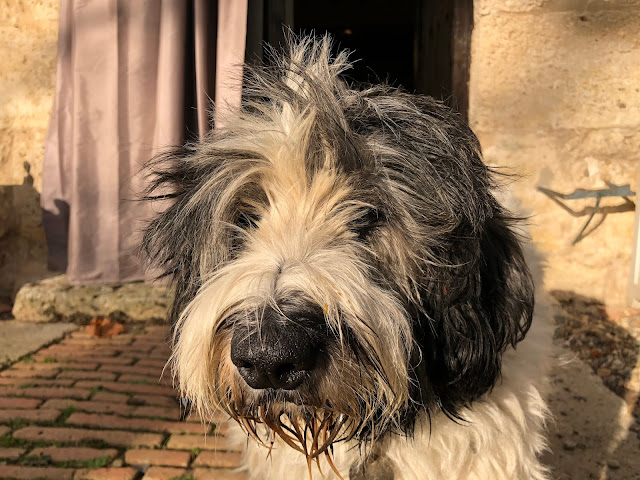 The demonstrators are still out and about. We've discovered that on these cold mornings they don't start blocking the roads or setting fire to old tractor tyres until 8:00 am. 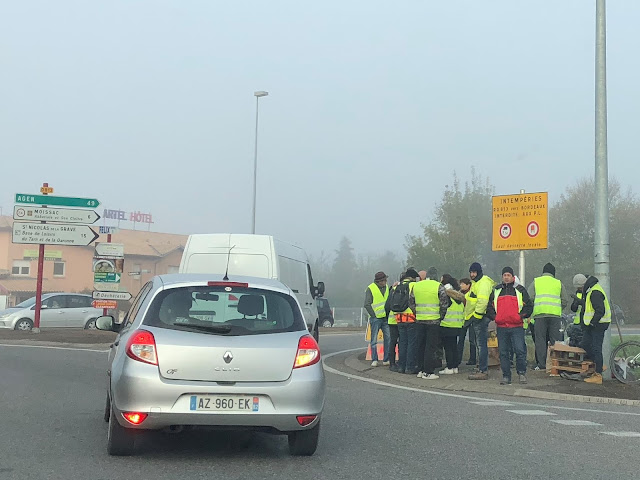 The Police are on one side of the road ( there are also CRS riot police but I opt not to take a picture of them ) while the protesters gather on the other side by the roundabout. The protesters have just started to paint rude slogans about Monsieur Macron on the motorway slip road as we drive by. 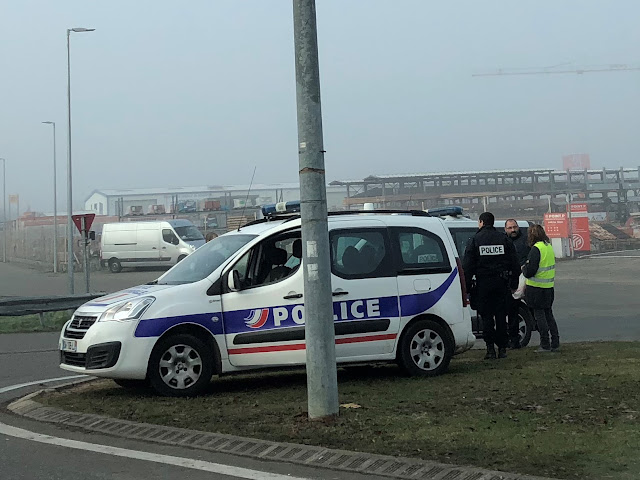 Another two croissant morning. The bakers business is way down because of the blockade just along the road. This mornings batch isn't selling. The PONs get double curly helpings. It's an ill wind ..... 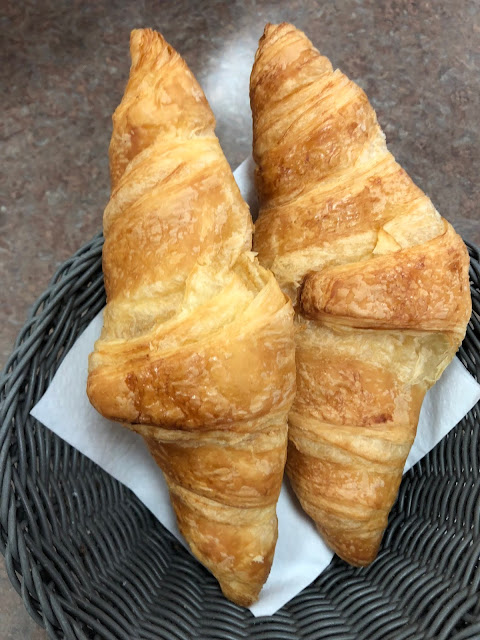 To cheer themselves up on this quiet morning the bakery staff have put up the Christmas tree. 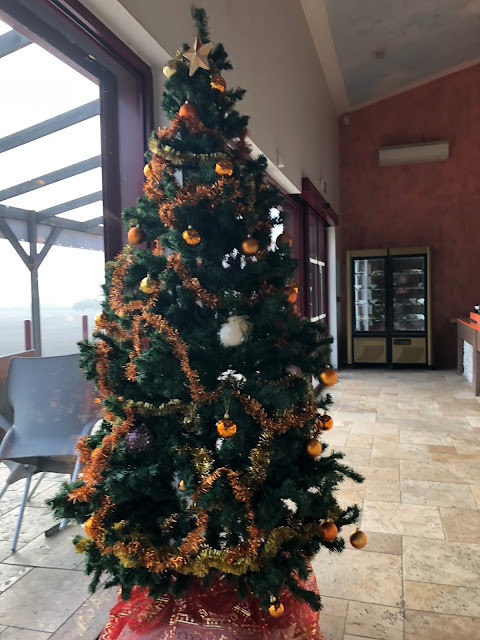 A weathered steel house in Colorado. In two minds about the steel. Looks good but you wouldn't want to sit on it in a Colorado summer: http://projects.archiexpo.com/project-257697.html?token=c8cf3c6149901fa63849c28ec45749292a8720a8#utm_medium=email&utm_source=insight&utm_campaign=50-architectural-projects-20-11-2018&utm_content=photo&utm_term=PROJECT_highlight

Was Sophie just distressed because she ended up shut in the library not the kitchen? She doesn't strike me as the book worm type...

Got an email from a pizzeria yesterday. It's at the rond-point next to the autoroute exit here. "You can once again access our restaurant!" it proclaimed, and offered a special deal.
However, I didn't have to pay the autoroute in Toulouse.
People are getting tired of the perturbances. The French love protests, strikes and revolution but they also love order and being on schedule.

Poor old Sophie. My pops goes exploring once I start snoring, so I often have to rescue her from the depths of the wardrobe.

Did 'The Font' sleep through all of it?

Poor Sophie, that’s very scary for a girl! As to that house ... what’d happen in a lightning storm?? I’d rather not be there to find out!

Had hoped that the nonsense was coming to an end but returning this morning there was a small army of malcontents building a huge pyramid of wood and old furniture to be set alight tomorrow. In our part of the world the farmers are now getting involved. The poor man at Nicolas hasn't had a delivery of wine all week and is at his wits end. The morning radio says 80% of French support the action, which is difficult to believe. A group of American men in black suits went to Paris to see the new post Brexit EU office and were mortified to be held up for hours on Place de la Republique.

Agreed - looks great but also a great conductor of electricity !

Angus is having light lunches to compensate. The PONs run it off in the garden.

Would you be surprised to learn the library is en route to the kitchen ?

Night time exploring is a recent development with Sophie. Let's hope it stays that way.

Having wildfires on my mind, a steel house sounds like a good idea!

Shall I just include the link in one of these notes? I wanted to give you control over adding it when you wanted to but maybe that just isn't working.

We have problems with France Telcom and non French addresses. Might be easiest. Not for want of trying. Apologies.

Here you go:
http://cliffmass.blogspot.com/2018/11/a-stunning-video-of-arizona-monsoon.html
The video is at the end - a blog by a local teacher of atmospheric sciences - we listen to his short roundup on the radio each Friday morning - along with a program called Bird Note that daily gives a little lesson on specific birds. Enjoy!

Wonderful. What a stunning video. Thank you. Once many years ago we took the family to Tucson. It poured all the time. The Indian reservations were not what Europeans expected. Wild pigs got into our bedroom. The observatory which was usually above cloud level - wasn't.

You are welcome - thought it was the sort of thing you always find and share with us.