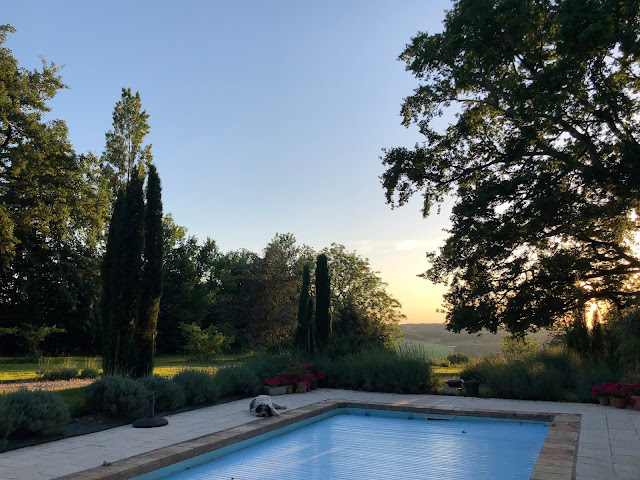 Restaurants and cafes will open up again this coming week. So too will hotels - although who will come and stay in them remains a question. The 100 kilometre limit on journeys is also to be lifted. Late last night the new mayor dropped four masks off at The Rickety Old Farmhouse. Two for each of us. He came by at 11.30 so he's clearly taking his new role as village health supremo extremely seriously. Sophie's sleep was interrupted by the sound of the mayors  car and the opening of the mail box. Sophie becomes extremely grumpy if her routine changes. This morning she pointedly lies by the side of the pool to make it clear she could do with another half hour in bed. 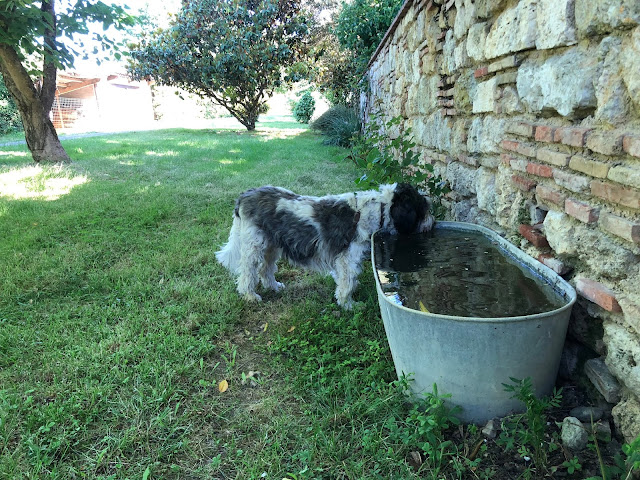 On our morning walk we chat with the old mayor who is watering the roses around the war memorial. Sophie is given a tickle and a hearty greeting. I tell him his successor was out working late. ' He'll learn the ropes soon enough '. This  said in a tone of voice that suggests that delivering face masks near midnight is something he most certainly wouldn't do . The phone rings. A west coaster checking his screens before going to bed. ' Is it true Merkel has refused to attend a G7 meeting at Camp David next month ?'. Angus confirms it. No chance for a feel good photo opportunity from a woman with whom the host has little personal chemistry. 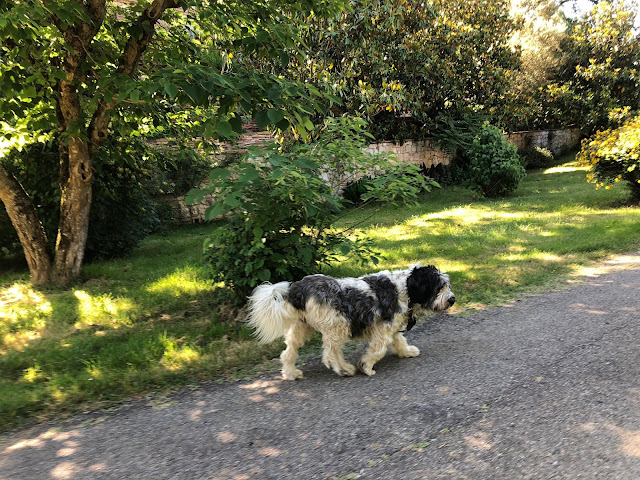 As we circle round the village walls we pass the pond and catch moorhen mother and her four young ones out and about. The chicks hurtle across the lily leaves into the safety of the shrubs. Mother follows along behind. Two mornings in a row - the benefits of early rising. 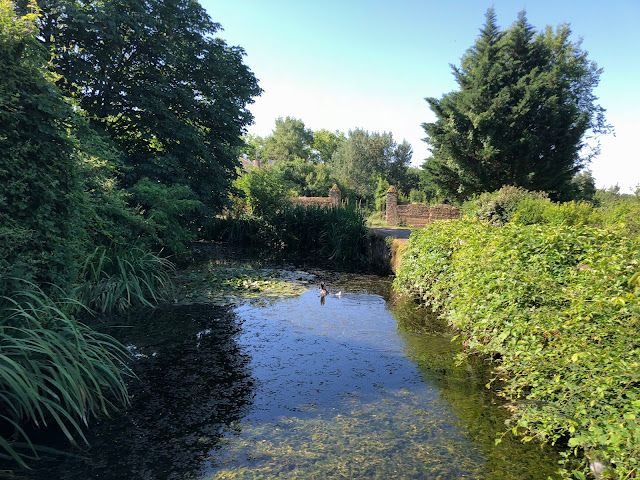 Back at the house Sophie wonders what we're going to do next. 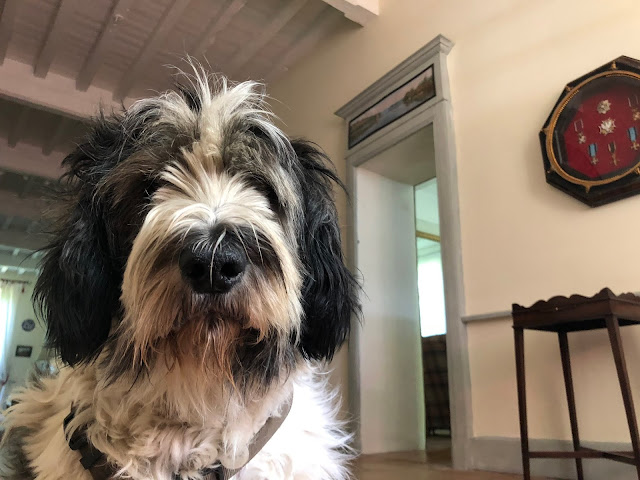 In 250 million years Canada will border Nigeria: https://www.reddit.com/r/MapPorn/comments/gs7as0/how_earth_will_look_with_current_international/
Posted by Angus at 6:23 AM

With that map it will be hard to contain a virus. I still would be keen to stay in New Zealand, but we look pretty close to the south pole, so it might be a bit chilly.

It is funny that Sophie is annoyed that you are waking her up for a walk.

Have a nice weekend.

The UK will be sliding to the North Pole so we'll both be equally chilly.

Ah yes I can see the moorhens this morning.
Staying away from the deadly virus that is Trump. Mrs Merkel is a wise woman. But we knew that already.
You have no idea how thrilled I am to learn that there is a website called MapPorn. The benefit of making predictions about 250 million years hence is that no-one will ever prove you wrong!
Cheers, Gail.

Hari OM
...and in 250mill years, Mankind is likely to have driven itself extinct - or, on the bright side, become as unified and homgenous as the land on which we stand... YAM xx

Poor Sophie, you will have to have a word with the new Mayor, and point out that the family princess does not like to have her beauty sleep disturbed, no matter how good the cause!
Heavens - what a conglomeration of countries....won't they make the earth a little bit top heavy, and they will all slide to the bottom...…!
YAM, the way things are going at the moment, the bright side will be if it's driven to extinction.
Just another thought, has Trump any personal chemistry - with anyone?

A midnight letterbox drop would have cause a riot of barking dogs here.