The days longer, the weather warmer. Yesterday, for the first time in ages, Sophie could lie in the sunshine at the open front door without being told she had to move. 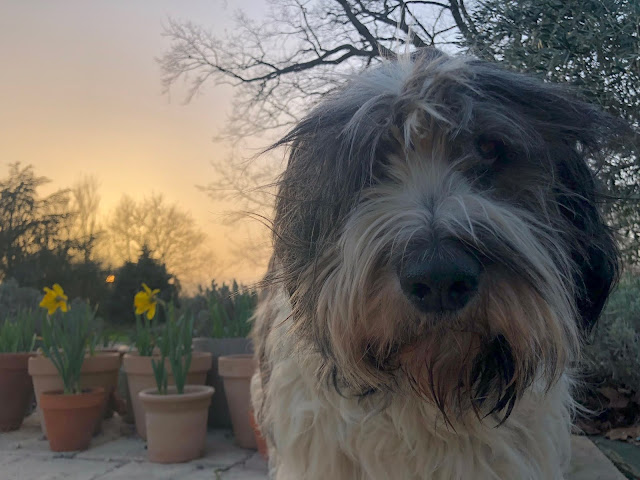 The man with anger management issues and the German billionaires builder are still waiting for a court date in Toulouse. It's been delayed ( to our knowledge ) three times and has been postponed again due to the courts pandemic reduced timetable. Both protagonists have settled into a routine where they 'blank' each other out . You'd think this might be exhausting but they seem quite adept at it as they drive off to work , staring straight ahead, unsmilingly, in the morning. 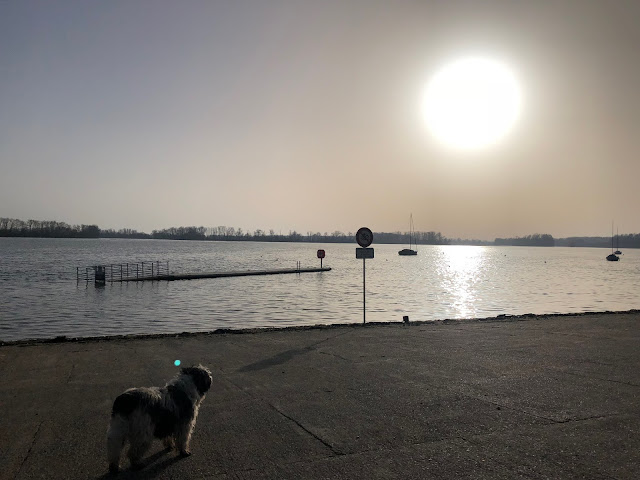 The old widow has been taken ill. We walk by as they roll her out of the house on a  gurney. The retired mayor had stopped by her house, as he does every morning, and found her on the kitchen floor. ( They were 'sweethearts' sixty five years ago before he went off to do national service in Algeria ). The sapeur pompiers were there within eight minutes. Not a bad response time in the depths of the countryside.  As she was loaded into the back of the paramedics truck the old lady sat bolt upright and held out both arms as if she wanted to hold onto her home. This gesture went unnoticed by the busy medical team. One of those whispered ' turning of the page ' moments. Through it all the retired mayor stands by her side, his red tartan pork pie hat clasped to his chest. 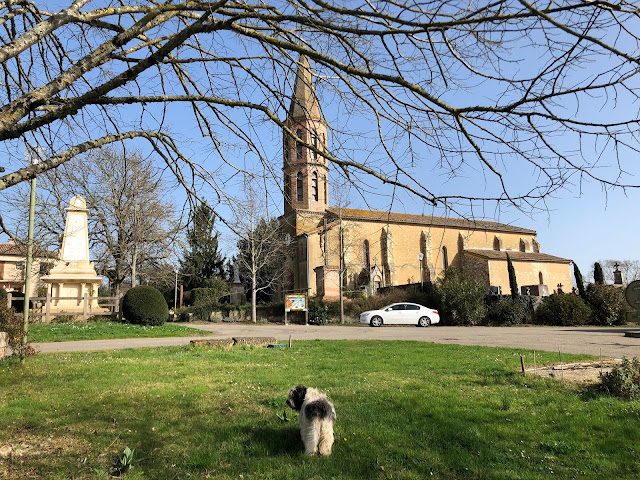 By the 'Y' junction the man with the fancy bungalow has laboriously shoveled all the leaves from the drainage ditch  onto the grass verge. This is a strange thing to do as come the next windy day they'll all blow back into the ditch again. There must be some logic to his labour but what it might be escapes me. 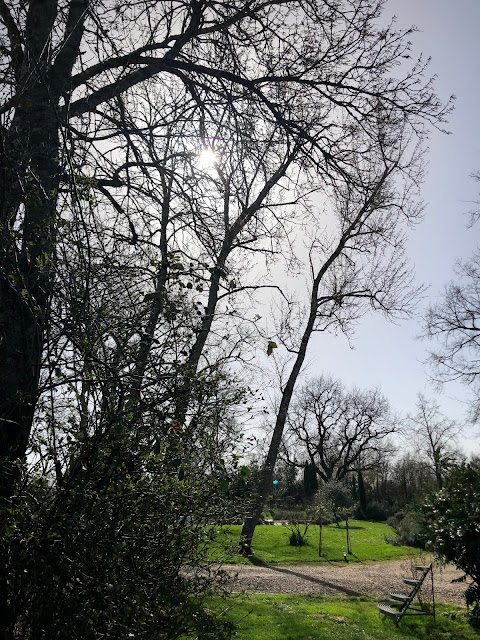 The tree surgeon will be here later on this morning. The end tree by the barn has developed a rather jaunty angle in the latest gale. It looms threateningly over the barn roof and the big Volvo.