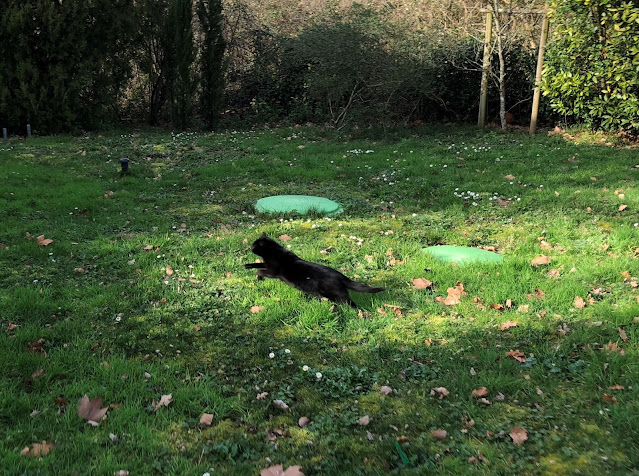 Our day starts with a touch of drama. Black C-A-T has tempted providence and opted to sleep on the doorstep. This is where Sophie finds it as she heads off on her morning walk. Black C-A-T is last seen heading off across the rarely visited part of the garden that contains the oil tanks. Sophie ,demonstrating why PONs aren't hunting dogs, has headed off in the other direction. 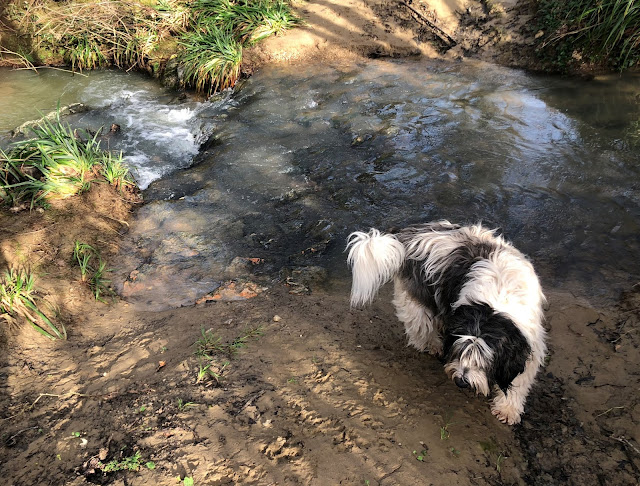 After that it's back to our business as usual routine of checking the village, greeting the goats and having a long drink from the stream. The water level has fallen again and Sophie deems it safe to drink there. 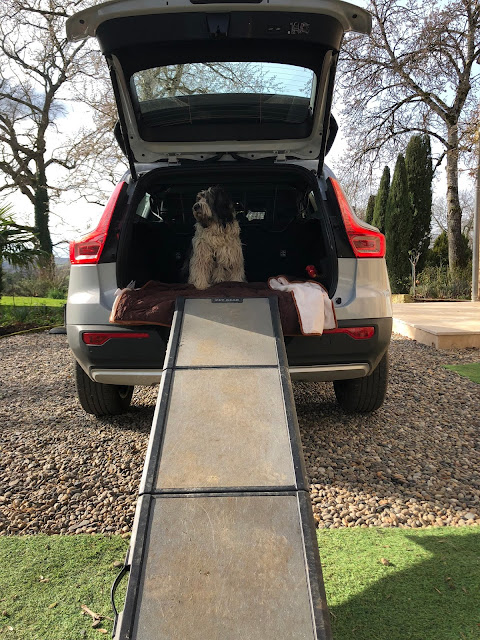 Yesterday there was a funeral in the village. We were alerted to this by the sudden surge of traffic on the lane. By three thirty there were twenty or so cars parked in front of the church, a similar number in the car park and thirty or so on the path that marks the line of the old village walls. From the safety of the front gate we could see that a third of the 150 or so  mourners  wore masks.

As the service is set to begin a grass cutting tractor attempts to drive through the village. One of the undertakers storms over to tell the driver to switch off his engine while the coffin is carried into the church. ' Learn some manners' says the undertaker , although not quite in those precise words. The hearse driver, the other pall bearers and the retired Abbe all look on. The tractor driver, faced with an irate figure in a grey suit  opts to do a circuit of the war memorial and head back in the direction he's just come from. 'That's not something you see every day' observes 'The Font'.

Later in the afternoon we see the old mayor. He's heading home after overseeing what he informs us is  ' la toilette mortuaire'. This is a French term I'd never heard before and hope never to hear again. 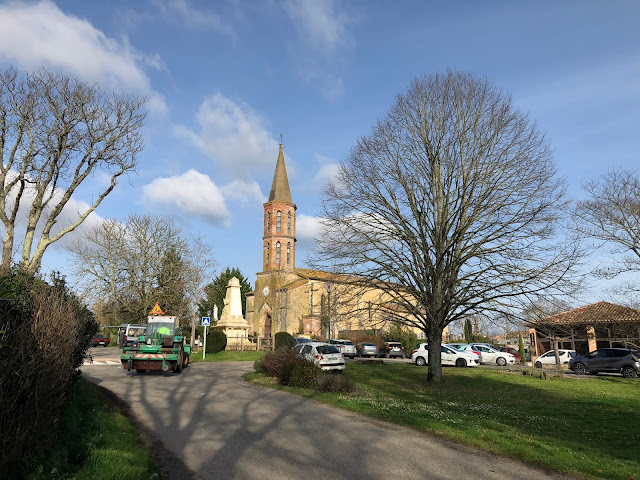 A package arrives. It's festooned with bright yellow labels saying the contents don't fulfill some EU law.  Initially I think it's something to do with Brexit but as the parcels come from Malmo directly to France there must be some other reason. 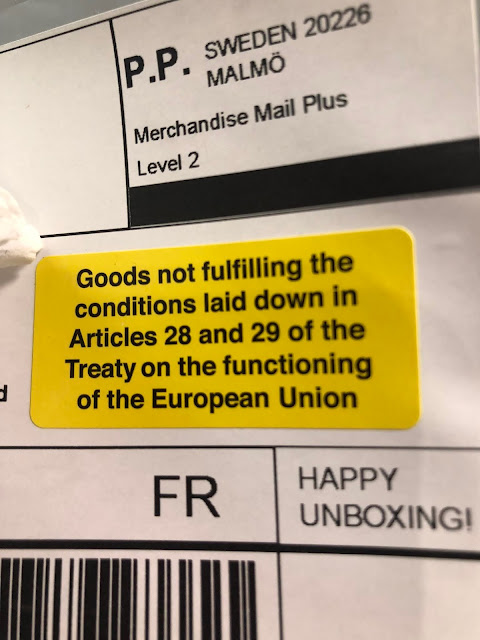