Eight am in the departmental capital. The prefecture opens at eight thirty. The cafe where we usually have a coffee while waiting firmly shuttered. We go for  a long walk round the town to pass the time . 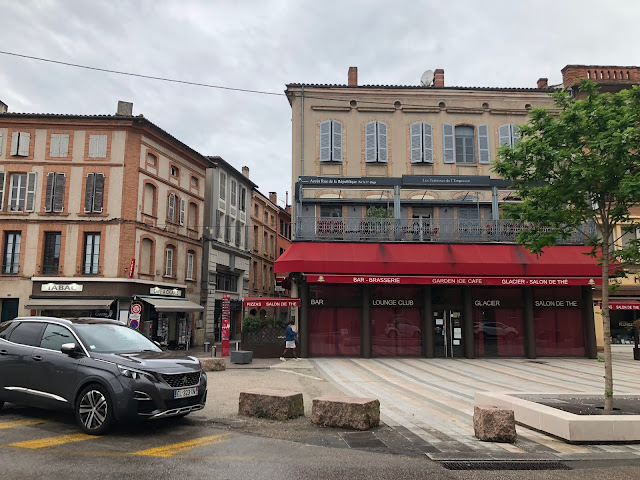 When we get back to the prefecture it's eight fifteen. Proof of that old rule that time flows at a glacial pace when you're standing outside a government office on a cold, grey morning with nothing else to do. There is a gathering crowd of asylum seekers. Bored school children lean up against the wall of the school opposite and watch us. French school children are world class people watchers. They exude teenage disdain.  By eight twenty five quite a crowd has gathered.  Syria, Mali and Chad are well represented as is the UK. The Brits stand in mournful silence , their fellow permit applicants sit happily on the pavement and chat away. 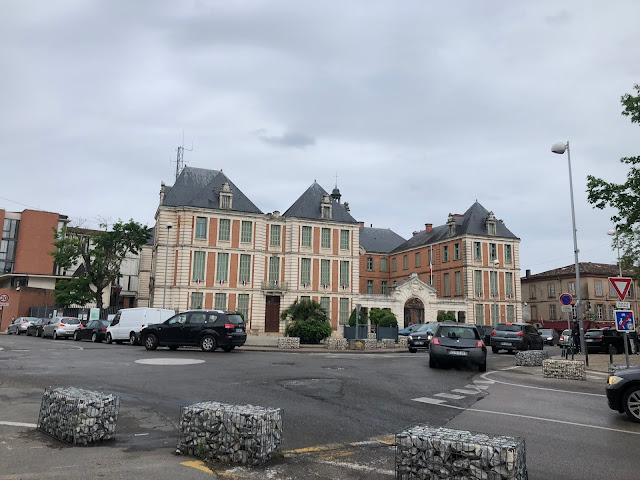 Finally, the security gates swing open. Angus uses long rugby dormant skills and weaves his way through the crowd. I'm supposed to have the first appointment of the day but by the time I've made it past security the two permit windows are already in use. ' You'll need to wait for them' says the receptionist pointing to the two queue jumpers and stating the obvious. She then goes on to tell me that I've got to go into the waiting room . ' You can't stand here. Don't you know there's a pandemic ?'
It goes without saying that the waiting room has, by this time, become a social hub of densely seated humanity.  Angus thinks of saying something to the ice maiden about social distancing but thinks better of it. A cheerful gentleman in a bright purple shirt comes and sits next to me . ' The washrooms have  a ceramic sink, soap and a thermostatically controlled system that produces just the right amount of hot water to wash your hands' he informs me. This is an unusual conversational gambit.  Angus thanks him for this insight but has to take a few moments to think through  what a thermostatically controlled system might be. It's rather early in the morning to be discussing weighty matters like this with a new found friend from Mopti.
After fifteen minutes the process is done. I've had my finger prints taken on one of those electronic scanners that never seem to work, my photo has been down loaded into the system and I've signed a 'Brexit' document. The new residence permit will be mailed in the next six weeks. Progress ! 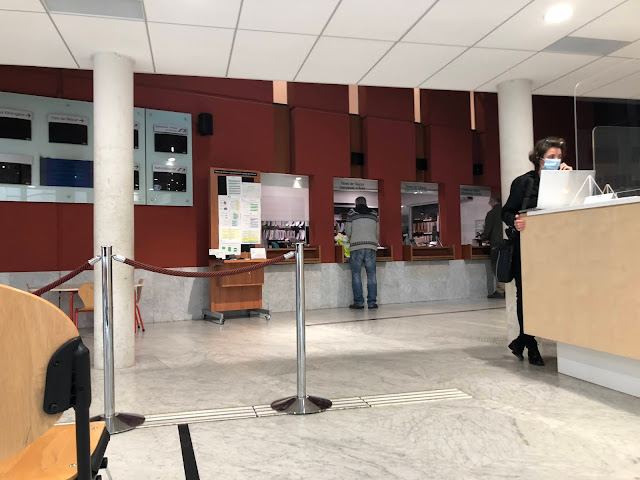 So all things considered, not too painful! I always remember the useful life tip given by a school athletics coach, on the use of well-positioned elbow when extricating oneself from a group of tightly bunched runners.

Any bureaucratic chore that is accomplished with one visit is a success in my view, so well-done!

Congratulations! I would be nervous about it being lost in the post.......forget I mentioned that!

Visiting any governmental office and accomplishing *anything* in under an hour is akin to winning a major battle. Congratulations!

Goodness Angus, that was quick! Congratulations on completing the whole thing in record time - even though you were queue jumped! And you don't have to go back to pick the permit up in person.