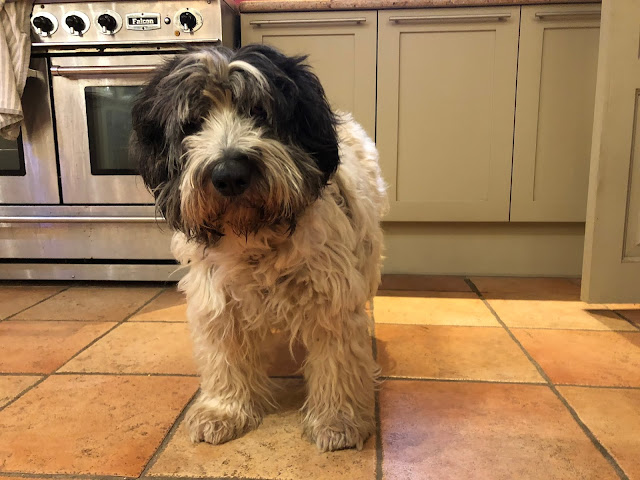 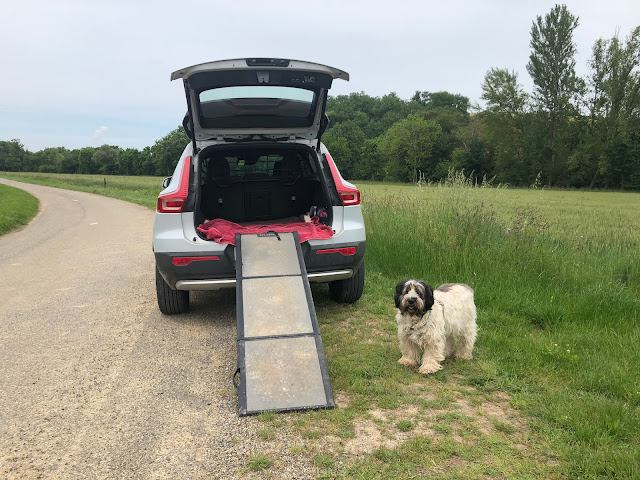 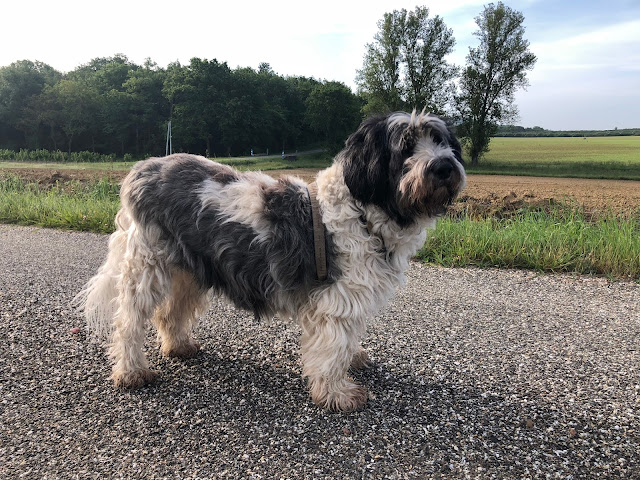 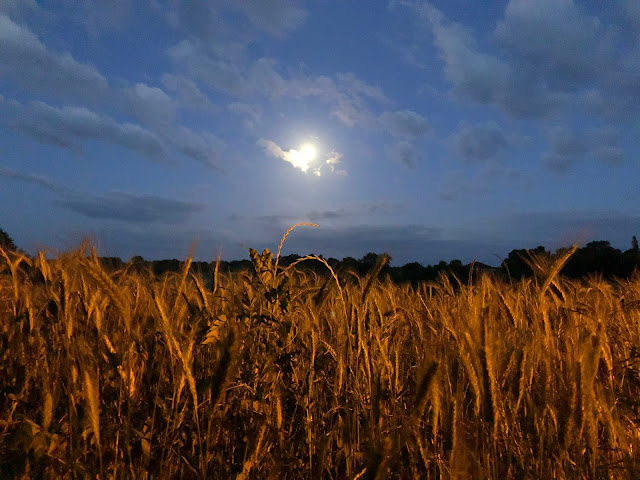 Hari OM
Having spent a goodly part of the night photographing the moon I lament that I have nothing quite to equal your morning shot! The poodle passenger is a delight to the eye... am not sure what point is being made with the map. We know OZ is BIG, as islands go, in single-country acreage. Most of it unliveable, unlike the majority of the comparison lands. And don't think the original occupants would consider that hotel 'spartan'! YAM xx

We came out of our building for Charlie's evening walk last night and found a big crowd gathered on the corner waiting for the moon - which was nowhere to be seen because of the clouds. I enjoyed looking at all the photos this morning in any event, but I agree with Yam that yours is outstanding. I also loved the poodle shot - don't think I will show it to Charlie lest he get "ideas".

Love the wheat field photo. And the chauffeur driven poodle. And what a satisfying explanation to the contrail circles mystery.

Definitely a magnificent wheatfield photo. BTW does Sophie know to pose for the daily photo record of her start to each day? Mr T turns his face away when he sees the phone come out, si I have to take him by surprise.

The chauffeured dog brought a laugh, but your wheat field brought a gasp of awe.

Unlike male PONs who would do what Mr T does, Sophie is a diva. Photos come with the territory.

The current chief test pilot circling the internment no less than 9 times a rather French corporate gesture.

Charlie will soon get used to being 'chauffered' around.

Not sure the original inhabitants would have been thrilled with the 'Hangmans Bar'.

Love the photo of the chauffeured dog - that's riding in style!
How I wish we had wheat fields nearby, so that I too, could attempt to capture the same image that you have taken, though I know it would be pale in comparison.
Would the original inhabitants of Bodmin jail ever have dreamed that one day their insalubrious surroundings would be advertised as luxurious - and people actually pay to stay there? Somehow knowing the sad history of such buildings, and the fate awaiting many of it's inmates, I doubt I'd settle comfortably - so not my first choice for a stay.

Loved your photo of the glowing wheat fields! The Font might enjoy these pictures of the Milky Way which includes a photo taken at Mt Taranaki here in NZ. https://capturetheatlas.com/milky-way-photographer-of-the-year/

What a sight ! Thank you.