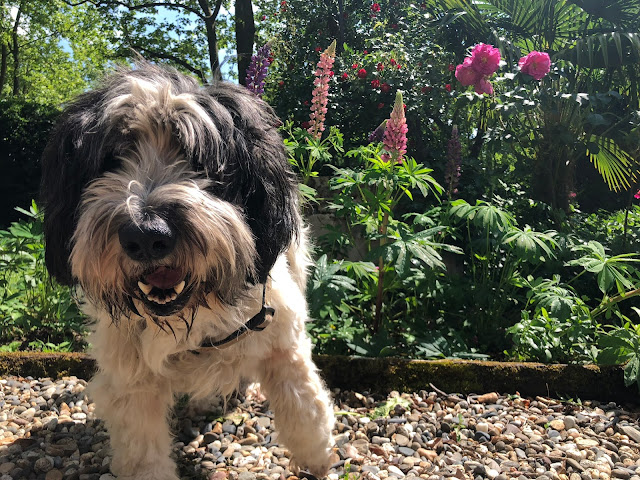 A new week brings with it protests in Brazil and the possibility of a change of government in Israel. Not so much a 'Good Morning' as a 'Get a move on !' from Sophie who is keen to get her day under way.
The moorhen mother and three chicks are happily sunbathing on the water lilys . By the time I get out the i-Phone they've scurried into safety. How do they know I'm  coming ? Sound, scent or something else ? 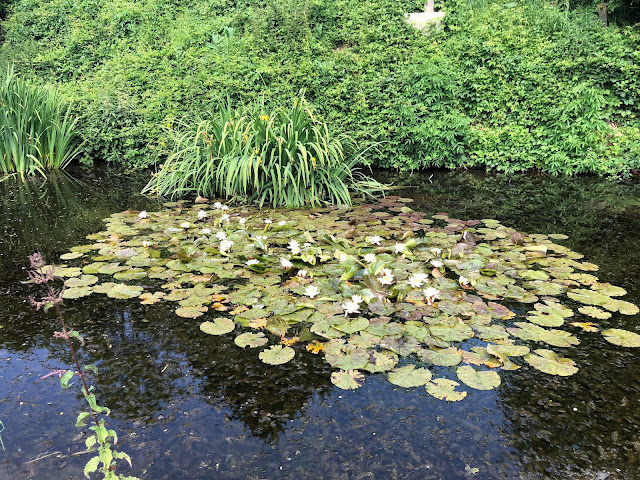 Round by the other pond a hard base has been laid where the line of trees used to stand. Workmen have been here on Sunday which must denote double ( triple? quadruple ? ) time.  Angus would love to know what is planned but doesn't want to seem too eager to find out. 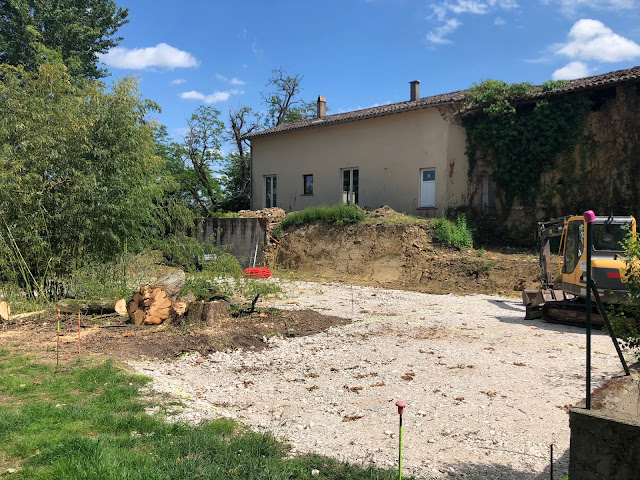 Sophie is now waiting for 'The Font ' to appear so that we can head off to the fancy bakery. She is allowed morning trips in the car  as long as the thermometer is below 16. Soon the heat will rise and Sophie will be confined to quarters. This alteration to the routine will not be well received. 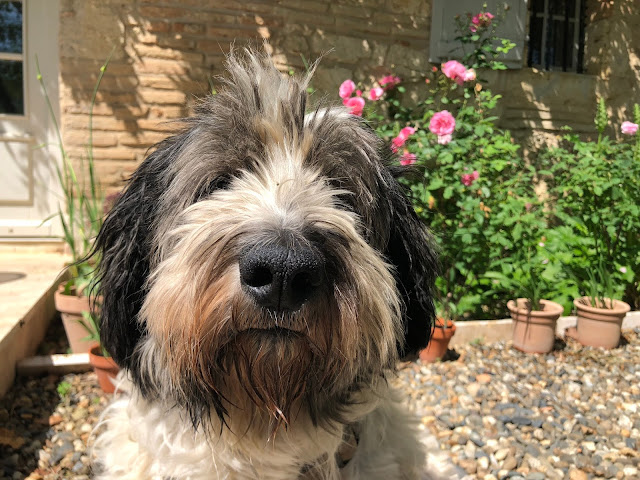 The British Prime Minster was married ( again ) on Saturday. The venue the Catholic cathedral in Westminster. Angus, being a dour Presbyterian, finds the architecture too 'exotic' for his taste. In another of those strange acts of serendipity he is sent a book about the cathedrals stone floors. Even though it's an English church it has a Scottish chapel built with Scottish granite . The marble is from Iona and is unusual for being almost white. It was chosen because there are wee specks of green in it like seaweed and churning surf. An ideal choice as Scotlands patron saint ,Andrew,  was a fisherman: https://www.westminstercathedral.org.uk/tour_5.php
Posted by Angus at 6:36 AM

The water lilies are lovely even if the moorhen family has scarpered.
At one point in my London life I regularly passed by Westminster Cathedral and always thought it ugly, at least on the outside. It scarcely does credit to the Roman Catholic church that they apparently allowed the twice divorced Mr Johnson to get married there on a 'technicality'...

Seems that 'rules' don't apply to some people.

You will have to keep your phone at the ready when you approach the pond, Angus, and catch the moorhen and her chicks unawares. We'd love to see a photo of them before they leave home.
We've had our morning walk and Inca is now crashed out for a restorative nap - it's getting quite warm outside, and we'll soon have to rise earlier and be out at the crack of dawn.
No, as we've learned so many times before, the rules don't apply to some people, and the Catholic Church has proved to be hypocritical. How shabby it all seems.

Sophie's photo, in front of the flowers, is quite charming. I read the BBC's explanation about why Boris was able to marry in the church, but further (simple) research, with consistent results, indicates that Pope Francis (only) "enacted new legislation intended to simplify and expedite the procedures for judging petitions for declarations of nullity"—which, I dare say, hardly applies to Mr. Johnson. But, is anyone surprised?

Hari OM
Crikey - I searched for images of the cathedral and confirmed that I had never seen it before (which is odd...) but struth that is truly ugly by any architectural measure! The fact that Iona was mined out of all its marble, almost all of which went everywhere but Scotland is rather disheartening.

I had the same thought as Coppa - have the phone out and primed as you approach the pond! YAM xx

Yes, the higher temps and taking dogs along doesn't always work. I do have a "remote start" that will allow my car to run for about 20 minutes, just enough to do a quick errand.

I read the news about Boris Johnson, that also noted that he married for the first time a year before Carrie Symonds was born.