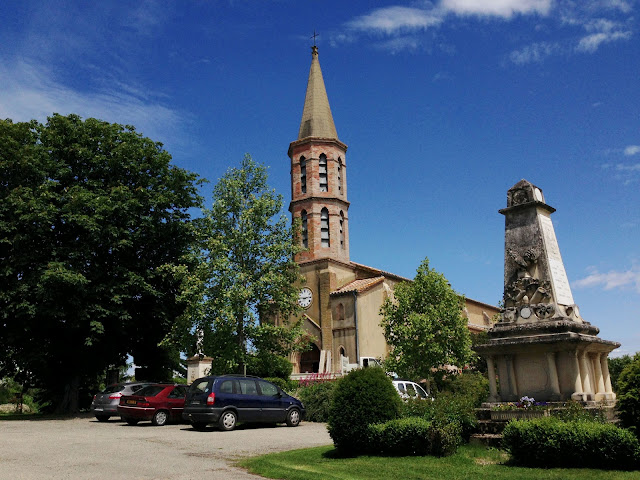 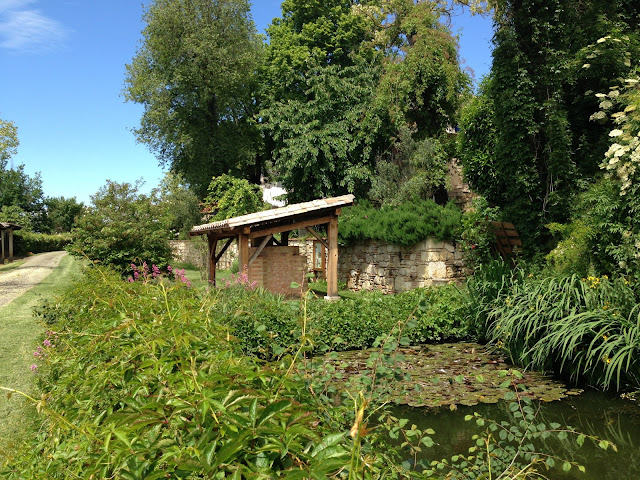 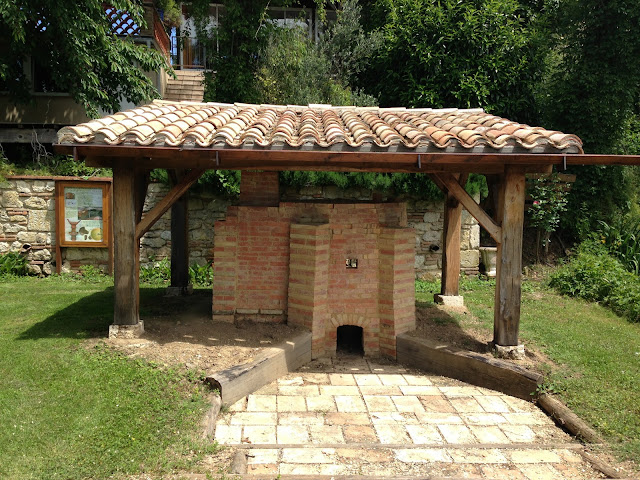 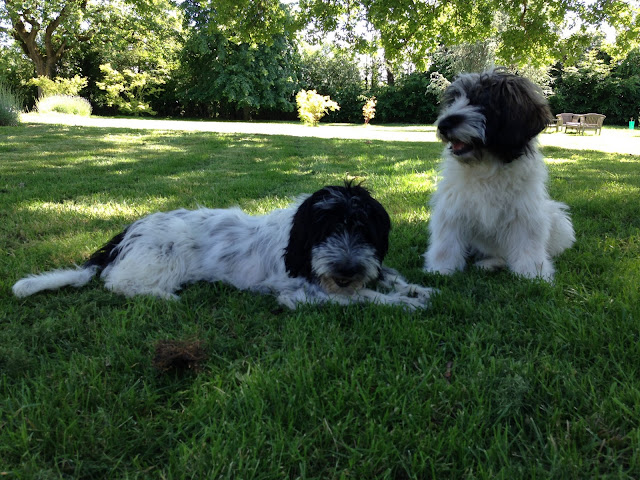 Out for our morning walk. All the usual stops. War memorial, fire hydrant,  church porch, the tree outside the Salle des Fetes.  Bob trots along beside me contentedly. Sophie weaves and wanders with every fresh smell, sight or sound. By the pond the old farmer ( not to be confused with the very old farmer ) and the farmer with the enormous red bulbous nose are standing staring at the reconstructed 16th century pottery kiln.

'' Bonjour M'Ongoose. They've asked us to test fire her " says the old farmer combining explanation and greeting in one sentence. ' Big job. Big job ' adds his bulbous nosed colleague in case I'm unaware of the enormity of their challenge . ' Got to reach 1600 degrees . Might have to replace some bricks to stop heat seepage '.

Despite the warmth  the old farmer is wearing grey track suit bottoms , a red check shirt and one of those tartan hats with fur flaps that Canadian lumberjacks wear. His red nosed colleague is identically dressed except he's wearing jeans of a peculiarly voluminous cut . Maybe it's some kind of kiln restorers uniform ?  We express admiration for their technical skills and leave. Sophie licks the old farmers hand.
Posted by Angus at 7:41 AM

At 1600 degrees the farmers might also have to replace the timber framing of the roof, as it looks like the roof has been built above the kiln's chimney!

Two years ago, when it was last fired up, the roof tiles above went soaring into the airwith the pent-up heat. Quite a sight.

There is still that roof. Has it been modified?

To prevent a repetition of the previous disaster the mayor has instructed the old farmer to remove the tiles around and above the chimney before lighting it. We shall see what happens.

We'll also see if they've learned from the previous "mistakes" when lighting the kiln--I just hope that when they light it, whatever the old farmer and the farmer with the enormous red bulbous nose are wearing is flame retardant.

why on earth? !!! at least fire it up in winter! when it's heat is desirable! time the mayor stepped down.
hope you have a volunteer fire brigade of some sort? come to think of it... what do you do about fires in the deepest france?
sophie's a little charmer.

Was your deepest France profonde a source of 16th-century faience? Perhaps you could make your own tiles for the bathroom re-doings?

Have I missed something important? Who uses the kiln? What are they making? More tiles?

Is the nose red as a result of....burns?

No. The red nose is down to Armagnac. Much of it distilled, illicitly, at home and drunk in copious quantities over many years .

An old link that might provide some insight
http://wilfanddigby.blogspot.fr/2010/07/great-weekend-arrives.html

At least there is a nearby pond if the kiln "fires up" gain...good luck to the two old farmers with their experiment.

I see that the kiln still has a cover over it. That was a problem in the past, wasn't it?

The two pups are looking adorable. I'm so glad to hear how outgoing and happy they are.

There is a possibility it could be rosacea. Men rarely develop rosacea (a very mild form, sometimes just slightly rosy cheeks is quite common in women) but if and when men do develop rosacea it can become almost disfiguring if not treated.
.
Of course, just a small possibility.
..
Bob & Sophie are delightful as always.

So none of this group is the bad farmer then. I must admit to feeling a tad confused, seems I can only keep so many farmers straight in my mind!

Sant Ritz is more than just a home. Its combination of condominium status with
contemporary ville living.the interlace condo