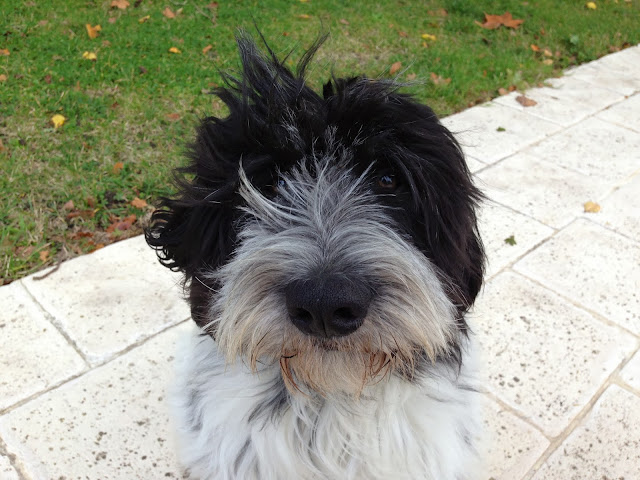 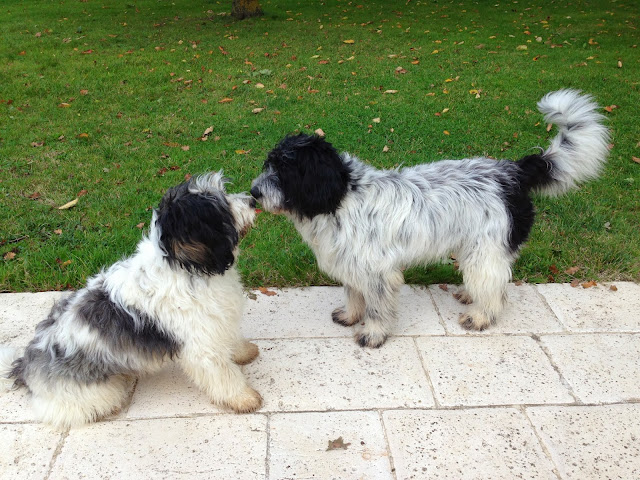 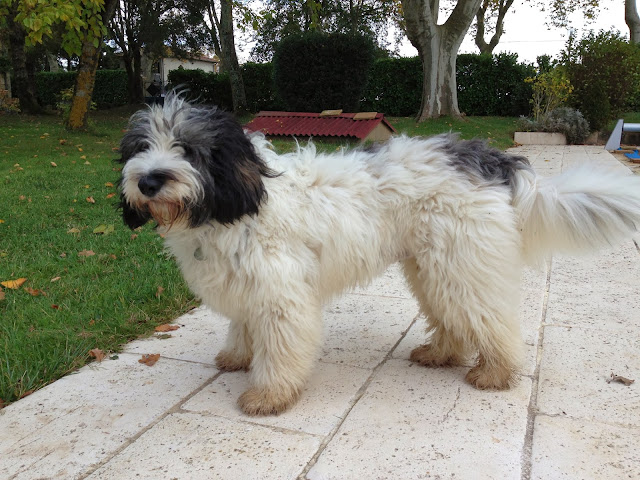 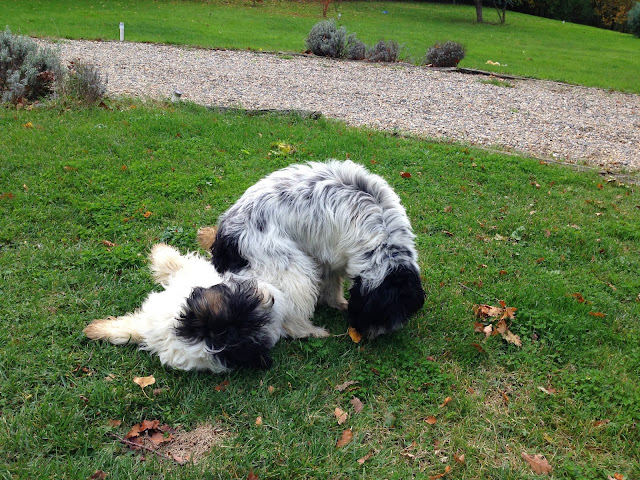 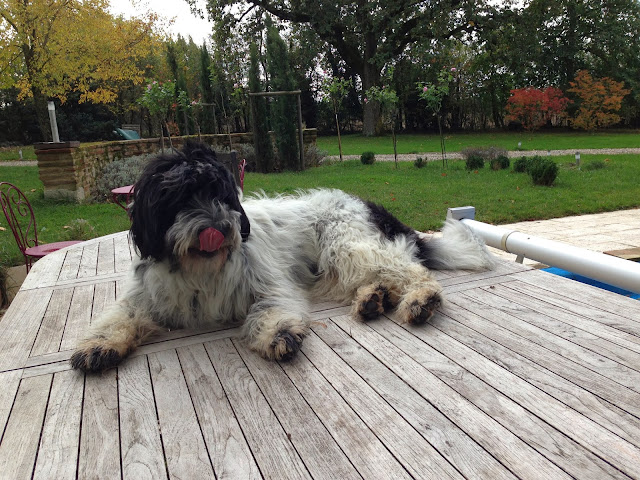 The French, Samoan, Australian and New Zealand 13 a side rugby teams on the Toulouse flight. On the other side of the aisle two huge and heavily tatooed Maoris. Each of them has brought on board a plastic bag containing four tubes of Pringles potato chips. They graze on these throughout the flight.

Angus leaves his airline dinner untouched. The rugby player across the aisle turns and says '' You not eating that mate ? ". Without further ado his empty tray is swaped for my full one. Never has a British Airways meal been consumed with such gusto. The phrase '' he's as broad as he is tall " not an exaggeration when it comes to some members of the New Zealand team.

Time for 'the font' to set off to the airport . Bob refuses to get into the back of the car. He leaps onto a garden table and won't move. When he does move it's back at high speed into the house to play hide and seek under a bed. He's having great fun. 'The font' mindful of the time, is less enthusiastic about this game. The PON duo are finally enticed into their pen with a Carrs Water Biscuit . They are left alone in the house to ponder the wisdom of not obeying commands.

So the wait goes on for a photo / video of Bob activating the swooshing airport doors...

The power of a Carrs Water Biscuit, irresistible, lucky for the font or it could have taken 4 tubes of Pringles !

Bob you've been a naughty boy, and you've made Sophie take the punishment with you too....not good.
Now we don't get to see you making the airport doors whoosh open.....

I misread the title Tasting the Boundaries--well Bob and Sophie do appear to do that too!

I wonder if the airline had to add extra fuel to compensate for the weight of four teams of rugby league players? NZ versus Scotland (in the four yearly Rugby League World Cup) about to start at Leeds. It is nice to know that you've checked out the competition to Scotland and even helped to feed one of our team so that he has extra energy for the game :)

Wonder if it was Sonny BIll? Either way you are right - go NZ :)
Sorry Angus.

Naughty Bob... Were Wilf and Digby this challenging?

Were Wilf and Digby this challenging ? We dont think so. There again Digby was called Digby because he loved to dig. Wilf was called Wilf because he was decidedly wilful. Perhaps time has dulled the ' excitement ' and memories of having two darlings from the same litter ! There again this time round it's just the two of us sharing the house with them.

Age and time seem to dull the memory!!! I'd bet that Digby and Wilf were just as excitable as Bob and Sophie. You just didn't have a blog to share the excitement with the world !

Do you think that they really pondered the consequences of not obeying commands? I hope so... but young dogs will be mischievous for a long time! Shyla still is!

I wonder if it took four tubes of chips to get him on the plane?

I wonder if the duo will reconsider next time....

Glad to hear that you were helping out the kiwi team. Would hate our boys to lose weight on the flight and feel faint.