If you tell the truth, you dont have to remember anything. 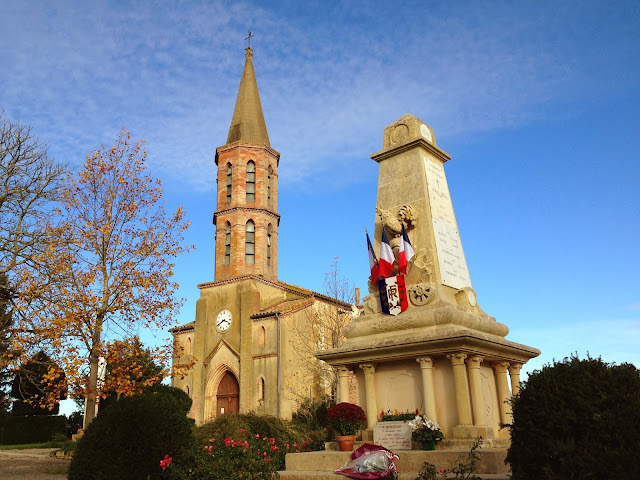 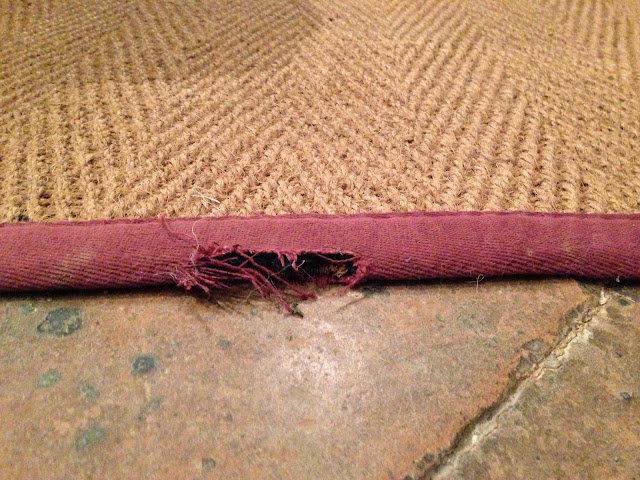 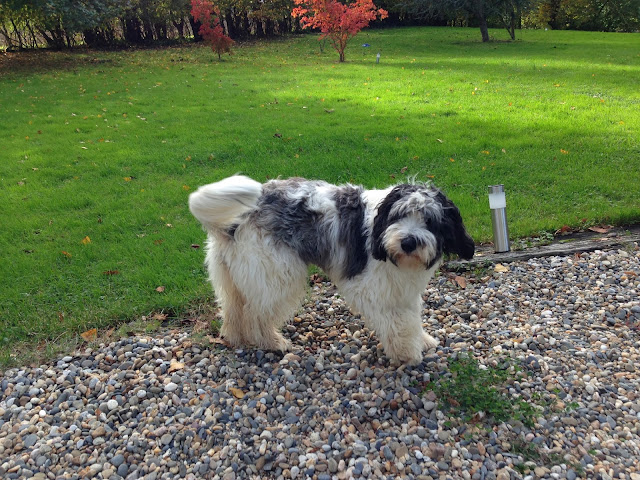 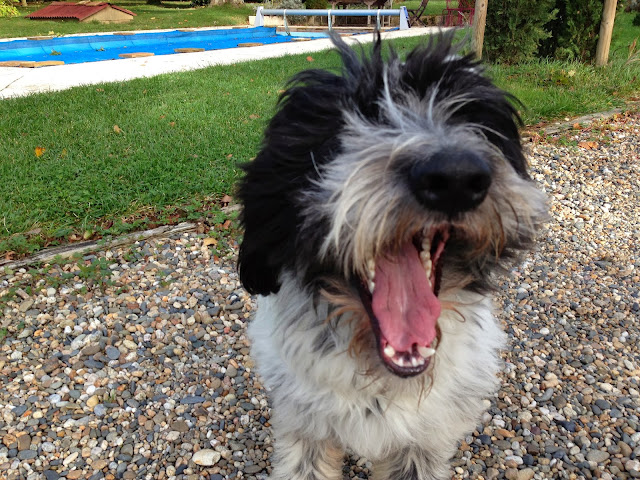 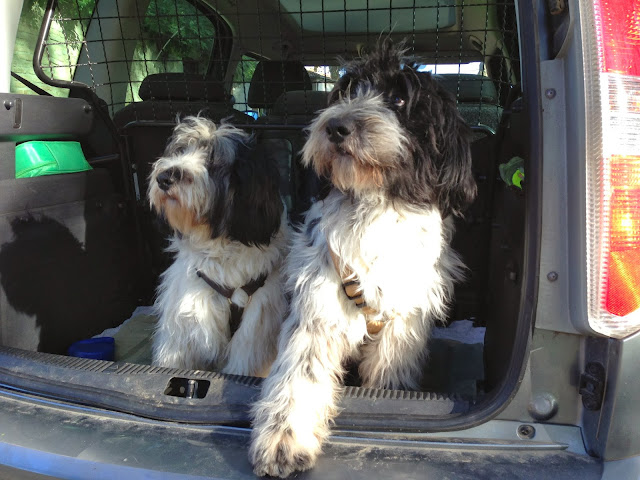 While we're at the Armistice Day commemoration, Bob is busy indoors . He spends his time improving the large sisal mat in the downstairs hallway. By the time we return he's chewed and swallowed a strip seven inches long. He flashes us his ' back so soon ? ' smile.

The old farmer spends the afternoon working on his motorhome. In the late afternoon he wanders over for a chat. Having found the tomb of his father, he's now planning to set across Europe with a gravestone to set over it. Angus wonders quietly to himself if the onset of winter is the best time to be heading off to Belorussia in a less than pristine 1972 Ford Transit camper wagon.

He found the tomb. But what wonderful news! Well done the old farmer. So pleased.

I'm so happy for the old farmer that he's found his father's tomb, I was hoping that he would. Now he's on another quest and once again I wish him well.
"Bob, my what big teeth you have!" "Yes, the better to chew sisal rugs with."
Angus, until you have the rug repaired, a little duct tape to the rescue.....so you don't trip over the damage....smile.

Wow, he found his Father's tomb, never thought he'd be able to do that, hope it's brought comfort to him as it's obviously prayed on his mind all these years. I wonder what the French equivalent of AA/RAC is ?

That's an impressive bit of damage Bob but I'm sure the mat didn't taste as good as yesterdays trout !

I, too, am happy the old farmer found his father's resting place. Did he seem nervous about making this journey? He probably isn't because he feels capable of doing most anything. I wish him Bon Voyage!

Wishing the Old Farmer a safe journey.
New subject. We crate the pup when we are out. She can't be trusted to not get into trouble when unsupervised.

I've been wondering if the old farmer had completed his quest. So glad for him. But agree that driving off toward Belorussia at this time of year is iffy. Godspeed and bon voyage to him.

The smiles in the last picture are worth more than 10000 rugs.

And if it seems you have fewer comments today, for some reason, today's post isn't showing up on the Feedly feed.

Oh me of little faith! I confess i didn't hold out much hope that the old farmer would be able to find his father. Didn't he set off with just a photograph? I'm so glad to be proven wrong? How on earth he found his
father I can't imagine. It must be quite a tale.

Bob looks like quite the high fashion model, all bright eyes caught in the camera and long legs stepping out of the limo. Sorry Bob. It's just a vague passing resemblance.

Ah, could they look any more innocent?
xo

I suspect the old farmer will be back with quite a tale to tell!

Oh, Bob! I hear restrictions in your future...

Ah, the old farmer and the tale of his father. Sweet and lovely. I send him safe wishes for his travels.

Ah, the old farmer and the tale of his father. Good for him. I hope his travels are safe and fulfilling.