While we stop to think, we often miss an opportunity. 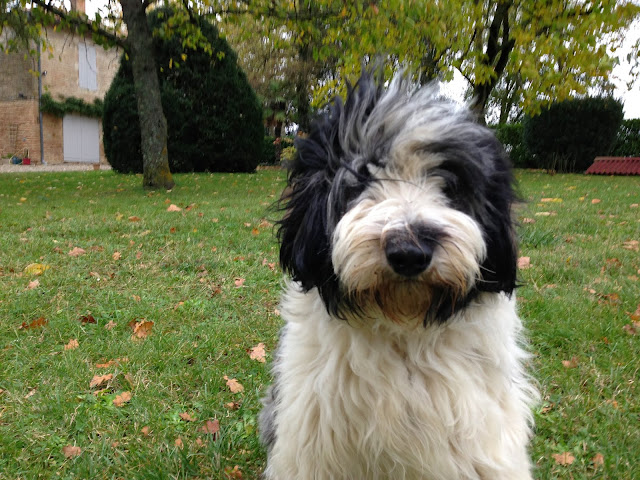 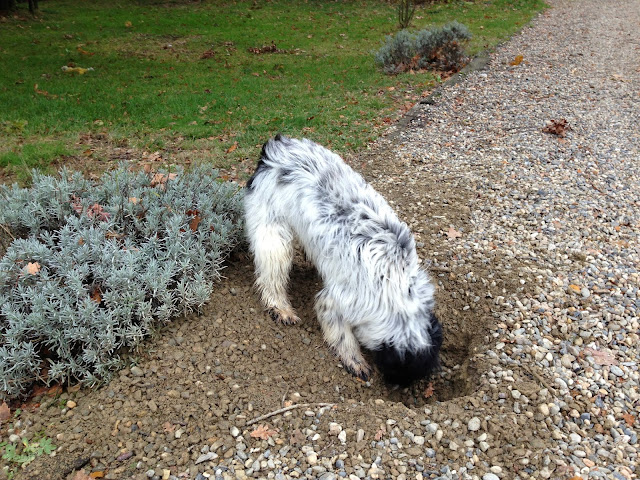 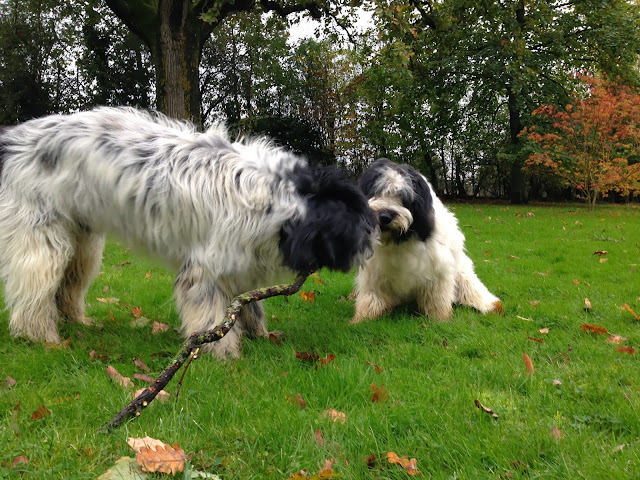 Sophie re digs the hole for a third time. It's a little deeper and a little more towards the centre of the drive than the previous two attempts. Angus fills it in again while Bob watches. There's no doubting that if Sophie was human she'd be the sort of girl to keep a Harley parked in the barn. Demure to demonic in ten months.

Sophie reminds me so much of Maggie a little girl Scottie we had. We used to call the Biker Babe - another Harley girl.

I just love to read about Sophie's antics. The antidote to female stereotyping!
Cheers, Gail.

Put the spade away......place a fairly large rock in the hole to deter her from digging in that area....hopefully she'll move on.
Sophie wore her t-shirt so well after her operation that I'm sure she'll look splendid in a biker babe jacket astride a Harley.
On another note....one of the questions yesterday on Who wants to be a Millionaire focused on an exercise that is horse-like...and of course I knew the answer because of you....Prancercise....I could have won myself some money....I would have sent some funds over for Sophie's new bike.

And here I was thinking Bob was going to be the handful … it's the quiet ones you have to watch out for ;0)

Still waters run, or in this case dig, deep.

Until now I'd forgotten all about Prancerise !

I've a feeling she'd be a Miley Cyrus too--Another someone whose gone demure to demonic!

what a stinker!! we always forget the puppy stage!
xoxo

Ha ha ha! The girl has persistence, I give her that! She'd be the one to chase down masked intruders if they broke in ever again, too!

Since she comes from a farm/herding background, perhaps she needs a flock of something to rule over.. Digging just satisfies some boredom in her.
Maybe take her to herding school!