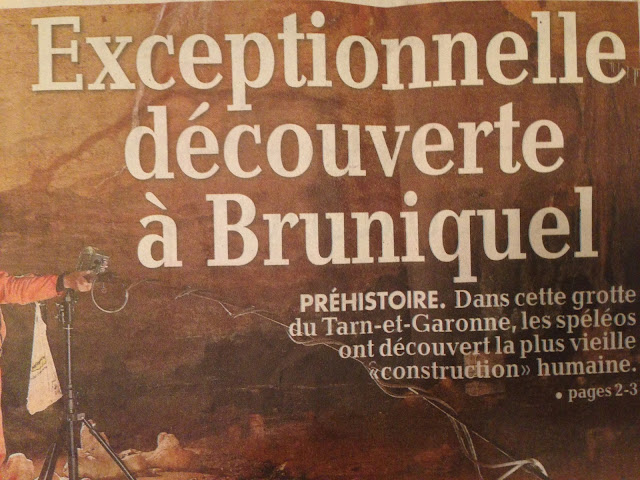 The local paper announces that archaeologists have discovered the earliest indications of human life ever found in a cave by the river. The finds are apparently 176,000 years old. The paper says these most recent discoveries are 40,000 years older than anything found before. The rest of the article is rather vague as to what exactly has been found. 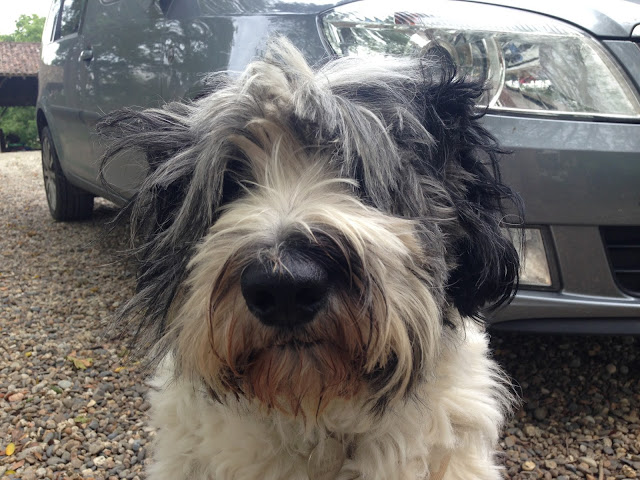 A flock of twenty young swallows squabbling contentedly away in the courtyard. The overnight rain has left some small shallow puddles. They squabble, drink, then squabble some more. Sophie tries chasing them but they're way too quick for her. 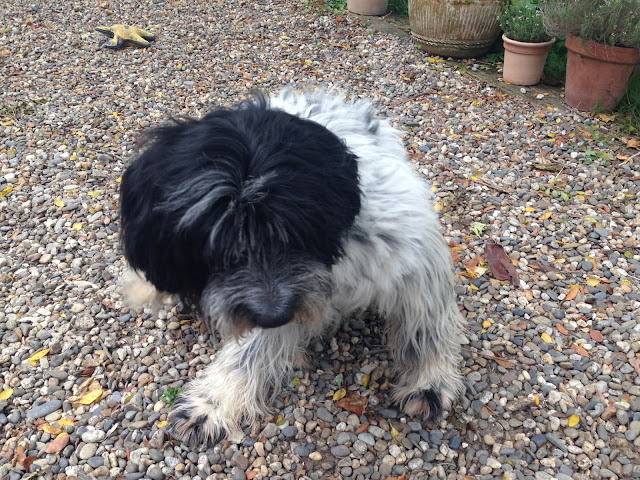 Bob starts his day with a long, lengthy, satisfying scratch.

It's going to be a quiet day in deepest, deepest France profonde.

What better way than to start the day than with a long, lengthy scratch?
Poor Sophie - another bad hair day by the looks of things - it's just not fair to have a brother so svelte !

I understand from someone who is in the business, so to speak, that archeology people are often vague in describing locations of finds lest vandals of one kind or another rob the site.
This find, however, made international news. You have some seriously old neighbors, who apparently had gathering sites in caves. Plus, were Neanderthals.

A quiet day, with time for long scratches is good!

In the not too distant future, your little town is going to become a historical destination. The only problem, is getting there between strikes!