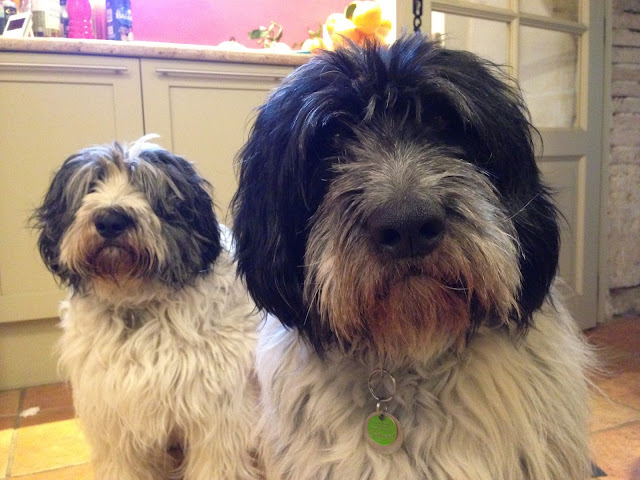 The PONs hear me wander down the stairs. They come into the kitchen with that ' Are you ready yet ? ' look. 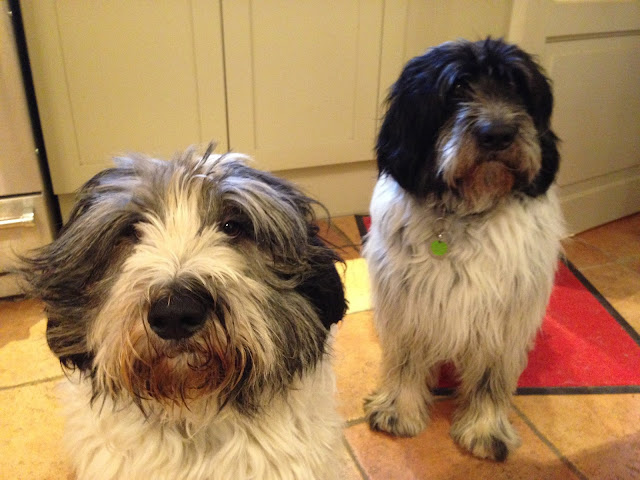 There's time for a cup of coffee and a walk before heading off to the greengrocers. 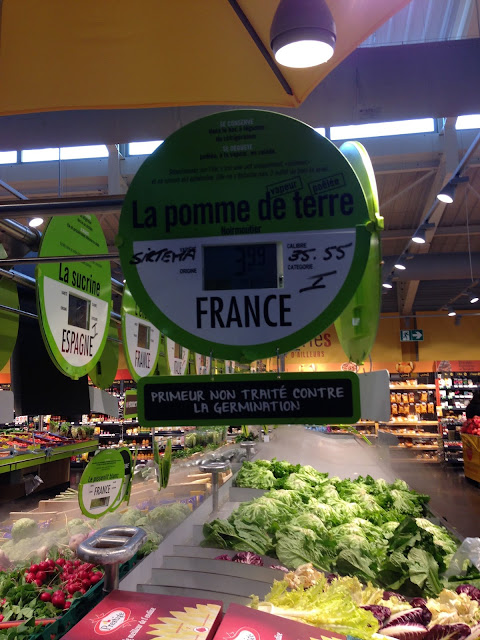 Should we or should we not buy potatoes that have not been treated to prevent germination ? This is the first time Angus has ever had to make this choice. Do they now have to display this information in British greengrocers ?

Another National Holiday. There are no less than four this month. On our afternoon walk we pass a group of people standing watching the statue of the Virgin Mary outside the church. Should I tell them they should be looking at the other statue ? The mayor is talking to them. He's borrowed the step ladder to put up the flags on the war memorial for Victory Day. The ladder is left stranded on the village green while the mayor deals with the visitors. 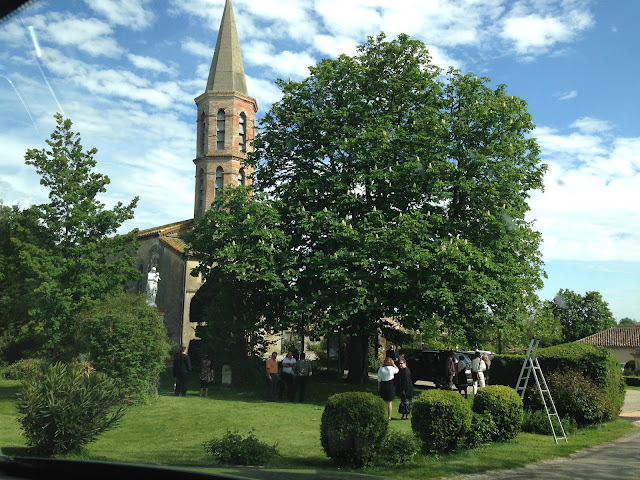 We wonder if statue watching in your little village will become a national pastime? Will you be right up there with Paris as a place of interest to visit? There are the PONs, too, after all !

Your village will soon be a rival to Lourdes...

The village of the creaking statue.

How long before a refreshment stall appears ?

We got a loud boom from a canon shot at the war memorial at 8 a.m. yesterday. Did your village fire one, too? And what did Bob and Sophie think about the noise?

He's a very hands on Mayor putting the flags up himself. I wonder if Boris was as handy during his tenure as London's mayor?

A cannon ! With our villagers ? Thankfully not.

Let's hope everyone soon gets bored with the statues lack of activity.

There again you can be hands on when you only have 67 inhabitants to shepherd.

Our shop has 'potato lites'? Apparently not as much starch....

Buy the untreated potatoes.
And never run for mayor.