The most fearsome dog in the world ? 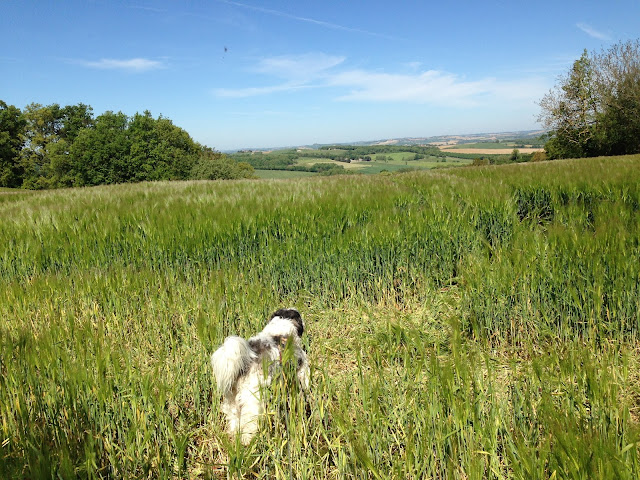 The wind has flattened an area of wheat. Sophie finds this intriguing. She looks out for small fluttery things to chase but she's out of luck. Instead Sophie plays. Tearing off through the wheat, squeaking with joy,  imagining she's the most fearsome dog in the world . Perhaps this is why humans and dogs have interacted for so long.That ability to lose yourself in the moment. We've lost it. Dogs retain it. 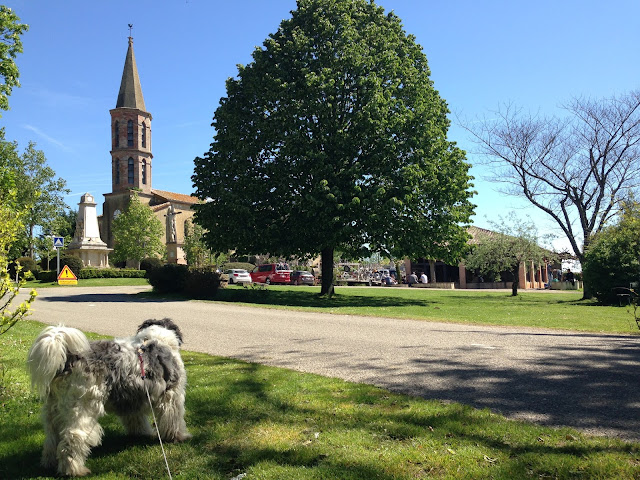 It's a national holiday here in France. A red SUV parks by the churchyard wall. A man in a leather cowboy hat gets out and gesticulates towards two cars who have parked on the grass in front of the war memorial. ' Come over here. You'll be in the shade ' he shouts. They park on either side of him. A group of ladies and gentlemen of a certain age get out and wander over to look at the creaking statue. They linger briefly before heading over to the low wall around the Salle de Fetes to have lunch. The ladies of a certain age set out rugs and bustle around . The men folk stand , arms folded, watching them. Sophie, who can smell sandwiches a mile off,  has to be 'encouraged' not to rush over . A crate of beer emerges from the back of the red SUV. The sound of laughter carries across the village green. 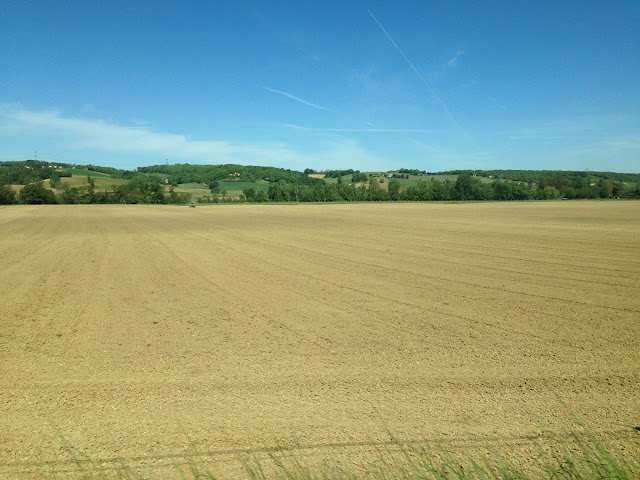 Down in the valley another old farmer has sold his farm to a large conglomerate. Over the space of a week all the hedges have been ripped out. In the distance a solitary tractor ploughs a field the size of South Dakota. 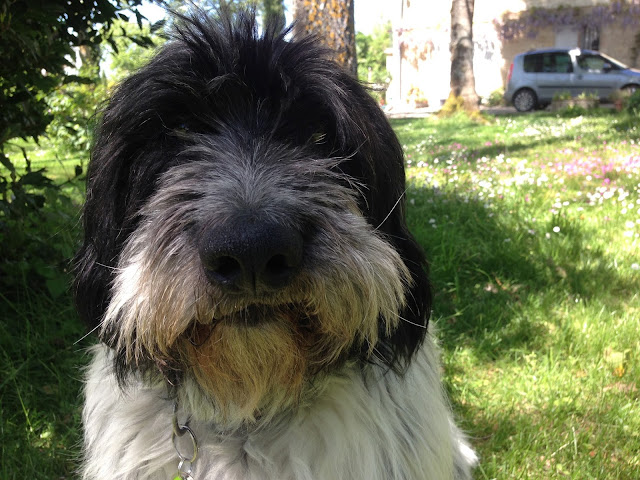 Bob helps with the gardening. 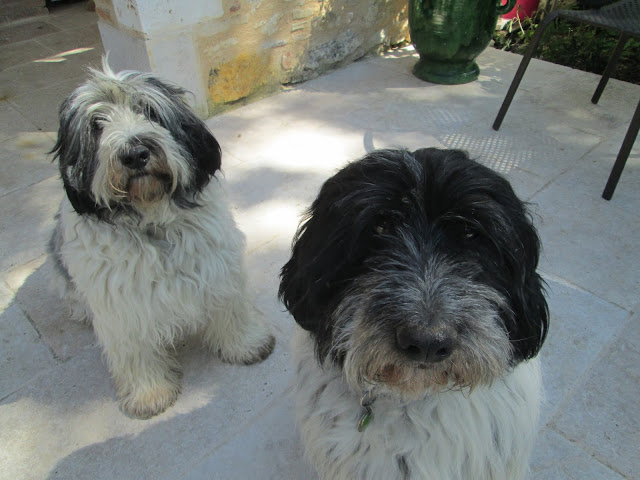 Then a gentle reminder that it's time to Throw The Furry Fox.


And here's an article that explains why Obama became involved in the Brexit referendum. https://geopoliticalfutures.com/obama-and-the-european-union/

So sad that all the hedgerows have been ripped out. Is Sophie really the most fearsome dog in the world ? That makes Bob the second most fearsome !

That's so awful about the hedgerows. They are habitat for so many animals. I'm from the Midwest and am used to gigantic fields, but the U.S. is so big that even with big fields there are big wild areas and lots of wildlife. In 15 years in rural France, I've never seen a boar or a deer or anything. One fox (don't tell the PONS). In the U.S., my parents, who lived in a city of half a million people--not even in the country--had deer in their yard. My brothers, who live just outside the same city, have even more wildlife coming through, including coyotes. There are even rumors of cougars.

That's sad about the hedgerows... and like Taste of France said, in the suburbs here, there are all kinds of wildlife-- coyotes, scads of cottontail rabbits, opossums, foxes, bobcats, raccoons, etc....

Your photos, as always, are gorgeous... thanks for sharing your part of the world with us.

I too am so sad about the loss of hedgerows - sorely missed in my home county Nottinghamshire.
Cheers, Gail.
PS Interesting article about Obama and the EU, although I suspect we in the UK are a bit more interested in Obama's view of Brexit than Americans are about David Cameron's opinions regarding the Republican primaries... Is is a widely held view in the USA, that NATO is a liability not an asset?

Excellent article on Obama and NATO. Of course Trump favors Brexit, and he says US is spending too much in
its support of NATO. Wonder if Putin is contemplating the demise of NATO under a President Trump, who
incidentally, claims that Putin has called him a genius!
The sight of that field is rather sickening. The sprayers are sure to be out there before long.

Without alliances the world would be a very different place. Some people seem to find this reassuring.

How could you not throw the Furry Fox with those beautiful faces staring at you?! What a lovely part of the world you live in!

Picnicking pilgrims? Conglomerate farming? I’m grateful to pause with Bob and Sophie and their ability to lose themselves in the moment.

Not to be redundant , copperheads live in my hedgerows. Therefore, I like other people's hedgerows! I am very cautious when around my own.

With copperheads about I'd be cautious about hedgerows too !