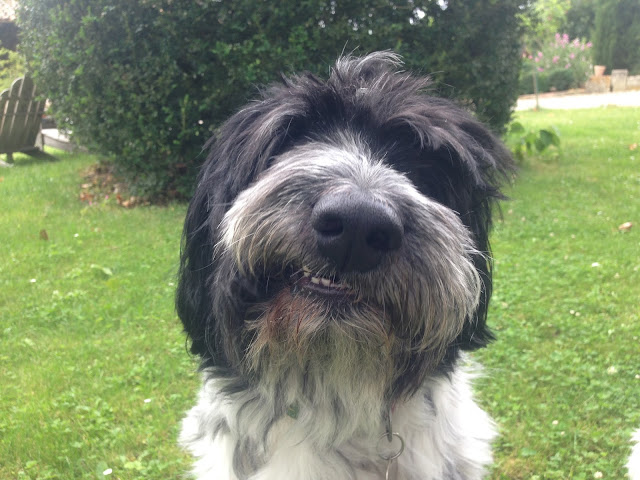 Angus sits in the garden talking on the mobile to men in dark suits. Bob listens intently. 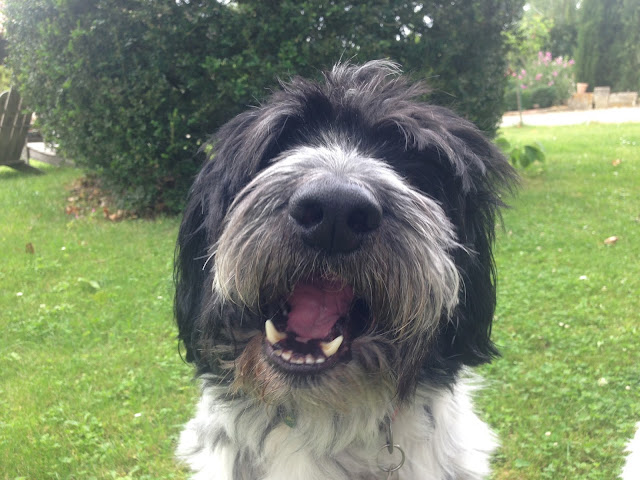 Jeff Sessions, James Comey, Theresa May. Bob has an OPONion and a face for each of them. 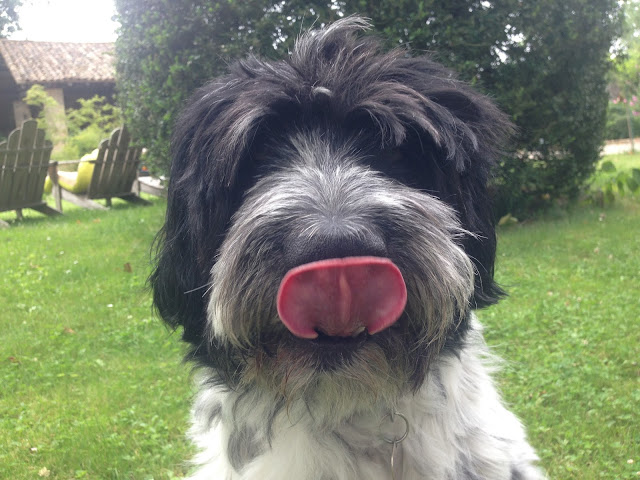 This is how politicians used to behave :

Can't decide whether or not I want to see Bob's Donald Trump face...

The last one is definitely the right comment to cover all eventualities !
Bob isn't devious enough for a Trump face, but Sophie might oblige....

The Theresa May face is very interesting indeed

Never underestimate our Bob! He has a Trump face, but hides it under his tail!
"Many people are saying that Bob is the most talented pup in the universe....BIGLY!"
Happy Sunday Bob & Sophie, it's the best day ever.
Pam in NH

That pun was a groaner, but the faces are hilarious.

Your juvenile comments bring down the whole energy of this blog.

Love the faces!! Jim Comey certainly was "must watch TV" on Thursday, and I'll admit, I watched it. I agree with the reports that he's humble, and a man of integrity and a leader. More than I can say about someone else.

Thanks for sharing the tweet. I also agree with a comment there that said "If his presidency was underwhelming his life has been opposite." An example for all politicians to follow!

I love Bob's expressions! A picture is worth a thousand words. :)

Bob is a shrewd judge of character.
Jimmy Carter sets a very high standard of service and graciousness.

Perhaps not the greatest of Presidents ( a tad too idealistic ? ) but I have to say that while doing my thesis at Emory he reminded me ( and 'The Font') of all the things that are wonderful and gracious and uplifting and special about America.

Idealists are often difficult and therefore not always held in high regard and sometimes with resentment.
It made me smile to read something so kind and generous about Americans.

Bob may be doing a better job than the media.

I keep looking for a "like" button on this thread. So many nice comments.

Don't know what you mean. We all deal with stress in different ways. Some of us with laughter if we can't do anything else about it. For some people all that happens is just fine. Other people like myself would like to see more self-monitoring, more decorum, more kindness, more empathy in our leadership. Recent research actually points out that leaders displaying humility are more likely to have better outcomes than bold and arrogant leaders, because leaders' behaviors are contagious.
http://www.colorado.edu/business/2016/06/01/how-does-leader-humility-influence-team-performance-exploring-mechanisms-contagion-and