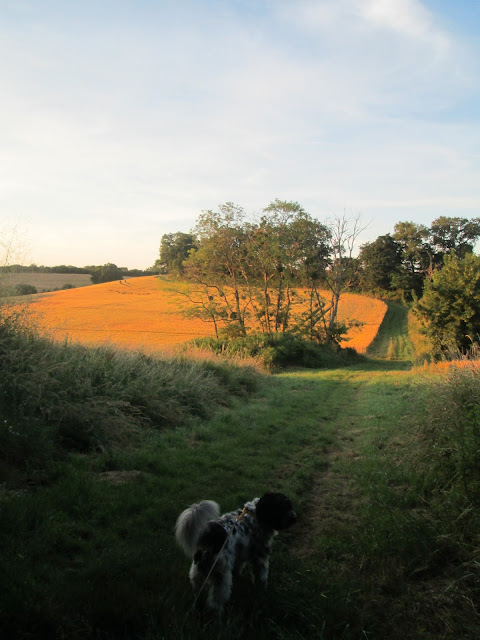 The heat has arrived and with it a change in our schedule. Bob and Angus head off for a walk to the Holy Well as soon as it's light. Bob wants to run ahead but is kept firmly on his lead. At this time of the morning the fields are alive with leverets and young deer. The deer are shy and soon duck into the trees but the leverets are innocent and still coming to terms with life. Probably a dozen of them sitting, ears twitching, on the path ahead of us. A simple wonder. 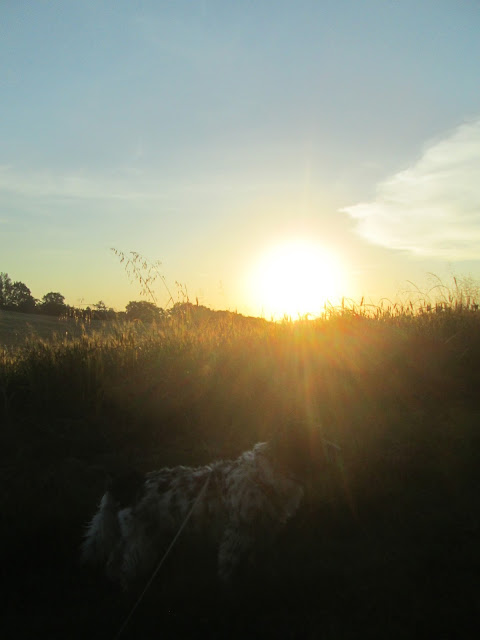 Something about the light at this time of the morning. The wheat, usually golden in colour, glows with a rainbow of reds and browns and greens. Bob and Angus stand and watch the colors shift as the sun rises. 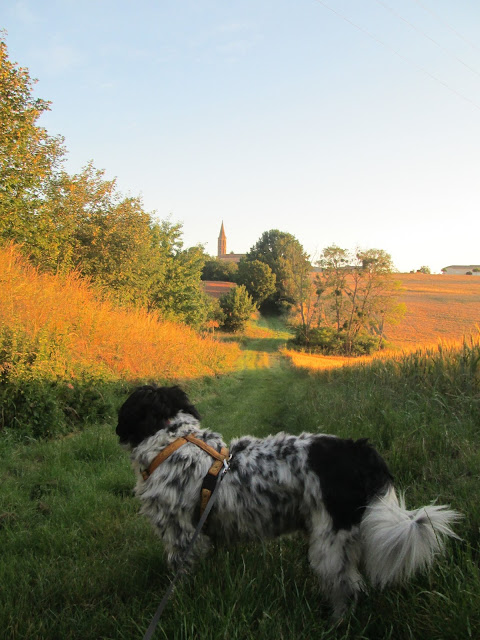 In the peace of the fields the sound of the six o'clock dawn chorus is thunderous. 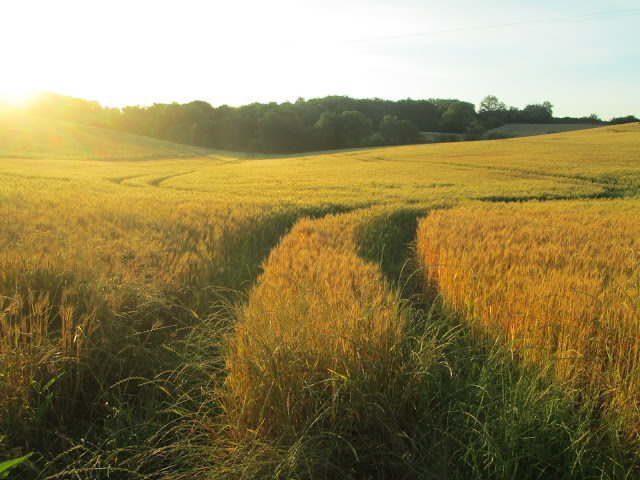 Home to find Sophie sitting under a tree casting glances towards the collar doves that are strutting, shamelessly, round the swimming pool. 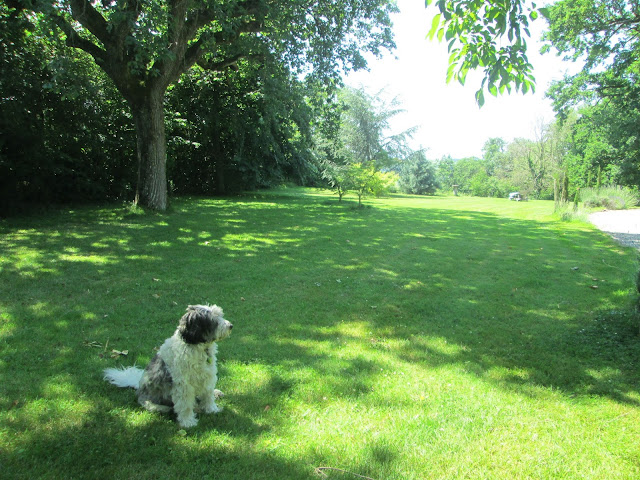 Bertie too would want to run ahead along that enticing grassy path through the wheat fields. Especially if the prospect of leveret chasing was on offer.

Amazing photos!
I went for a walk at 9 and it was already way too hot. But many people were out--everybody else trying to get in their constitutional before it becomes impossible.

That first photo could be of a field of marigolds rather than wheat. I'd much prefer to go on a walk with you and Bob than attend one of those lavish weddings.

Beautiful pictures, and I would say a picnic in those fields would be better than a lavish wedding. Keep it simple!

Such marvelous colors in these pictures. And what you have written to accompany them.

It's doubtful that people who have such lavish weddings would appreciate such simple beauty !

I had to look up "leveret". To me, it's a town in Massachusetts.
The colors in the third picture, and the fourth, are so beautiful.