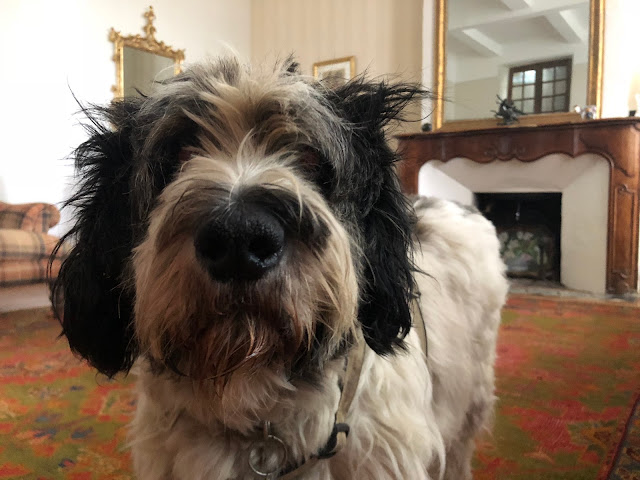 No mistaking the PONettes ' Get a move on ' look. The temperatures this week now down into the high teens. What a change from just a week ago when summer still lingered on. The central heating man will be here on Monday and the chimney sweep some time later in the week. I'm less confident about the chimney sweep showing up - ' I'm very busy but I'll be there by Friday'. 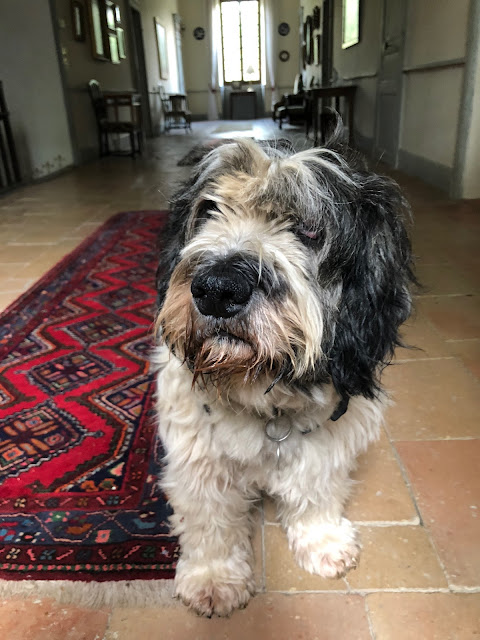 As Angus laces up his shoes Sophie positions herself to make it clear that tardiness in getting out of the front door is not an option. Non dog people sometimes hold the opinion that dogs only communicate via barks and whimpers. How wrong they are. 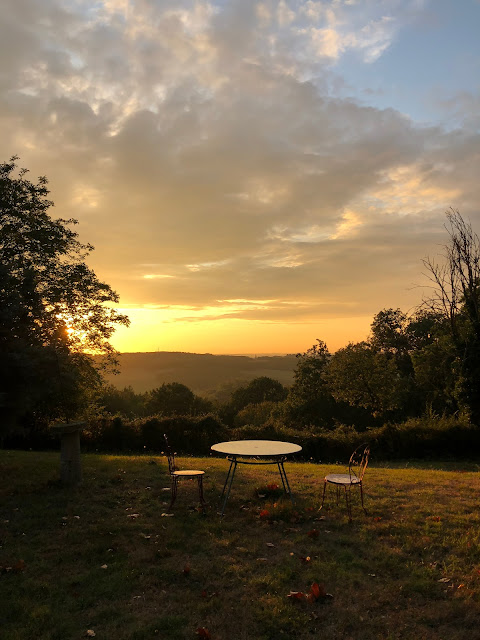 A real red sky in the morning start to the day.  Village goats, donkeys , chickens and horses all greeted. Time for a lengthy drink from a puddle in the road in front of  the house at the crossroads. 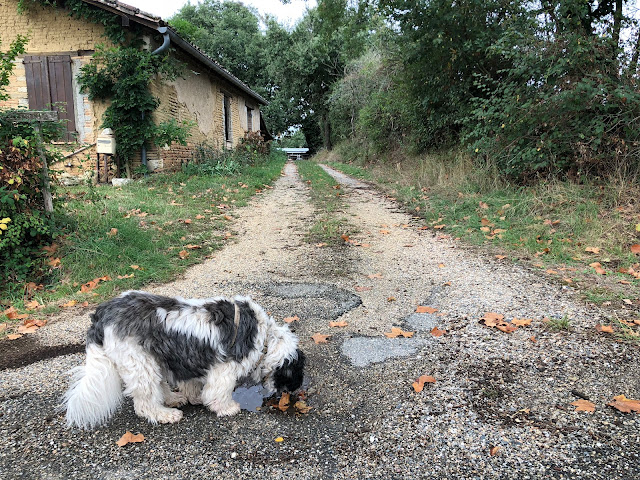 Another must read book arrives in the morning post.  New Blogger opts to insert this photo of it upside down which must be some sort of reminder that technology has its whimsical side. The story of the UK's previous ambassador to the US and his dismissal from office for a somewhat  'candid' view of our closest ally. Interestingly, despite being brought up in social housing, and from a troubled home he moved seamlessly to the top of the diplomatic corps. His subsequent treatment reflects badly on his political masters . 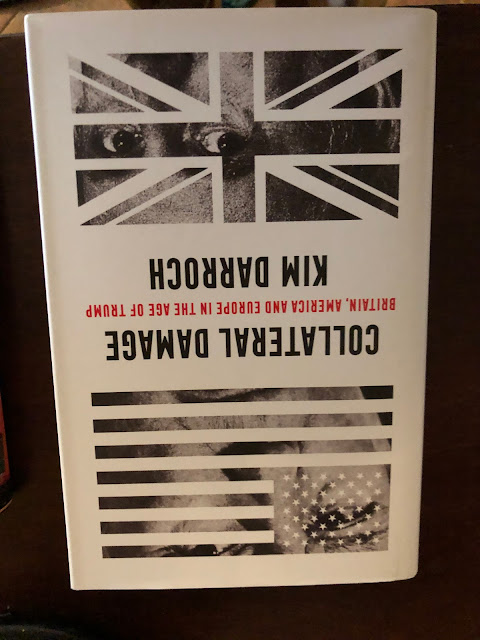 Wooly mammoths in Herefordshire. Thank heavens for things like this : https://www.herefordshirewt.org/news/national-lottery-funding-restore-and-explore-herefordshires-ice-age-kettle-hole-ponds-0
A golden oldie translated into French :https://www.youtube.com/watch?v=_ZSIBzHt3wg
Posted by Angus at 7:37 AM

Did the chimney sweep specify which Friday ?

Hari OM
Bwahahah - beat me to that thought!!! YAM xx

Sophie it is good that you are keen every day to get Angus up and out and about each day.

I look forward to reading Collateral Damages, and I agree wholeheartedly with your assessment.

Sophie! That LOOK in the second picture! Who needs words, or barks??