Opened a drawer in my desk and at the back found a yellowing Amex receipt. 27 coming on 28 years old so almost an antique. Amazing it wasn't shredded long ago . Dinner for three - with wine  - at Windows on the World came to $184 plus a tip of $36. If my hazy memory serves me correctly the view was better than the food. The two gentlemen I ate with worked on the 90th floor of the South tower. In those days they were young enough to be considered up and comers. If things had gone as planned they'd be retiring this fall or next. I shall have this dust gathering discovery framed. 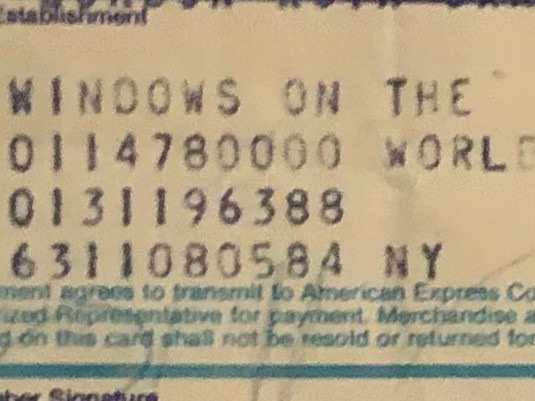 Loic is here. Today he is doing something with a watering can in a flower border. Usually he blows leaves but today he is doing whatever it is he's doing with great determination. 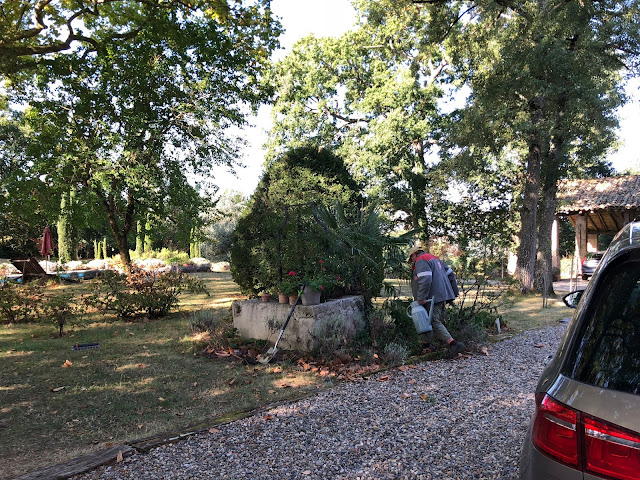 Sophie leaves Loic alone with his watering can and heads off with me on a tour of the village. 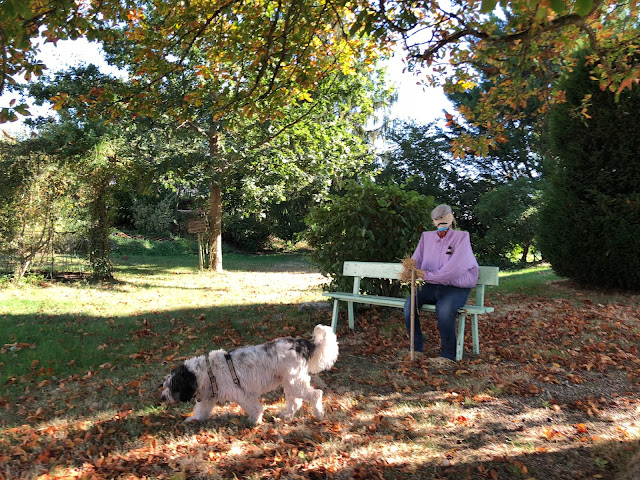 The pictures are unpacked. All have arrived safely. A picture of a Forfarshire landscape in autumn. 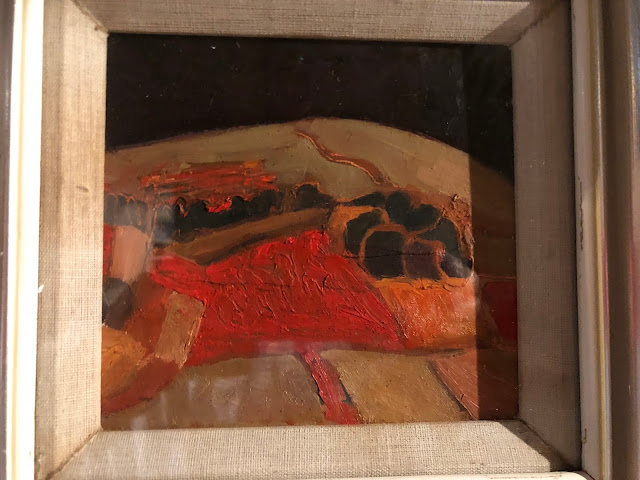 A jolly and colourful composition by an Edinburgh artist. 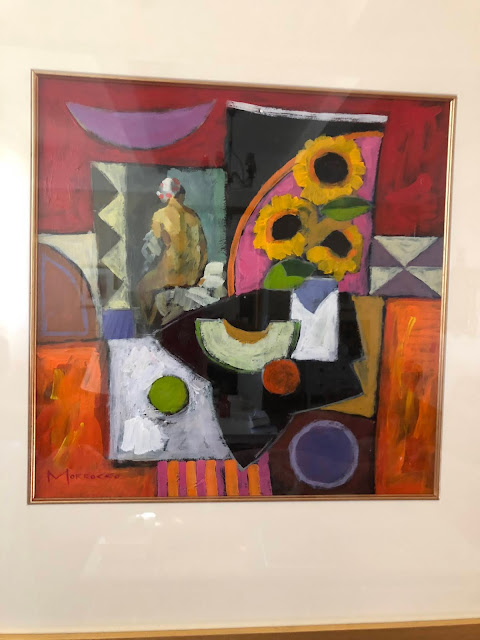 And a picture by a French fauvist artist that should be a warning against buying on whim in an online auction. The colours are strident. So too the brushwork. 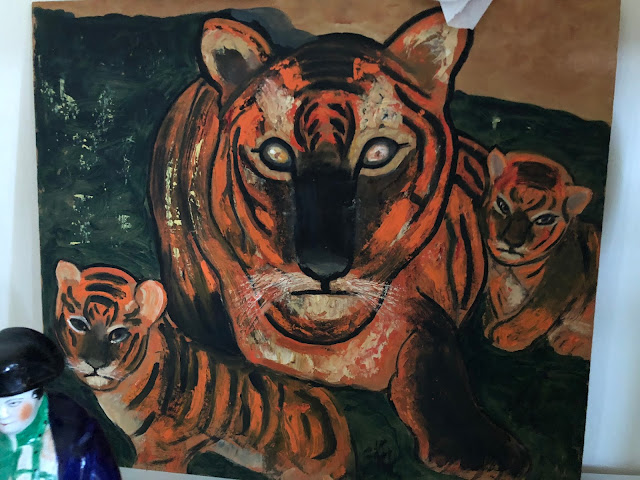 That receipt brought tears to my eyes, almost more moving than all the photos in the news today from "that day". The last time I was at Windows on the World was for my brother's wedding. The last time I saw the towers was from my parents' driveway in New Jersey, the smoke billowing out. We had been in the city until a few days before with our son, who was not yet one at the time, his first trip to the States.

I enjoyed the John Legend video as an antidote - I wasn't too aware of him before the pandemic, but from what I've seen since, he seems to be a fine person as well as a talented musician.

I am joining the conversation after being "away" for a while. I am relieved the Font seems to be recovering well. (Would her moniker come from "Font of knowledge"?). Seeing, and reading about, the receipt reminds me how much sadness there was, and is. On that day, I flew out of Dulles, on a 9:02am departure. I am fortunate that I am alive to retire (eventually, maybe). After the years I lived in France, Sophie's photos are a window to a happy time. And the music is a panacea. /Fay, the cardis3, NewSpoo, SE USA

I'm glad you told us that the first one was a landscape, I would never have guessed - but then I don't know Forfarshire! Sorry, but if I could be brutally honest - it looks like the work of a rank amateur - but maybe that's it's charm? I'm sure I have seen a copy of the last picture somewhere, but can't think where.
In the past you've bought such interesting artwork to grace the walls of the ROF - and the wee house in St. Andrews.

Insert 'all' in front of knowledge and you've nailed it.

I'd say in the first pictures defence that it hasn't photographed well.

The artist has used a slightly post armaggeddon colour palet but it looks better in real life.

My memory of the towers was your ears popping and having to change at the eighty something floor if you wanted to go higher. Fiduciary Trust had telescopes in their reception for guests who arrived early to peer through. Even sadder was that near us in Scotland a local farmhand and his wife - the most unassuming and shy people - who had a brilliant farm lad son who through impish cheek worked first in Edinburgh and then in New York. The blue tab collars and yellow silk ties borderline gauche but he charmed and was charmed by the American girls. Perhaps a little too assiduously. I had a drink with him in the bar of the Royalton not long before hand and dutifully reported to his parents that all was well with him. One of those worst moments in life when I got back to the farm that night and went with The Font to explain what was going on. A time when news was still filtering in. That ' I'm sure there's no need to worry' reassurance given. They shrank into themselves when the final news was delivered. I didn't think you could see people shrivel in front of you , but it can happen.