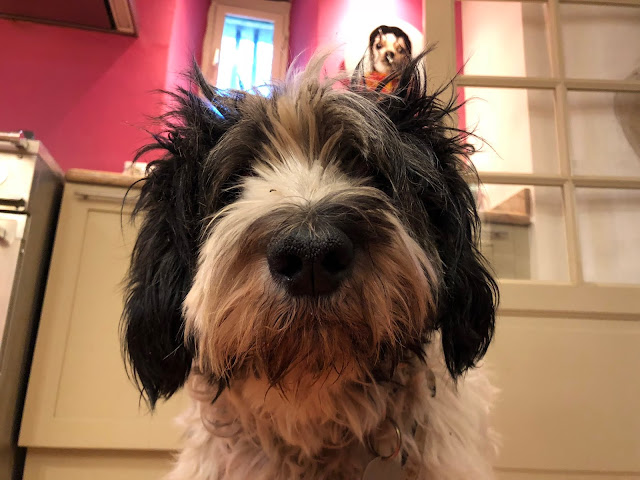 Sophie starts her day sporting that svelte ' I've never been near a brush or a comb in my life ' look.  There is a strong, warm , wind from the west today which means things get worse in the canine hair department as the morning wears on. 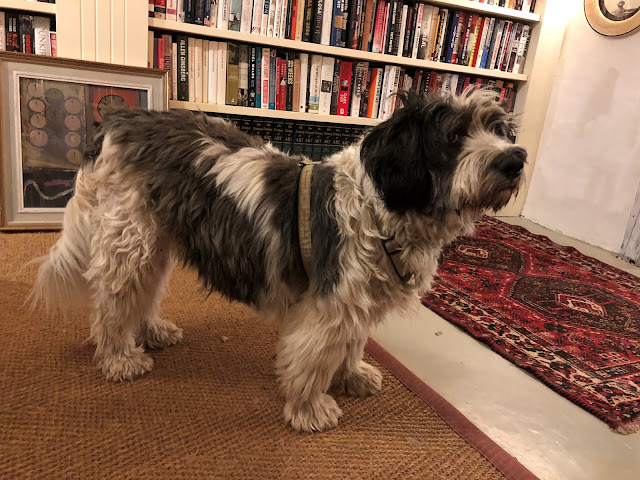 Outside the church a van with a sign that makes me no wiser as to what the company actually does. Many French vans have signs for services unknown - or undreamt of - by Anglo-Saxons. 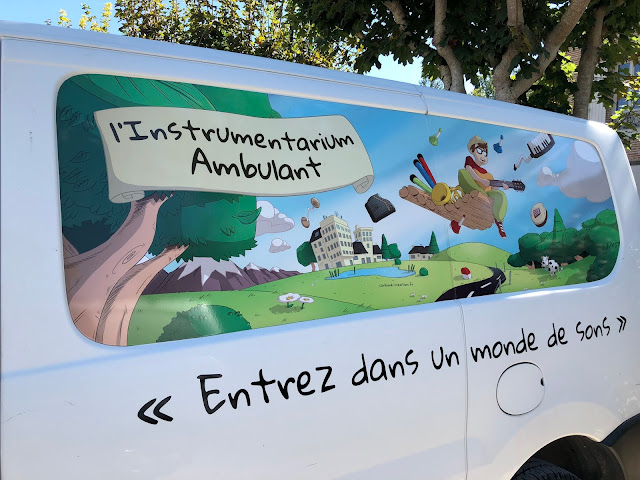 We drive down to the river for a long walk in the shade and out of the wind. 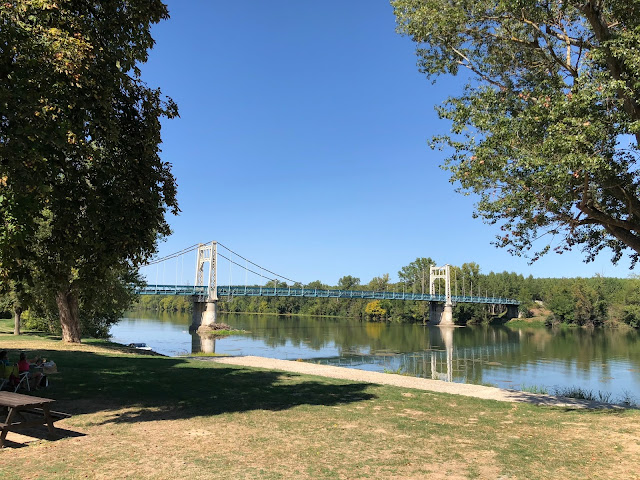 A pilgrim is dropped off on the bank near us by two fishermen. Sophie wanders over to see if he might be carrying biscuits. She is disappointed and issues a grumpy yelp of irritation before leaving him alone. Why he couldn't have walked across the bridge is a mystery. Perhaps he's trying to do what the medieval pilgrims would have done and taken a ferry across from the other bank. The outdoor motor on the fishermans boat slightly ruins the bucolic image.

It is setting up to be a day of cloudless beauty. 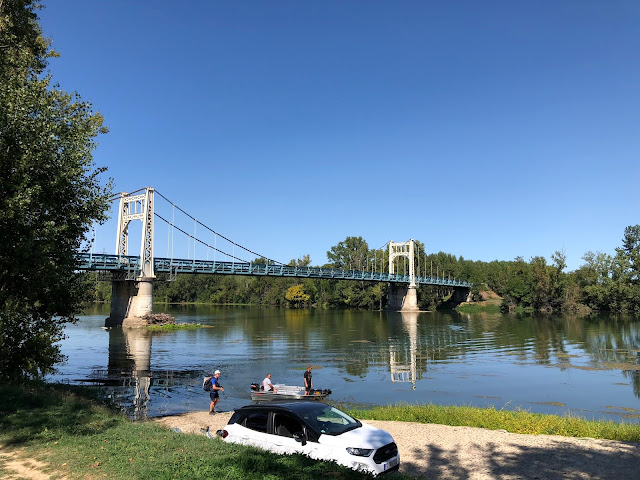 Wow, I've never even heard of a lenticular cloud, but now I do aspire to see one someday. As to Abba, I was working in the music industry in New York around the time they became popular, and I utterly despised them. Predictably, my 18-year old daughter is a fan, thanks to the Mamma Mia movies, and now I even have a parrot that sings Super Trouper. Reading the linked article makes me realize I may have been too narrow-minded.

Lenticular clouds are a not uncommon sight in Aberdeenshire, to the east of the Cairngorm plateau. As well as being beautiful they are much loved by the glider pilots at the Deeside club near Aboyne, as they are a sign of large upward air movements know as 'wave', and this phenomenon is responsible for the many height records achieved at the club.

I would say that the mystery van belongs to a piano tuner. Based on the fact that our nearest city has an instrumentarium on the outskirts and they mostly sell pianos.

A super-trouper singing parrot. You have my sympathy.

I shall keep an eye open the next time we're in Aboyne which used to have a coffee shop by the gliding club that made truly wonderful chocolate cake of the type only found in Scotland !

Perhaps the upright piano in the village hall is being tuned - it certainly needs it.

Can you explain the dog that is above Sophie's left ear in the first photo. Have I missed something?

I think your van belongs to a one man band. A wandering minstrel, he.

Hari Om
HAH! That was going to be my guess too! or a provider of instruments for same. But I quite like the piano tuner idea too... YAM xx

I think it is the Michael Jackson dog clock if my memory is correct!

Curious how yoru Zoom meeting went, if Sophie made an apperance and what background you finally picked? Hopefully an update in your next post!