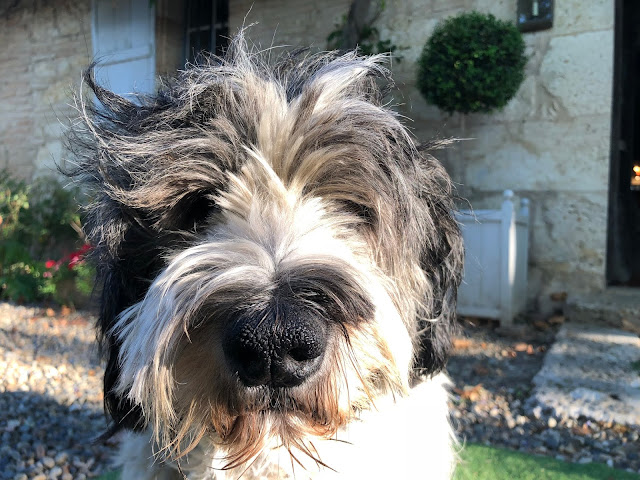 For the last three mornings the stars have been quite remarkable. Orions Belt shining away in the clear air overhead, Mars glowing red in the southern sky,  Venus like a spotlight to the west.  Last year at this time of the morning there would have been aircraft lights everywhere . Today, not a one. It will be some time before Airbus in Toulouse gets back to its busy test flight schedule.

Angus has just finished reading a book describing the events surrounding Lincolns second inauguration. A day famous for the Vice President drinking three large whiskies on an empty stomach and subsequently finding it difficult to repeat his oath of office. Just after the Presidents swearing in the clouds parted, the torrential rain stopped and Venus came shining through. I'd not have though it possible for a planet to be seen in the early afternoon but folks commented on it at the time.  Even then they thought it was an augury. http://www.mrlincolnswhitehouse.org/washington/other-government-buildings/government-buildings-second-inaugural/ 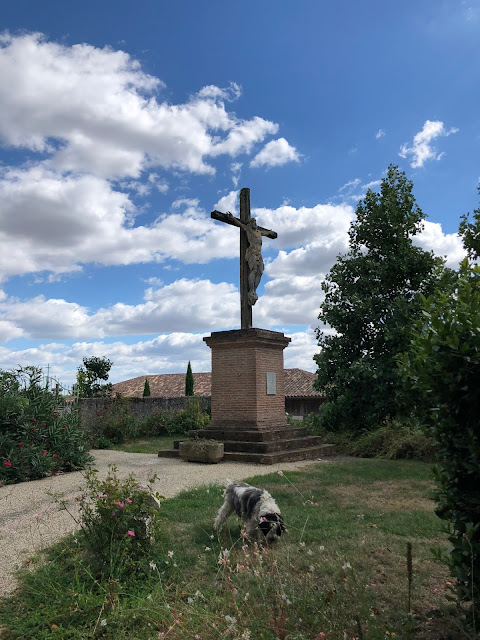 After a cup of coffee and a bowl of water the sun is up and  Angus and Sophie head off for their walk round the village. From time to time Sophie stops to make sure I'm not falling behind. 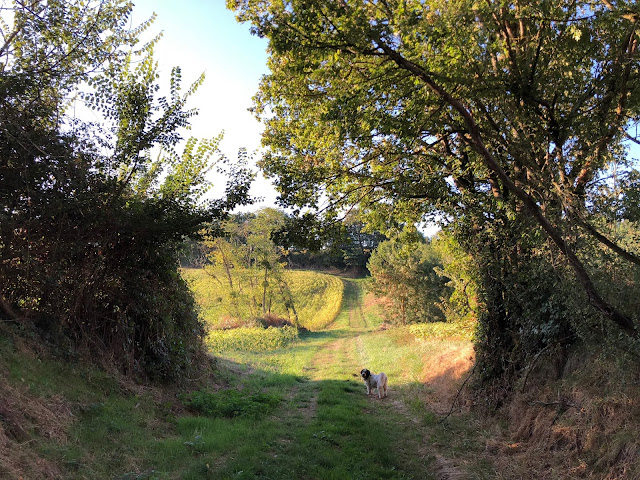 The sunflowers will be harvested later today. 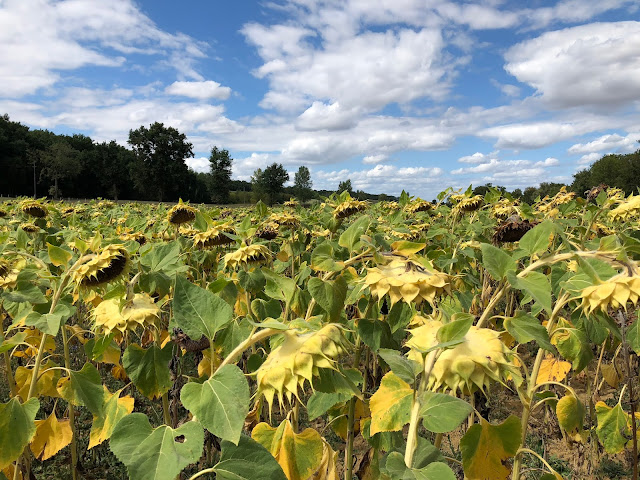 So starts yet another morning in a quiet French village with a  Polish Lowland Sheepdog lady. The children waiting at the war memorial for their bus are all told by the driver that they have to wear their masks before they're allowed on board. The tikes and their elder sister continue to ignore one another.

Given the current incumbent of the office in the USA, a President who drinks heavily doesn't seem such a terrible idea after all...

Yesterday I was feeling sad that the sunflowers were about to be mowed down by that beast of a harvester, but seeing your photo today, I realize it is after all time for us to move on to the next season. It's harder to feel the change of the seasons in a big city, but not impossible - here, the first sign of fall's approach is the crickets chirping in the early evening. And Venus is bright enough that we can see it in the night sky in Tokyo even though we can't see any stars. It strikes me that there might be a lot of opportunity for Airbus once the virus passes, given the way things are going with Boeing. I remember when I used to be nervous about flying on Airbus planes given the concern about the computers having too much control. In the future I think I will feel relieved.

Hari OM
The last gasp of the sunflowers... autumn is definitely upon us - but not unwelcome. YAM xx