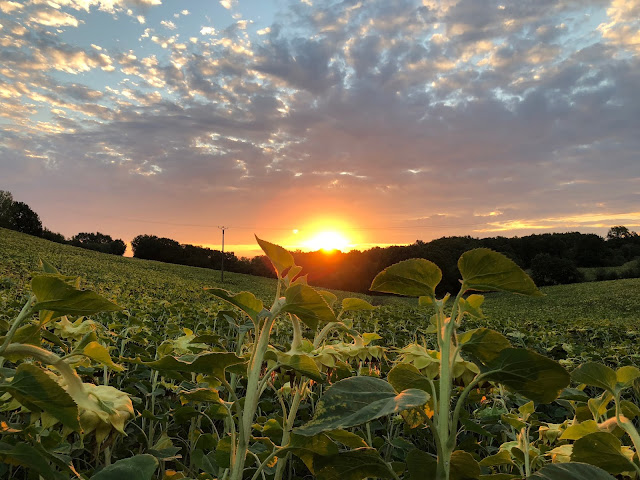 Wave 2 of the virus well and truly here. Our little corner of paradise now officially included in the 'red zone' that stretches uninterrupted from Bordeaux to Toulouse. This isn't really a surprise. The original lockdown was well policed and largely obeyed. But then came the nationwide August vacations and all sense of danger evaporated.  With nearly 10,000 positive tests yesterday the government now has to decide how to respond. 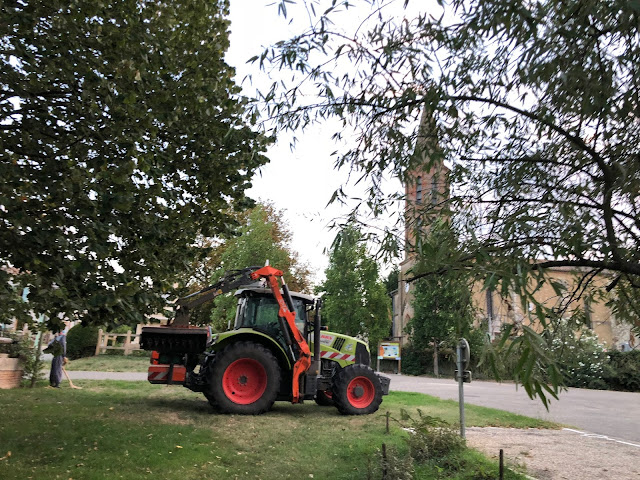 Of course here in the village we are fortunate. The kids go off to school in a socially spaced bus. The old folks home is strict about who comes in and who goes out ( which makes the matrons job much easier as some of her older residents were prone to wandering ) and meetings of more than ten people have been postponed for the duration. 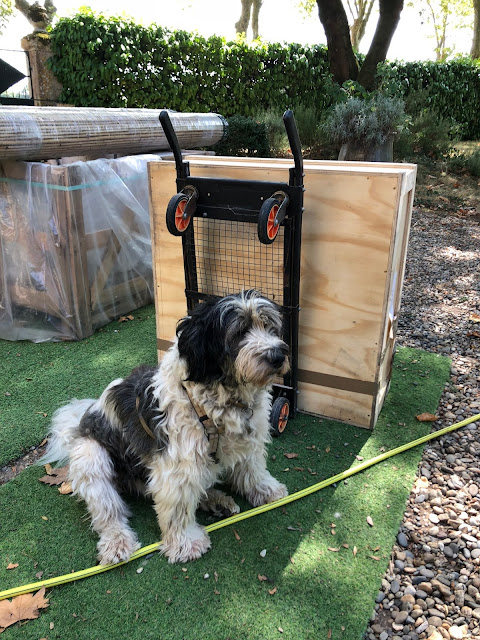 Courier deliveries to The Rickety Old Farmhouse are soaring. Today the missing pictures from Scotland arrive. 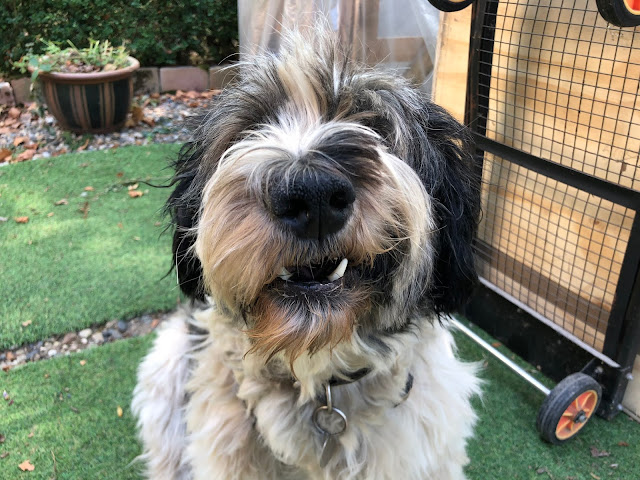 They have been crated and wrapped with a degree of care that suggests the Mona Lisa is inside. Angus spends a couple of hours disassembling the crate. His shaggy companion looks on in hope that this is the mother of all biscuit deliveries. She is disappointed. 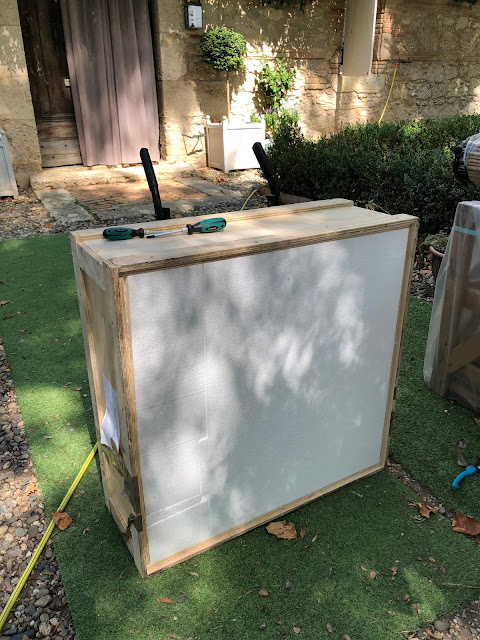 Here in New Zealand, we had one new confirmed case today, 120 active cases, three in hospital and two people in ICU.

Sorry to hear the cases are now so high in France - I hope the new lockdown will be quickly effective. The cases in Japan are still dropping from a second peak in July, but today the government removed restrictions on dining and travel, so we'll have to see what happens from here. Meanwhile, that's some smile on Sophie today and I enjoyed both links very much. I've never heard of Allen Stone, but what a good song and video. And the other story was really beyond my imagination, but he's clearly identified an unmet need.

More lockdown here too, in a probably vain attempt to stop virus cases increasing in the UK as they have done in France and Spain. I trust the pictures arrived unharmed after all that careful packaging.

That Funeral-confessor piece is certainly unusual. If I employed one it would be to ensure there was NO OPEN MIKE!!! Eulogies can be excruciating - I remember one where a woman got up and started "I hazel since we were little children, but I remember we both had little party frocks, and mine was pink and it had frills .... " and on, and on, and on she went, all about her frock, nothing about Hazel at all!! Puleeze!! Perhaps they are a good idea!

Poor Sophie - no biscuits, and it's such a big box too! Surely there might be one or two lurking in a corner! Inca can emphasise with her disappointment - a girl needs biscuits to keep her strength up! No time this morning for your trip to the little town for curly croissant ends?
Here in my part of Spain we've had so many holidaymakers, and judging by the licence plates on cars, all from the virus hot-spots in Spain and other countries. We've had a low number of cases and deaths the first time round, but fear the worst now.
I wonder- will we still be dealing with the same stressful lifestyle and still comparing virus infection rates this time next year?

The number of dead here in the States on the brink of 200,000 but still the the wearing of masks is dismissed by so many. This is especially true of the people who flock to see and hear Trump. When confronted by a well-masked reporter asking why he wasn't wearing one, an old codger on the crowd said it was because he didn't hear what other people were saying if he had a mask on.

Beautiful photo of the sunrise over the sunflowers. In Los Angeles we had a huge surge in cases over the summer which seems to be tapering off. That said, we just had a holiday, so it's anyone's guess. Meanwhile our skies are filled with smoke and they are discouraging people from going outside. It feels very apocalyptic . Sophie appears to be anything but!

After opening that box Angus was probably the one who needed a biscuit or liquid refreshment! Looking forward to seeing photos of your new pictures sometime.

I fear our phase 2 is coming. We are currently still orange. Stay safe.