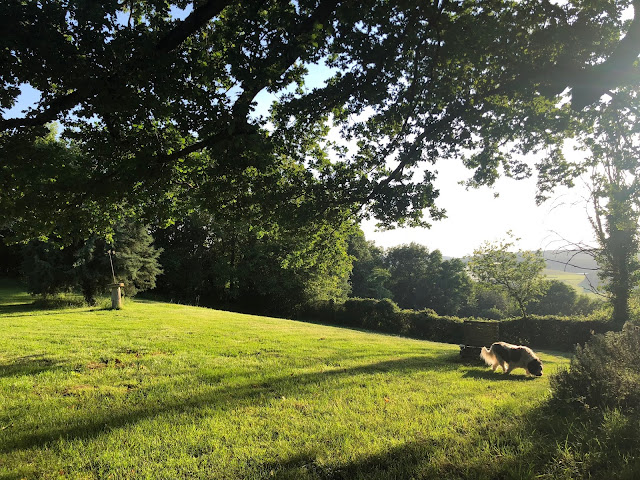 Sunrise on the ridge. Sophie follows a scent and is lost to the world. After a few minutes she wanders over to join me. Today I'm given the ' What are we going to do now ?' look.
On the radio an interview with someone on the International Olympic Committee. They still want the games in Tokyo to go ahead next month. The fact only 3% of the Japanese population has been vaccinated is dismissed with the observation that 'recent test events have gone swimmingly'.  The committee member goes on to say that the games will take 'place during the school and summer holidays so interaction with the Japanese public can be limited'. Perhaps what he's really saying is that spectators won't be allowed ?  The IOC expects 3,000 unvaccinated athletes and support staff to show up from countries where vaccines are in short supply. Mad ! 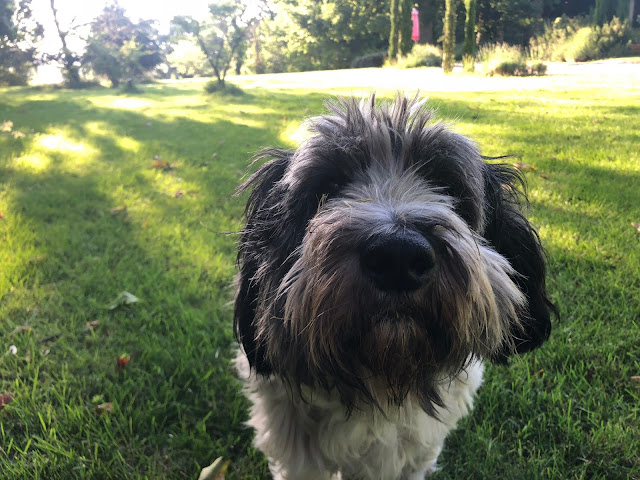 Sophie waits patiently while Angus makes a start of day coffee. When I say patiently I mean she rubs past my leg every thirty seconds or so to ensure that I've not forgotten that she's there and raring to go. 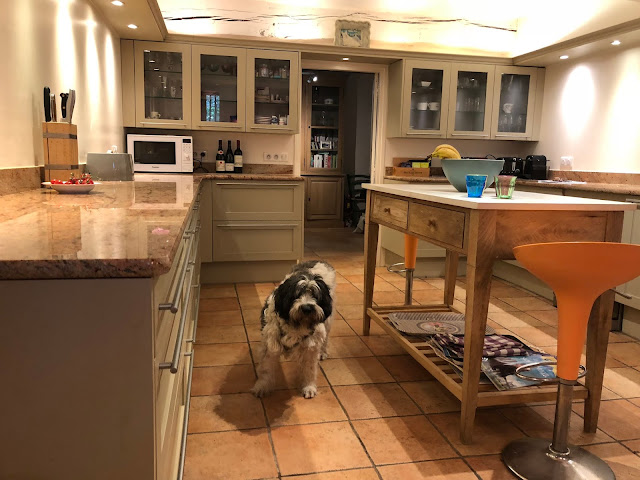 Finally it's into the back of the car and off to the cafe. 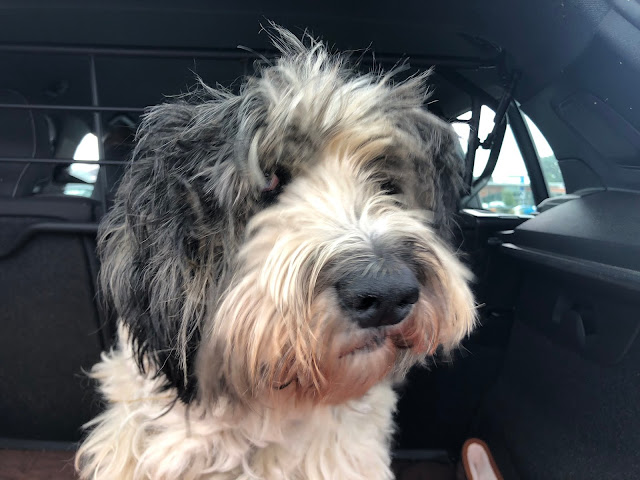 We are early. The croissants are still in the oven so we're forced into making do with a chocolatine. No curly ends but there are (chocolate free) slivers to be had. The manic tail wagging and involuntary snorting indicate that todays offering gets 12/10. 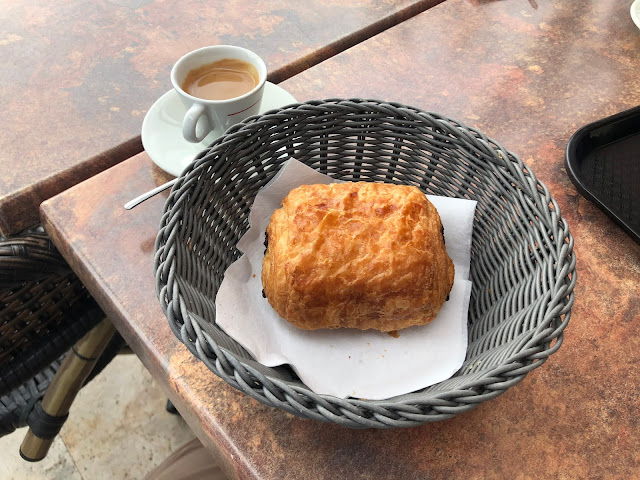 Dogs: https://gizmodo.com/puppy-experiment-shows-how-dogs-connect-with-humans-fro-1847025031
New hotel of the week . This time outside NY :https://www.huttonbrickyards.com/

Hard to tell what's going on with the Olympics. The IOC is in full chest-pounding mode, based on the idea that only they have the contractual right to cancel. How far they would push that if the Japanese government were to seriously push back is unclear. Also unclear whether the government wants to push back. There are a lot of internal politics involved, as the Tokyo governor is considered a threat to the prime minister and the old guard generally. Her handling of the pandemic has been well-regarded relative to the national government's. Our theory is that the thing the prime minister is really afraid of is Governor Koike's coming out in favor of cancellation (which is favored by a huge percentage of the population). My takeaway is that the Japanese Committee should have spent more on lawyers (same for the Ministry of Health when they negotiated with Pfizer). There is still an idea here that involving lawyers in anything will only cause trouble (we lawyers have a pesky habit of asking "what if" rather than assuming everyone will get along and all will go swimmingly). I find I can look at all of this with substantially more objectivity now that I am at least half-vaccinated and past the apparently magic 11th day after the first shot. Thank you for the dog article, which was very interesting.

Just a matter of interest, how many lawyers are subscripted to this blog?

My, you must have been up early if you arrived at the café when the croissants were still in oven!
Allowing 3,000 unvaccinated athletes into any country where the majority of the population is unvaccinated sounds like a recipe for both political and social disaster. Do some people still not realise how serious this virus is and what a threat to those, particularly, who have self-isolated and followed the rules?
We may have a similar problem here, now that holidaymakers are being allowed back into Spain. Those who can, journey by land, and have been creeping in over the past few weeks. Presumably they have not been stopped en route to prove that they have been vaccinated or tested negative.

Perhaps a little off the top of your next pain au chocolat would satisfy a PONS Princess. I thought both the article today on dogs and humans and the article on the ease (or not so) or learning languages was quite interesting. It explains I could never overcome my French accent in German (not that I tried very hard...., a long time ago).

I hope the croissants were done when you were done with your chocolatine? Will now have to look that up.

There is nothing like an impatient dog to get your day moving along - I'd venture a guess that's how you got to the cafe early.