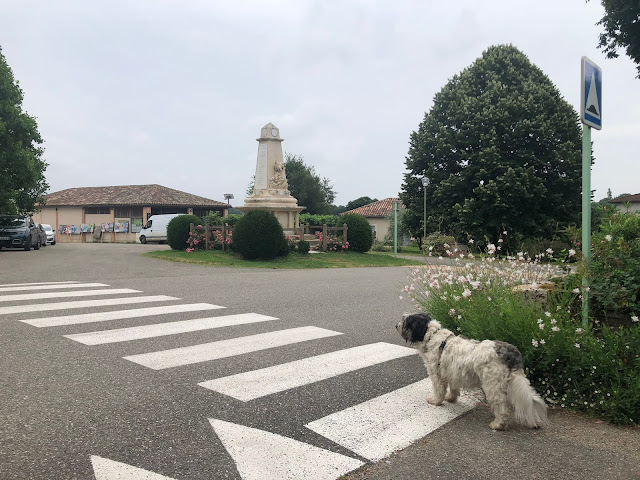 The regional elections take place today. The new mayor has moved voting from the confines of his room in the town hall to the village hall. This is a sensible idea amid a pandemic  but one not approved of by the village elders who are surprised  that the venue has changed. The polling booth will be open until six this evening but most of the voters, being good country folk, will have cast their ballots by nine this morning. At six thirty the new mayor and three councillors are already in position. This is slightly unnerving as its a good hour and a half before the doors open. They all greet Sophie. 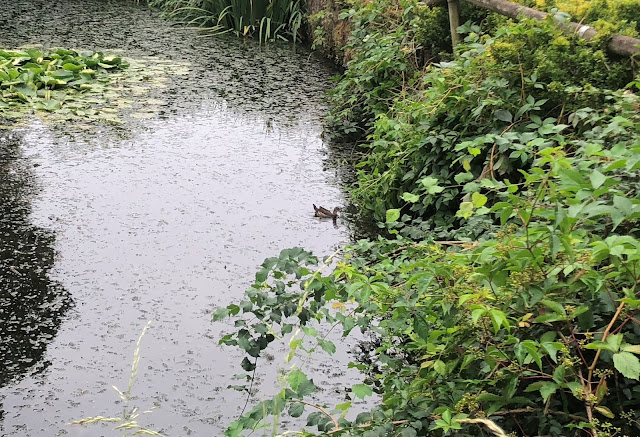 The old i-Phone manages to catch a youthful moorhen hurrying to the safety of the shrubs that edge the pond.
Yesterday we went to collect the new i-Phone. Getting logged on proves to be  a 'challenge'. Somewhere along the line Angus set up an Apple account and has subsequently forgotten all the security questions and passwords. This is not a straight forward issue to rectify.  The security code has gone from 4 digits to 6 and the set up process requires a PhD in cyber technology.  'The Font' somewhat unhelpfully observes that this is a story line that Angus trots out whenever new technology such as a new toaster enters the house . Further proof that I've turned into my father. 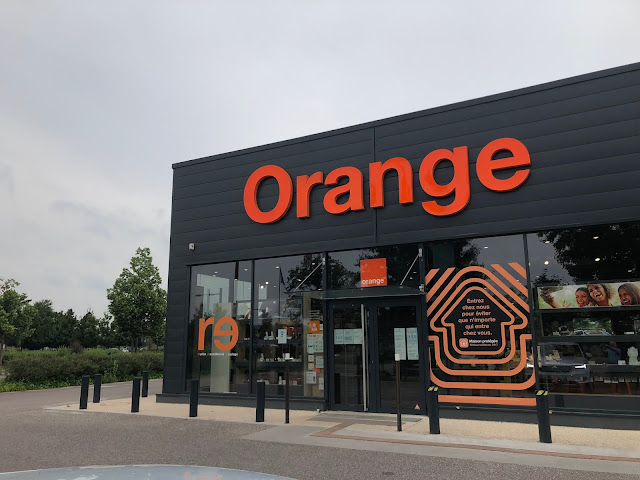 Off with Sophie for some carrots. Nothing like a chilled carrot to cool a girl down in this heat. By the carrots in the greengrocers a pile of some sort of enormous root vegetable. 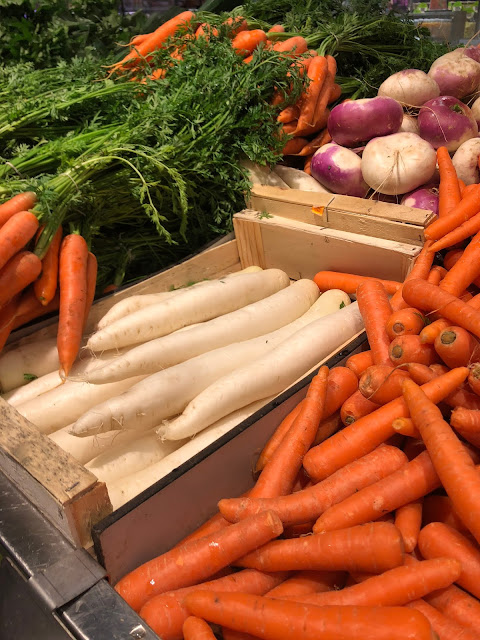 We venture down to the river for a coffee . The little cafe on the embankment has no croissants. Indeed it has nothing to eat. I promise to return at a later date. 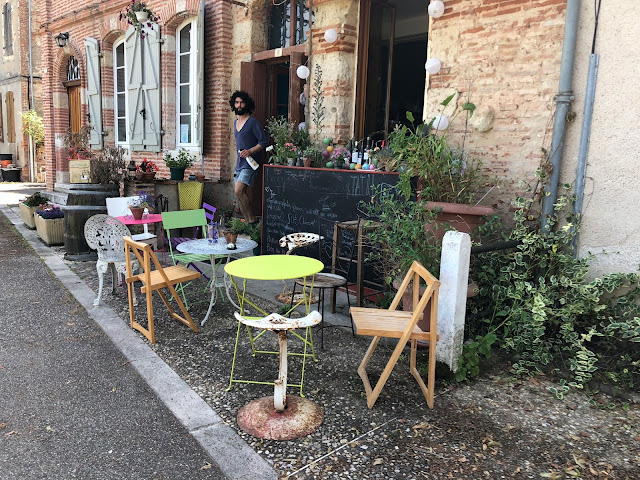 You have my sympathies regarding the Apple login. Been there, done that. If Apple is so good at design, shouldn't this be easier? Meanwhile your old phone seems to be trying to prove its worth to the end. The clearest moorhen shot yet. I would swear that your mysterious root vegetables are daikon.

You have this morning provided further justification for my continued hesitation in replacing my Samsung S6, now well past the five year mark.

What no food at the café - nothing at all? But it's France, how can they not have any food!
Good to finally see a photo of the moorhen chick.
That is a very fancy pedestrian crossing for a village of 67 souls!

F is very much of the 'if it ain't bust, don't fix (or in the case of phones, replace) it. She reckons life is too short to lose two days of it every time you need to get the latest technology to work for you. She wonders whether tech is our tool for living or we live to keep the tech running.... The big radish thing looks like a daikon and humans seem to think they are lovely (Sophie might even like it).

Hari OM
Yes, daikon (if Japanese/Chinese)... or Mooli if sub-continental. Very nice radish-like root that can be used in slaw, or cooked in similar things to turnip...

Well done Angus on providing us a moorhen that didn't require my magnifier!!! YAM xx

A very Happy Birthday to ‘The Font’!!! May your trip be a fun adventure with Sophie.

Many Happy Returns to The Font! I hope there will be cake!
Those rather rude looking vegetables are apparently a type of radish, and I think they are often served boiled (after which they look even ruder).

PS, that looks like Cat Stevens coming out of the café!

I hope you wrote down your Apple ID for next time. So easy if you have it -- so crazy if you don't. Happy Birthday to The Font! I hope it is a wonderful day!