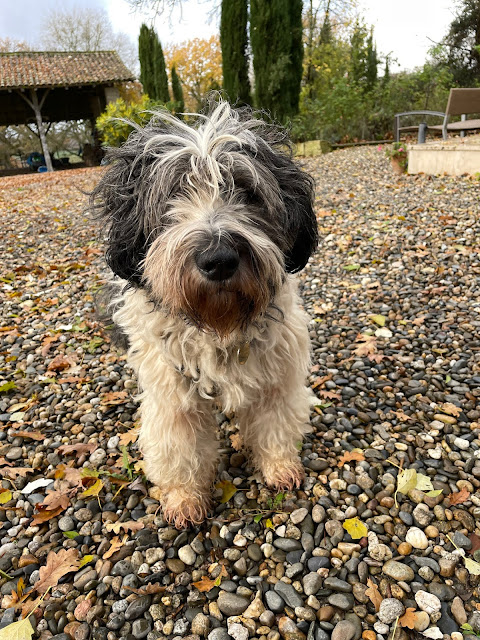 Robert Caro, the Pulitzer winning author, had a rule. Whatever happened he would write a thousand words a day. How I envy his diligence. It's difficult finding things to write about in  the second year of a pandemic that has slowed village life to a crawl. 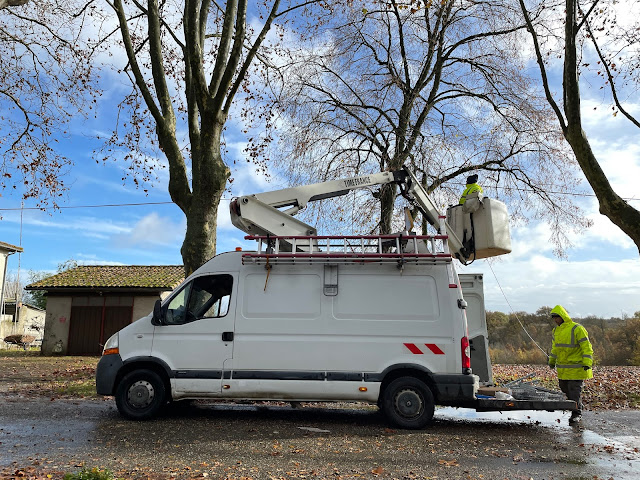 At is at this point that fate intervenes and the village becomes the centre of activity. Three workmen in a white van  start work on the lane. It's  late on a Saturday afternoon so they must be getting double time. They are installing a second telephone cable . One man goes up on a hydraulic arm to drill a hole in the pole, a second one directs traffic ( the traffic is non-existent so he smokes and looks bored ) while a third man passes up the end of the cable to the first man . 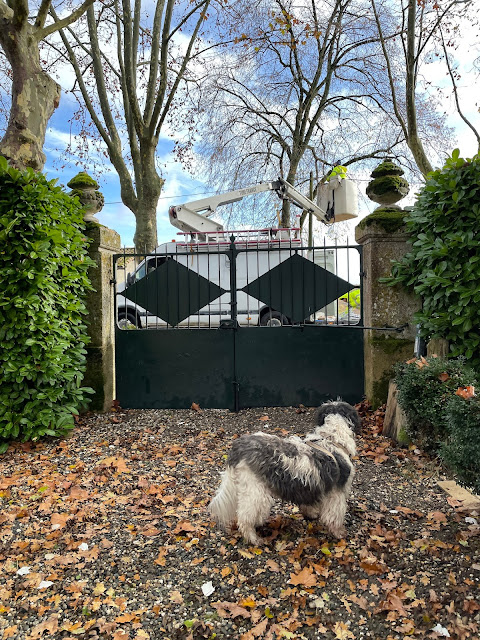 It goes without saying that Sophie is intrigued by all this activity. She sooo wants to join in. The family diva stands at the near gate and welcomes the workmen with a chorus of excitement. From the looks she gets in return I'd bet the workmen aren't dog people.
If that wasn't excitement enough we discover that the piebald horse in the field by the storm drain has got a coat wearing companion. Sophie is altogether less keen to meet the horses.
So passes another day in a village of 67 souls. 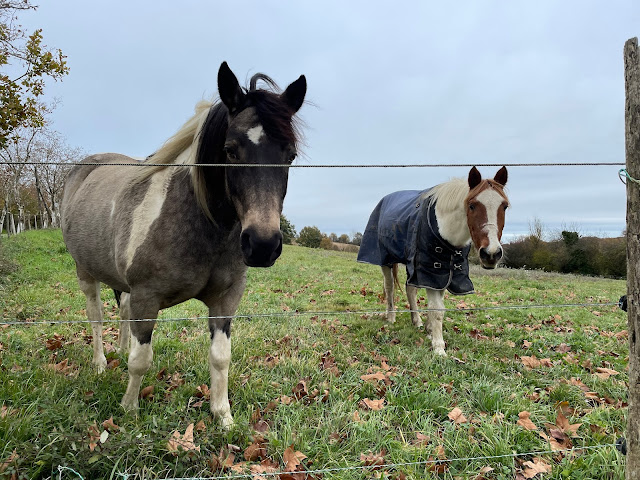 Advent song #8 from Pennsylvania. As traditional as it gets. Also provides an interesting end of 2021 Covid insight - No masks but lots of bonnets :https://www.youtube.com/watch?v=a2qD_lMx-Tw