Courage is fear that has said its prayers. 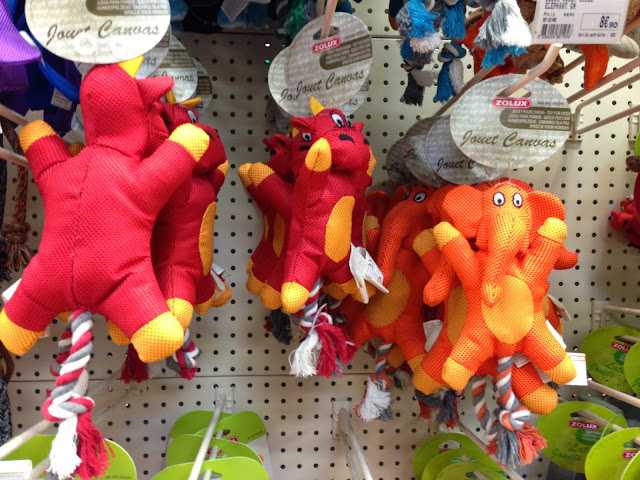 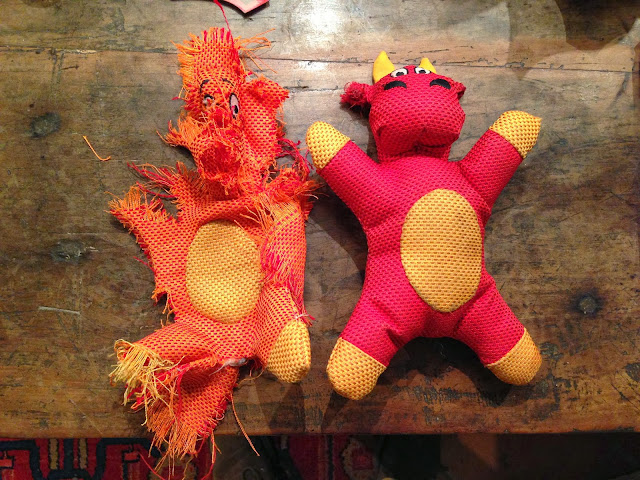 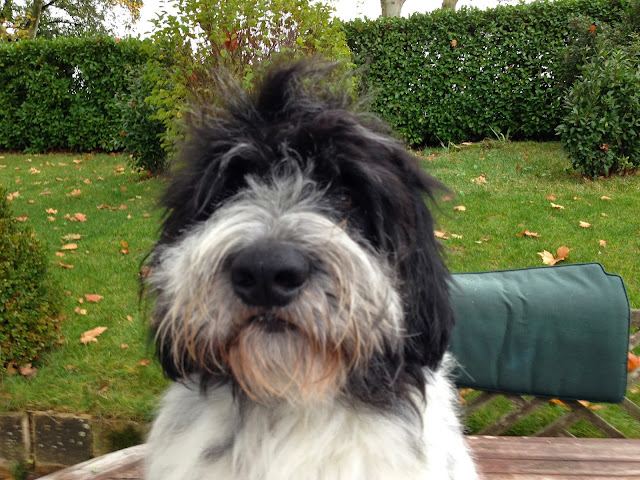 Remember the indestructible dog toys ?  The ones the shop assistant assured me were of the very highest quality ?

Can you guess which one was Bobs ?

Oh I really do prefer the one that Bob has rearranged to artistic effect.
Cheers, Gail.

The pic of the once indestructible toys made me laugh. The form is still there.. will just need some more urmm.. stuffings :)

The stuffing has disappeared. Presumably swallowed. It will doubtless emerge later in the day.

It usually will emerge later in the day... if it doesn't.. Bhub probably is hiding it for laters :) my new dog is not very good at hiding it yet.. i just find her in the mornings with loads of stuffings around her and a very big grin on her face.

Mmmm, not sure, can you give us a clue?

That poor elephant never had a fighting chance.....it's shredded to bits....and I am laughing so hard.

Ah the good old days! In recent years, all toys have come to retain their stuffing and squeakers and integral essence.

Three cheers to Bhub for his outstanding artistic work!

Ahh puppyhood! Just bought our pup an expensive "hard to destroy" toy, but the pet shop says if it is destroyed they would give me my money back. Like Jake said "the good old days". We must enjoy these times in our dogs' youth and remember the dogs in our past too.

Oh, my. Ever-so-talented darling Bob! :) Mitzi and Emmy applaud his industriousness. Their Mom says: "Please try the stuffed kids toys from IKEA! They're much more indestructable, and cheaper too!" She especially recommends the rats and the floppy eared rabbit. No squeaker, alas, but those never last anyway and only give the darling dogs a reason to chew a hole in the toy to get the squeaker OUT, posthaste. No squeaker removal = less stuffing on the carpet.

I imagine he made short work of it too.

A reminder of why TWO indestructible toys must be purchased together.

Yep, our Tucker does the exact same thing. He has a pattern....and he never steers from it. The stuffing will show up. Always does.