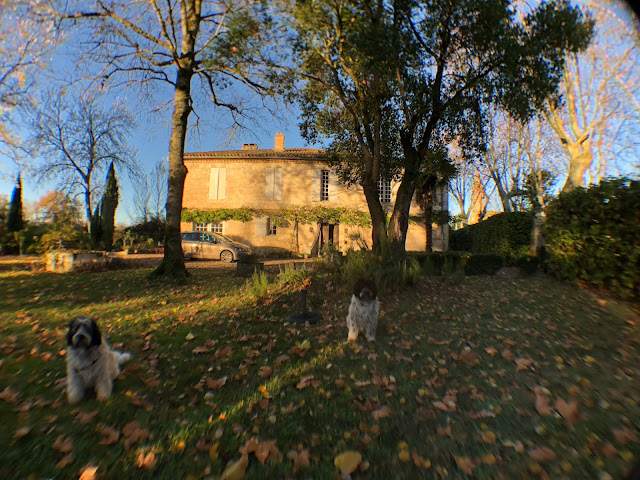 It's been wet but now it's dry. And warm. 21 degrees yesterday. We're back to morning walks without a jacket.

'The Font' heads back to London to do the Christmas shopping. Angus is asked, as he's asked every year, what he wants. Angus can't think of anything. This is deemed to be extremely unhelpful. 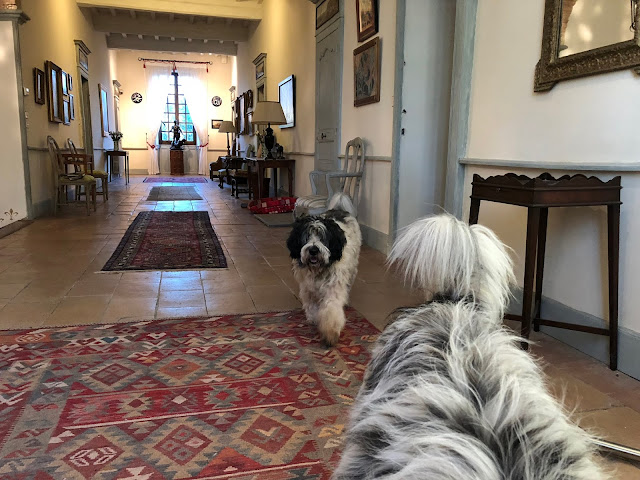 The angelic duo have long walks. At the crossroads we stop to talk to the man who breeds goats. He ignores the PONs which is just as well as they are completely engrossed in smelling his trouser legs. The goat man talks in highly animated sentences complimented by uncoordinated arm waving. I have absolutely no idea what he's saying. When faced with impenetrable local accents the best thing to do is stare someone in the eye and make sage noises. I think he's told me that he went to Toulouse yesterday, that it took two hours and the demonstrators were blocking the bridges. He also, and less probably, seems to tell me that he used to be a police sniper who could shoot someone dead at 800 metres. 'Oh la la' I reply. This is an affectation that is only used when I have no idea how to extricate myself from a conversation and don't wish to appear impolite. 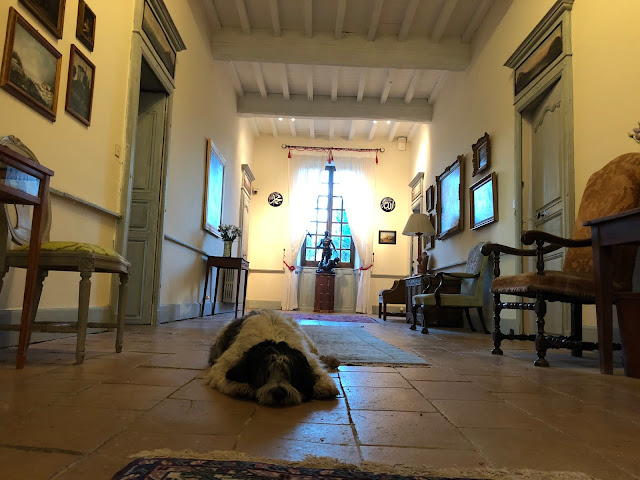 After smelling the goat scented trousers the PONs have a long, dream filled sleep. 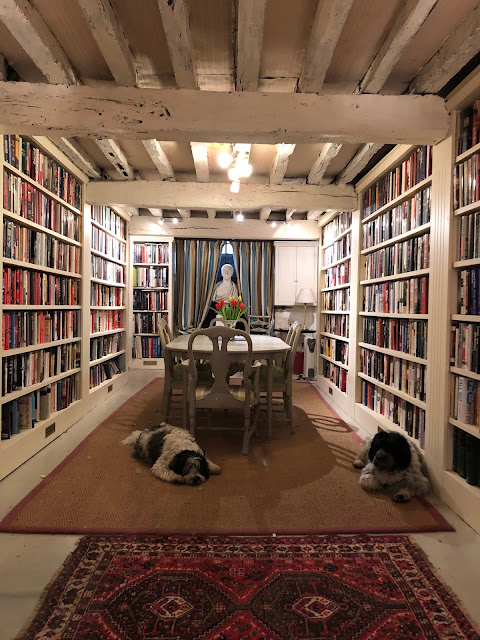 The young garagiste stops to chat. I ask what he would like as a wedding present. He promises to ask his girlfriend and tell me tomorrow.

And here is Christmas song #2 from New Zealand. The big brothers glance ( something all younger siblings will recognize ) at the 0:55 mark is priceless : https://youtu.be/VAjLBOb4AVY

My father would just reply to requests for present ideas with just something to eat or drink for Christmas, so most times I would pay for a lobster for him. I have reached that stage too and want no presents, but would rather be taken out for dinner.

Thanks for the kid choir - they did well.

Poor show from the males on specifying presents today.
The dresses worn by the younger girls in the video are almost identical to my school summer uniform. Reinforcing the idea that New Zealand is a bit like England half a century ago. For some reason, school uniforms in Aberdeen don't seem to feature summer dresses....
Cheers! Gail.

My Dad always used to say 'Peace and quiet'. So no help there either!

Hari Om
One of my fave Chrissy tunes! Well done those kids. Meanwhile, back at the ROF, we await the dressing of the tree... Father and I sorted out gifting last week; me, new boots, him, a basket and tray for his rollator. All over bar the eating now. YAMxx

With luck, the garagiste will get back to you in time for the Font to pick it up in London, where the atmosphere is undoubtedly calmer than in Toulouse. Though I bet the shops in Toulouse are empty, with the streets full of gilets jaunes. People will still do their Christmas shopping, but online, which will hurt locals even more. It will be a habit that won't stop when the protests do.

You find the most interesting music - thanks! I am sharing it with several friends.

Such a beautiful house, is that the hallway you play touch rugby in?

New Zealand does trail the rest of the world in some areas and summer school uniforms haven’t changed much....but at least it is summer for Xmas, or it will be when the rain sods off.... Kiwis also love our big sing sessions where the local schools club together and the proud parents stream in. Often held over multiple nights to give everyone a turn. Thanks Angus :0 Merry Xmas