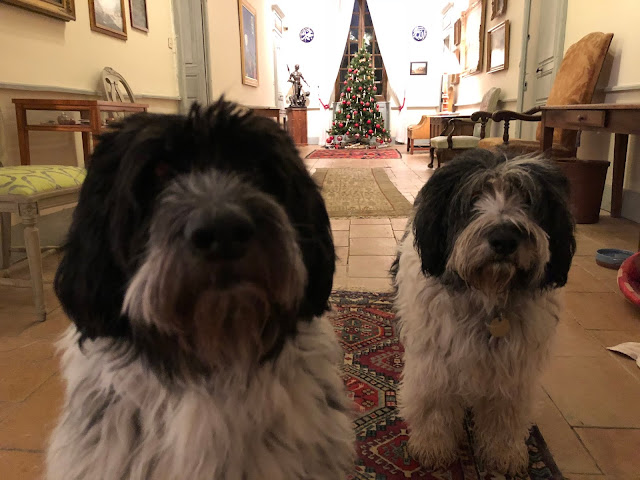 5:57 am. Bob wanders into the bedroom to stick a cold wet nose in my ear. Sophie remains curled up in her bed until she hears me in the hallway. Then, quick as a flash, she's standing by her brother waiting for whatever excitement the day will bring. For good measure the family diva emits a shriek of delight. For humans 'just another Monday morning'. For PONs the start of the best day ever. 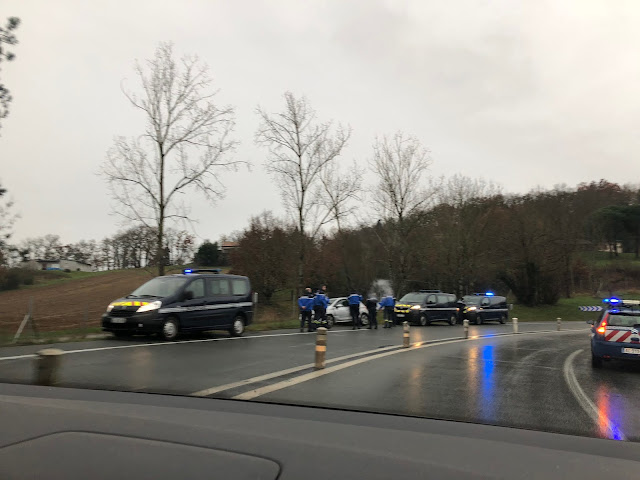 Paris may have had a respite from the yellow jacket  protesters but not here. The gendarmes were out in force stopping cars. 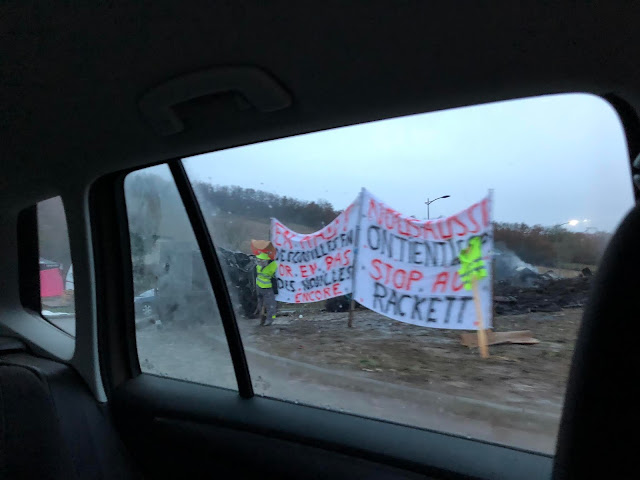 At the motorway toll booths there are effigies of Macron hanging from makeshift gibbets ... 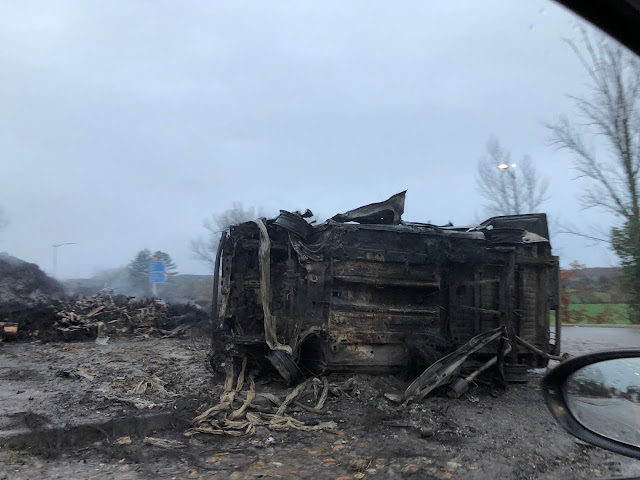 .... and the burnt out shells of passing cars that have been stopped and set alight by the protesters. There is a large sign that somewhat philosophically says Revolution est l'evolution. 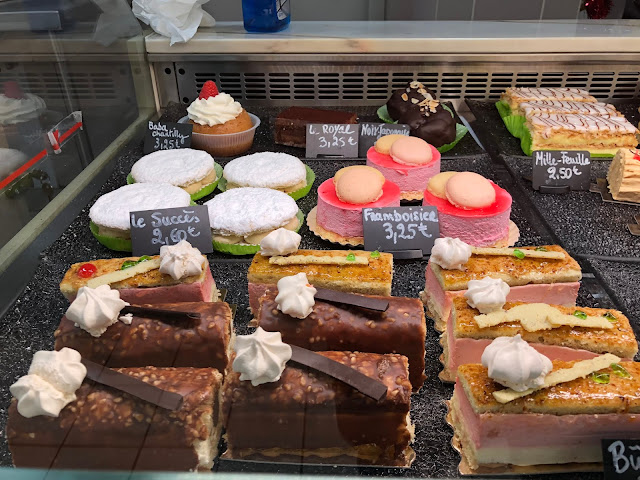 At the bakers we have our morning croissant ( which is ever so slightly past it's best ) and buy two small Buche de Noel. The bakers wife is in a good mood this morning. I show her the photos of the burnt out cars on my i-Phone.  She tuts loudly and tells me that after five weeks of this she is ready for everything to get back to normal. 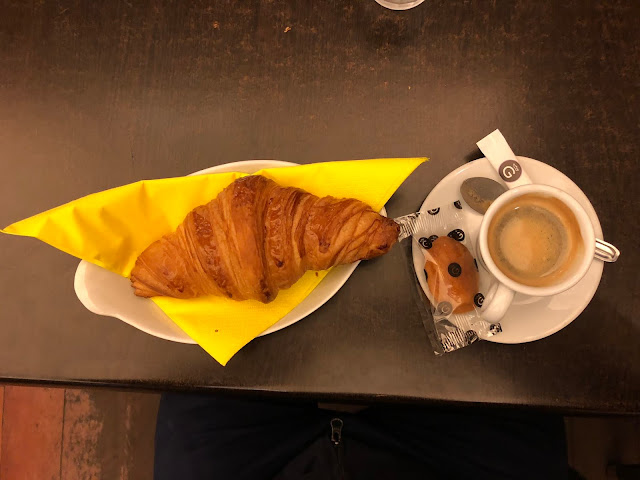 The Christmas tree behind the PONs is very elegant.
I am with the baker's wife. We went to Montpellier (which I am starting to prefer over Toulouse; it's only a little farther to drive), and found the A9 completely closed at Béziers. We were obliged to exit, passing burned-out toll booths, faux-jolly yellow vests going up to cars to offer advice on detours, as if they were being helpful and the cops were the problem. Our GPS advised us to go a bit farther then turn around. We ended up back at the toll booth. We ignored it the next time and went even farther, but then didn't know which way to go and followed the directions, only to end up, yet again, at the same Béziers exit. We got to Montpellier 2.5 hours later than expected. Going home, we made a huge detour in hopes of avoiding yellow vests, but they were at the sortie we tried, barricades letting cars in very slowly, pallets and tires burning all around, the tarmac ruined, a huge tree in the roundabout uprooted. Then torrential rain, followed by fog, just to keep the tension up. And more protesters at Carcassonne, where there were none in the morning, despite the rain. They stood at the toll booth, where all the bars had been pulled out, and collected the toll tickets, as if they were doing us all some kind of favor. As I pulled away, I yelled expletives at them, which horrified my teen but made me feel better.

Poor you. Rather like the morning we headed off to the bakers and ended up having to do a 230 km round trip via the backroads and Toulouse to get home. The PONs thought it was great fun. This morning the riot police have been in action and our local encampment has been cleared. This will be the fourth time in our eight years here that the trees on the roundabout have been burnt down and replaced. The 15 foot high tyre mountain that was built in the middle of the roundabout and then set alight is still smouldering and giving off clouds of rubbery smoke.

Hari Om
I am guessing that those protesters who remain have no plans for Christmas. The entire situation beyond sad.

All brightened by the presence of PONs and the promise of croissants. YAM xx