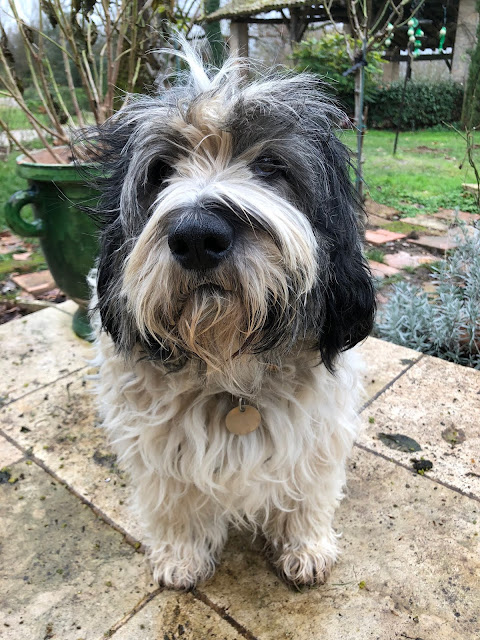 A grey and wet and miserable start to the day. For the PONs there's no such thing as a miserable day. Only great days and today which is going to be the best day ever. 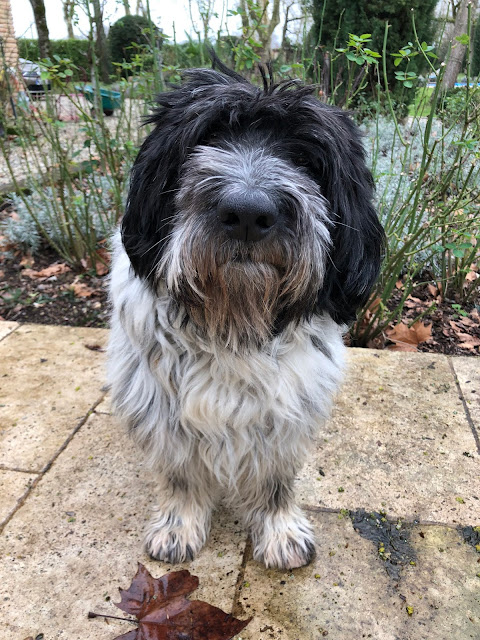 Angus looks at the stone floor on the terrace and wonders if he'll ever get it power washed clean.

The ladies from the women's cooperative are due this morning to paint two bathrooms and paper two bedrooms downstairs. Angus shifts furniture and covers beds with dust sheets. Aude, the bipolar decaratrice, thinks they'll do it in a week. '' If not we'll probably do it in two ". Angus quietly despairs over this cheerfully delivered imprecision. 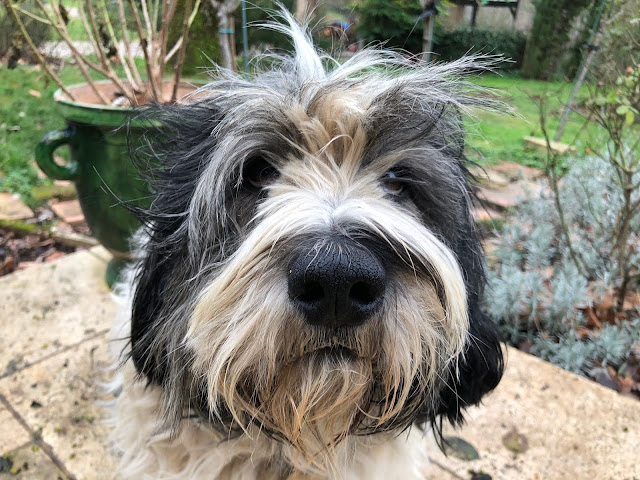 At the supermarket something that we must have passed a hundred times but never noticed. An outside washing machine and dryer. The washing machine can do a 18 kilo load. Someone is already using it. 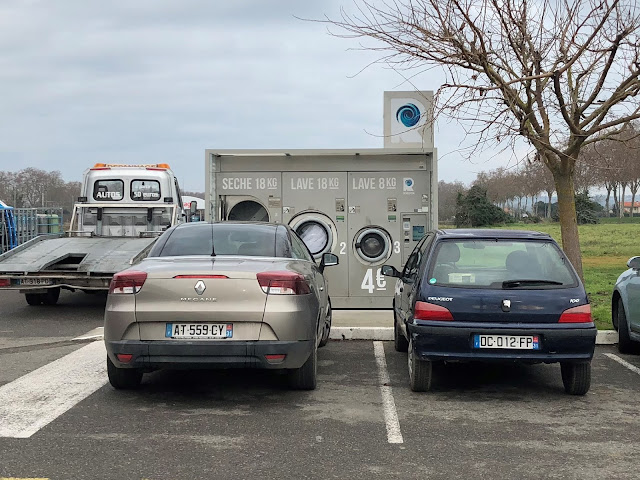 In the garden centre Christmas is having an extended run. 50% off selected items. It must have been a miserable season for retailers. The yellow vest protesters seem to have put a lot of people off shopping. We see that they're out in force again by the roundabout piling up wood to light a fire . 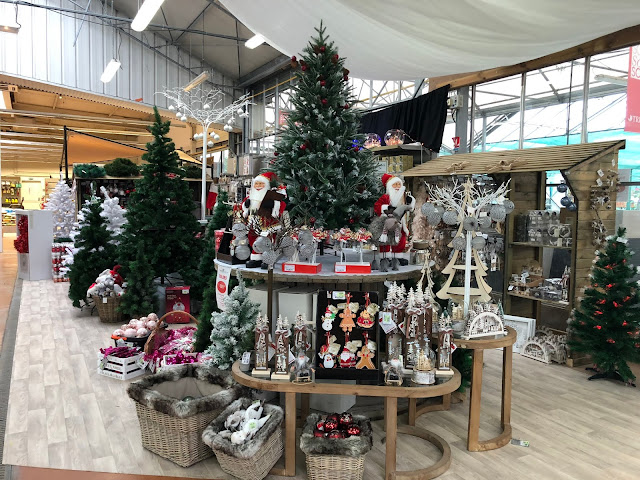 Probably the oddest thing I've read in a while and definitely not a good idea :   http://time.com/5443732/vaev-tissue-cold-flu/

Hari Om
OOHH some more 'bodywork' for the ROF. I'm sure we'll see results as they happen. Probably. As for tissues... blargh! I've been sitting up all night anticipating photographing an eclipse. It was clear skies until the peri-umbra. Then the great squid in the sky squirted its ink... I still await, vainly hoping for some glimpse of the departure of shadow. Silly me; this is Dunoon... grey and wet and miserable is standard. YAM xx

I made the mistake of reading the link, and am now regretting it....
One assumes that once Aude and gang get going they do good work, otherwise their repeated employment would be hard to fathom.
Cheers! Gail.

We also missed the eclipse. It rained. I caught a glimpse as the moon was leaving the peri-umbra, but it was mostly shrouded by clouds.
That outdoor lavoir is clever. 18 kg would be great for doing a big duvet.

It was cloudy here for what is still referred to in these parts as a 'wolf moon'.

Thick cloud here so no sight of the moon.

Seems there is someone, somewhere who will pay $80 for a used tissue.

It's Just after 2 am here and have just finished watching that absolutely splendid eclipse. Clear as a bell, a bone chilling minus 5 degrees Fahrenheit outside and further enhanced by standing in 14 inches of freshly fallen snow. There might have been a few wee drams involved to help survive the adventure. I'm a tough old yankee gal but at this point, not quite sure if I'll ever thaw out.

The news article was shockingly amusing to read that approximately 1,000 "used" tissues have been sold to date. It brings to mind P.T. Barnum's rather earthy quote: "There's a sucker born every minute"

On our way back from the croissant run the clouds lifted and there it was. Ten minutes later and it would have slipped below the horizon.

If anyone wants bugs I can send my summer cold tissues for half the price.

I think everyone is having sales at the moment. Cost of living is now so huge that people don't have the funds for frivolous stuff I think.

Lots of supermarkets around us in the Touraine have those big washing machines and dryers. Great for big bedding, curtains (and, ahem... dust sheets if you are renovating). I'm sure travellers and tourists must use them too.

We have a set in St Geniez too and they are perfect for the duvets!
And, fluff it. I forgot the eclipse. I did enjoy a very rare full nights sleep, so I don't mind.
Have a great day all.