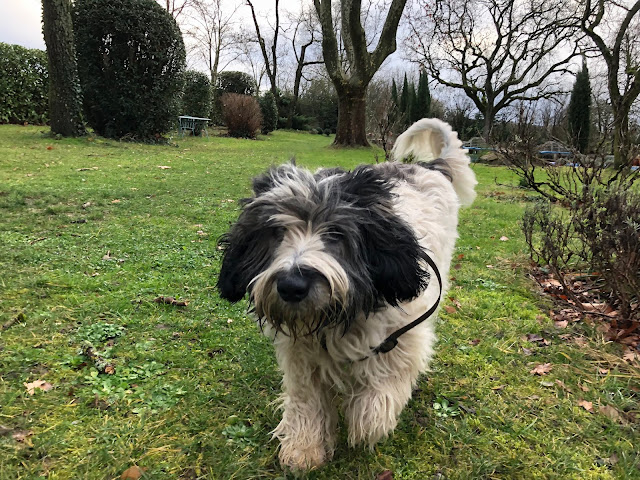 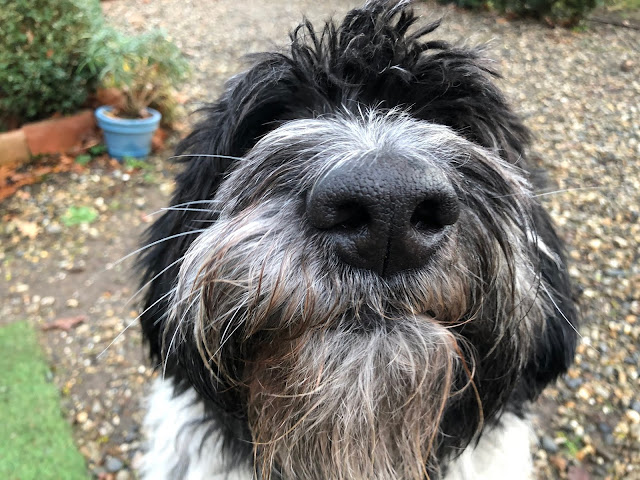 Bobs not bothered by the bad weather.

We're up early talking to men in dark suits. Some of them think that China's President Xi will announce a $1 trillion trade deal with the US just as the Special Counsels report is released. Others think it won't. While Angus is on the phone Bob and Sophie use the time to catch up on their sleep. 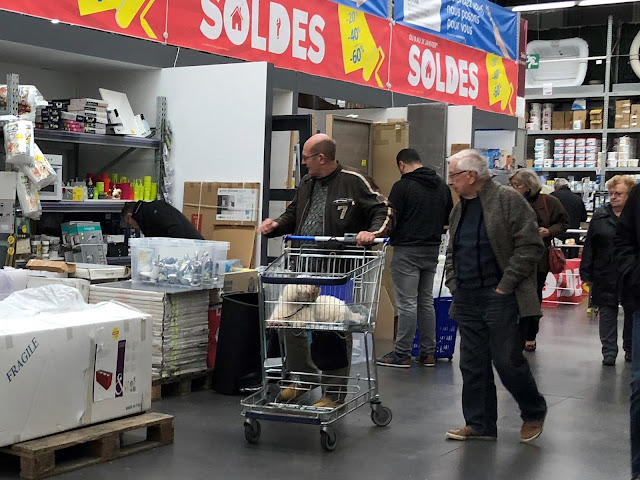 At the hardware store a dog being pushed around in a shopping trolley. The PONs wouldn't make good trolley dogs. 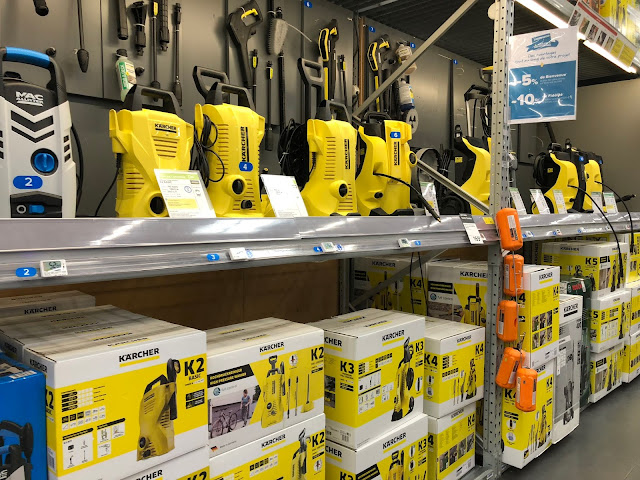 We're out to buy a steam cleaner for the kitchen floor. The last one gave up the ghost. The mud transferring properties of the angelic duo mean we're looking for an industrial model.

Plenty of croissants this morning. 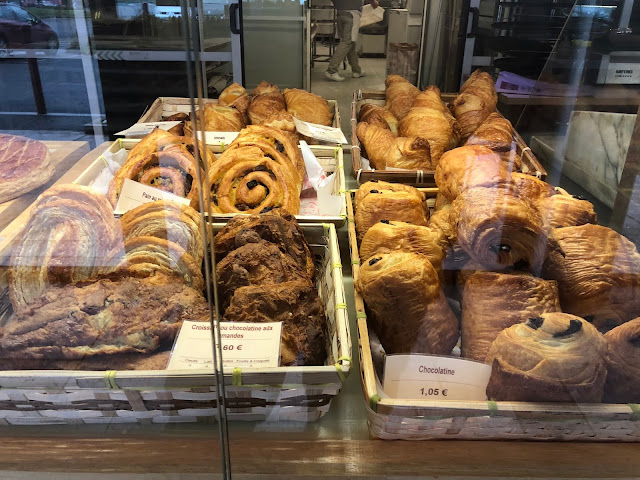 The sort of music that can only be found in America's fly over states. This is a noteworthy example of the genre. Worth looking out for 1: the ark 2: the topiary giraffes and camels 3: the bass singers voice and 4: the shirts. The young men seem as happy as can be expected considering they're singing about wrath https://youtu.be/HtE9v-ii9qA?t=30


Things beyond our imagining category. Not an article to be shown to Madame Bay and her ' I've seen alien visitors in the orchard' friends :  https://www.haaretz.com/amp/us-news/.premium.MAGAZINE-if-true-this-could-be-one-of-the-greatest-discoveries-in-human-history-1.6828318?__twitter_impression=true

Bertie is worried that the dog in the trolley has been picked off a shelf in the hardware store.

That video encompasses what made me flee a flyover state (but not one as odious as Indiana--producer of both Pence and Quayle! wait...has anybody seen Quayle and Pence together? Is Pence really Quayle with a dye job?). I once went to a rodeo where nearly every joke was racist (and the others were sexist). Meanwhile, they praised God left and right. They really believe they are right.
Speaking of that, I have been listening to the podcast "Slow Burn," which revisits the Clinton impeachment. The evangelicals denouncing the president's assault on the high moral standards needed for the White House....

Bertie - No need to worry. The hardware store doesn't sell dogs - only cats.

That’s a fascinating article on Oumuamua..

Hari OM
...meanwhile I got lost among the choclatines! Thanks for the astronomical article; having watched this month's Sky At Night with images of Ultima Thule, this space enthusiast was ready for some more mind travel! YAM xx

Have you seen this ted talk on Oumuamua?
https://www.ted.com/talks/karen_j_meech_the_story_of_oumuamua_the_first_visitor_from_another_star_system?language=en