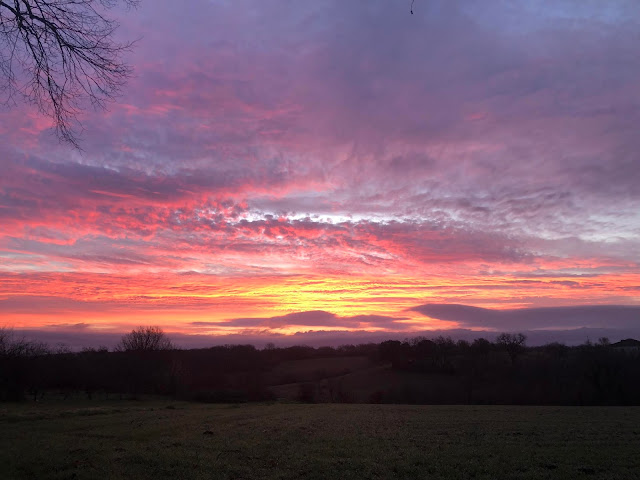 A corker of a sunrise this morning.

Today, Angus and Sophie decide to try out the bakers by the motorway pay station. It's one of those nationwide chains that we feel slightly snooty about. The croissants turn out to be remarkably good. The young ladies behind the counter find Sophie to be 'cute' and deserving of a piece of wholemeal biscuit. Sophie is of the opinion  ( if manic tail wagging is any indication ) that we should frequent this baker more often. Two or three times a day - between meals - would be her ideal. The fact that the croissant was served warm is an additional positive. 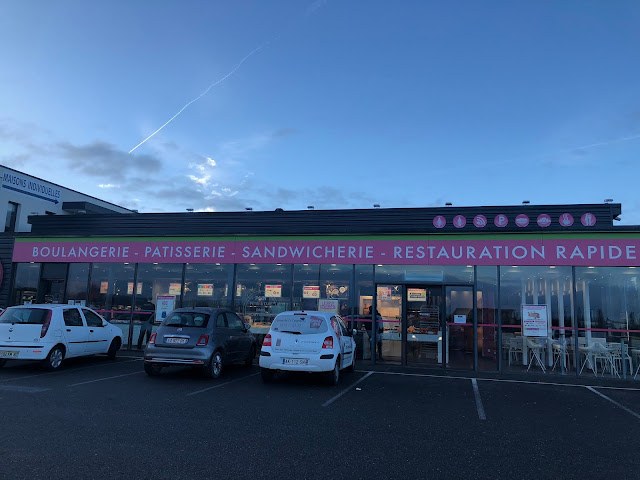 The bakers have  Galette des Rois out on the counter in readiness for the New Year. Although its still early in the morning people are buying them. Two workmen in overalls wander off to their van laughing. They have paper crowns on their heads. 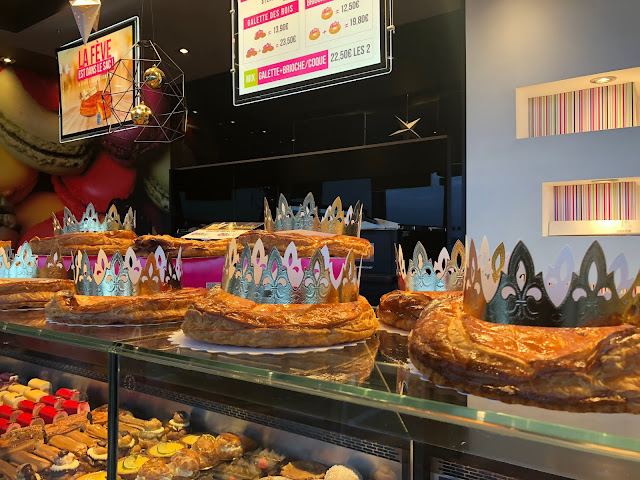 Back at home the family princess demonstrates her ability to be groomed and then five minutes later look as if she's never been near a brush in her life. 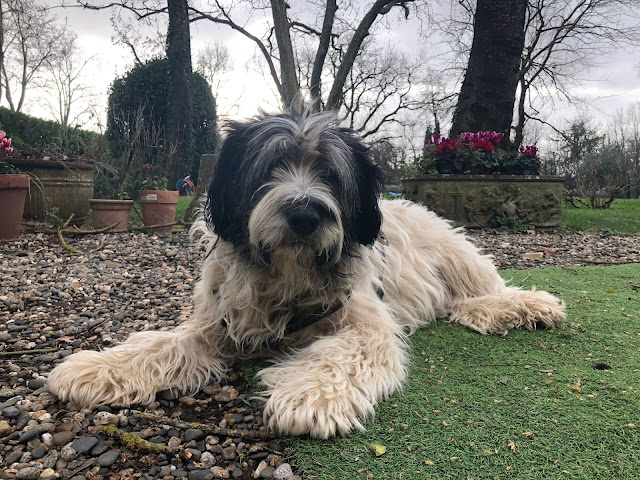 Breakfast upstairs. 'The Font' is trying out a new stuffing recipe. This requires pork shoulder and peaches. Sophie demonstrates a keen interest in the pork shoulder being minced. In fact Sophie believes she should be on the kitchen counter helping. 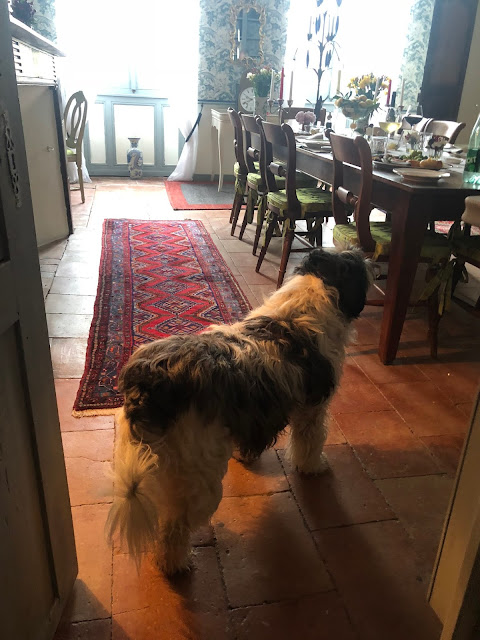 Hari OM
Ah yeah, the Matesong... 8~]... how to make a gal homesick - spend insane dollars on this shtick! Trouble is, politics Down Under is not in much better shape than anywhere else on earth at the moment. Then there's the climate. But gee, maaaate, its a ripper place to be and I miss it muchly.

And now I have a new word to play with... 'sandwicherie'... sand witchery... s and whit cherie? YAM xx

Yes I too was struck by 'sandwicherie'.

Do you go in and ask for a sandwicherie?, I wonder - or just point!

As an australian living in France I had a chuckle while watching this latest ad. So dated and selling a very limited version of our Aus. While the country does offer beautiful scenery and a sunny climate, there is also some fabulous food and wines. We are constantly asked here as to why we have chosen to live in France over Australia and we always say it's not because of the food or the weather. Aus is ok for a holiday but europe is a far more interesting place to live.

Your table looks lovely and the stuffing sounds tasty. Cringe on the Australian tourist ad.

I enjoyed the entertainment value of the ad - well-done. On another note Sophie seems to have adjusted better than I have - glad she has settled in to her new life.

Actually, I think Sophie looks very well groomed. Can it be that her tail as seen in the last photo has been tied with something to control its fluffiness?

Focused concentration on food can still that wagging tail !

The Australian ad makes us want to visit...… get away from the fires, smoke pollution, drought, dust, heat and bickering politicians. Also see koalas that aren't burnt.

Yes, as an Australian living in France, I was amused, but did feel that in order to really enjoy it I had to suspend all knowledge of the current Australian government and forget that the whole place is currently on fire.

That sunrise took my breathe away.