How wrong could you be ! 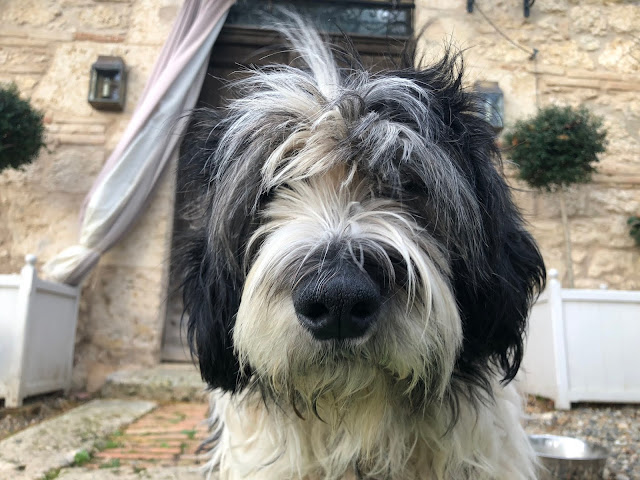 You might expect Sophie to drink from  the nice porcelain bowl in the hall, the  bowl in the kitchen or the metal bowl at the front door. How wrong could you be !  Nothing quite like standing precariously on your hind legs and slurping at length from the rainwater on the swimming pool cover. 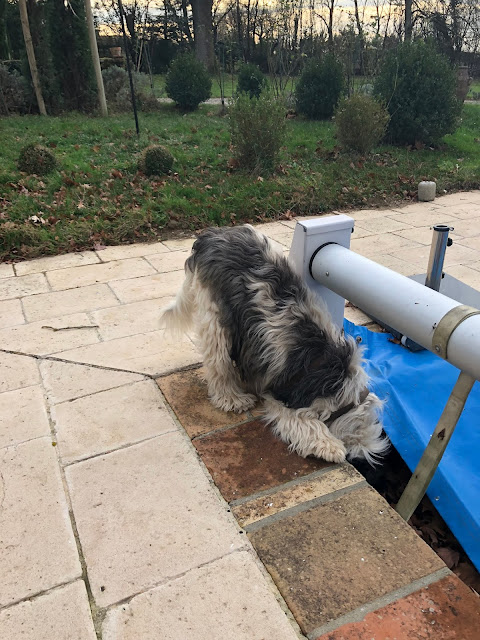 The post arrives .'The Font' reads a card and emits a loud splutter. The message on the inside not the most festive of seasonal greetings. 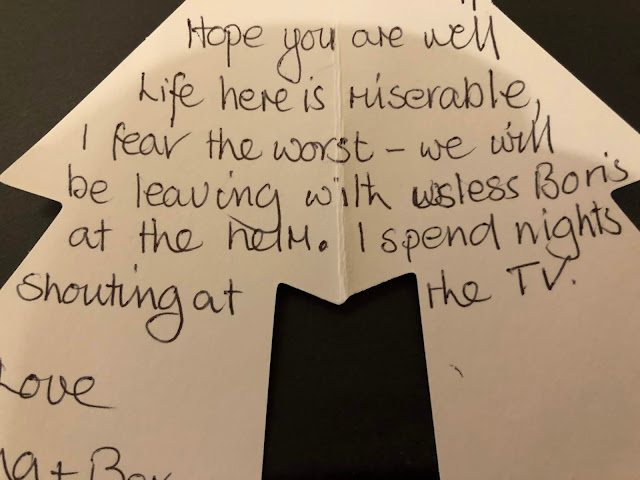 The gardeners show up to deal with the fallen cypress trees. Three are hauled away. The others staked up, trimmed and where needed cut back by 50%. Loic also shows up to blow leaves. 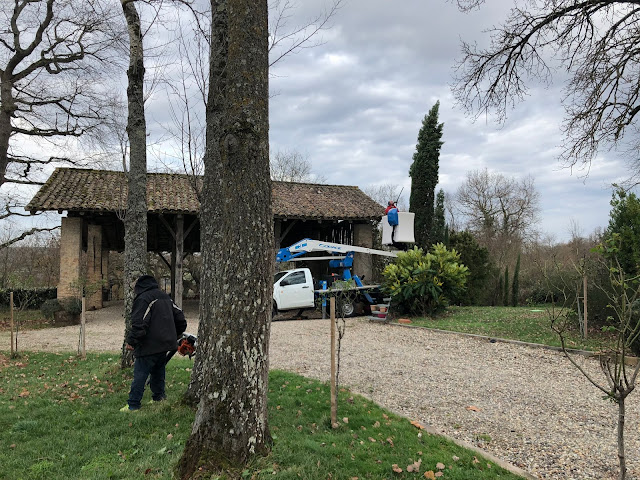 For a Polish Lowland Sheepdog girl it's turned out to be a pretty good day. The trip to the bakers was fun but now there's mud to roll in, Loics leaf piles to scatter and gardeners to supervise. There is also a man on one of those telescopic arms to stand and bark at. If only there were Jaffa cakes. 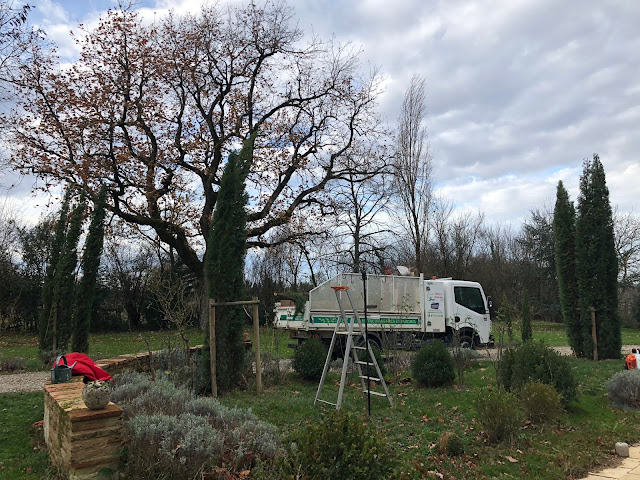 Fifth Risk was book that was worth reading. Here's the author talking about America : https://play.acast.com/s/talkingpolitics/834ddcb6-0bfb-4e4e-8e62-fe0f0f59120a

Your miserable friend in the UK needs lessons from Sophie in how to enjoy life!

What - no Jaffa cakes? There's a serious lack of communication somewhere. Next time you employ anyone to do these tasks, Angus, please remember to ask if they bring Jaffa cakes.

I feel your friend's pain and I raise her by Donnie, Mitch, and Lindsay. Maybe a nice trip to the States is in order.
We are all in the same crazy world boat. We like to shut off the TV between historical moments, read, play with the dog, step outside to breathe. This too, shall pass.

Hari OM
Mlle Sophie has started having solo best days ever then... and the world self-rights. Loved the music today and am now listening to the ML clip. The honesty of your card communicant is refreshing! YAM xx

Thank you for linking the interview with Michael Lewis. I listened to all of it and now feel somewhat guilty that I didn't read The Fifth Risk when it was published. I recall an interview he did with NPR's Terry Gross
when it first came out, at the end of which she asked him if there were any other matters which were of concern to him but which he hadn't included in the book. His reply was it occasionally entered his mind that Trump might one day decide to order a default on US debt held by China. Hopefully, we've now reached a point where even Trump wouldn't come close to such an action.

Thanks for sharing the interview, it was very eye opening. I think our - Americans - most jaw dropping moment was the fact that we the American people selected Hillary Clinton and Donald Trump as our candidates to begin with.

I could have written that card and just changed the name. I've finally had to just stop watching and listening to politics. But it's not easy.


In your "awaiting moderation" place on your dashboard, I asked about the parcel I sent. I'd just like to know if it arrived. Many thanks.