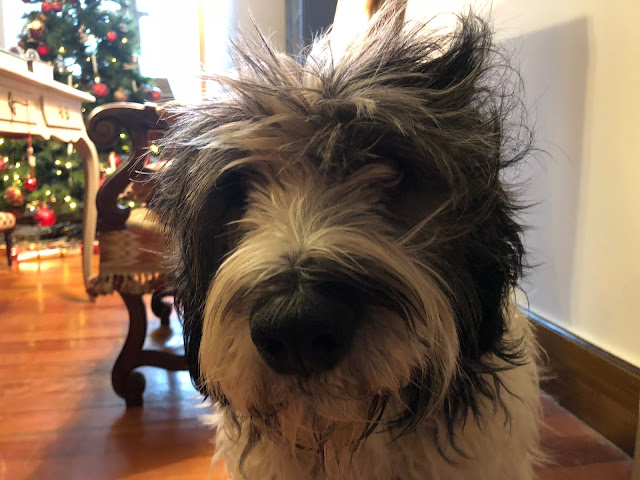 British election night. England votes one way, Scotland another. A King Pyrrhus of Epirus moment awaits someone. Between elections and referendums voting is becoming  a pretty regular occurrence. This morning the family princess is looking a little the worse for her late night. Not so much a bad hair day as a lopsided hair day. I tell Sophie she's a vision of loveliness.  Thankfully, Polish Lowland Sheepdogs don't understand gentle sarcasm 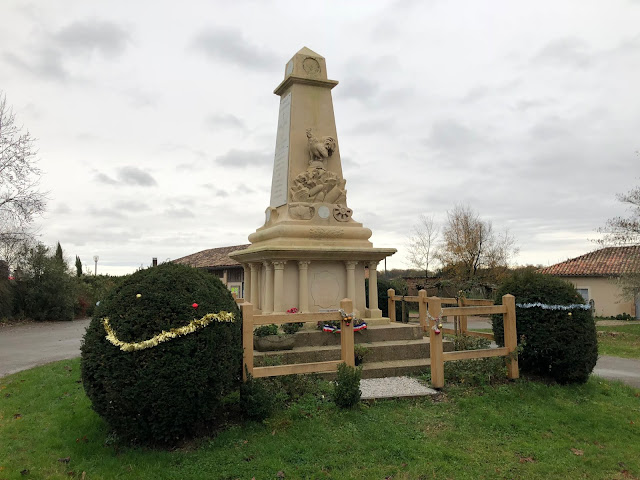 Outside it's cold and wet. Angus discovers this is 'twinge' inducing weather. The mayors secretary has been up early to set out the Christmas decorations around the war memorial. This must have taken her all of five minutes. 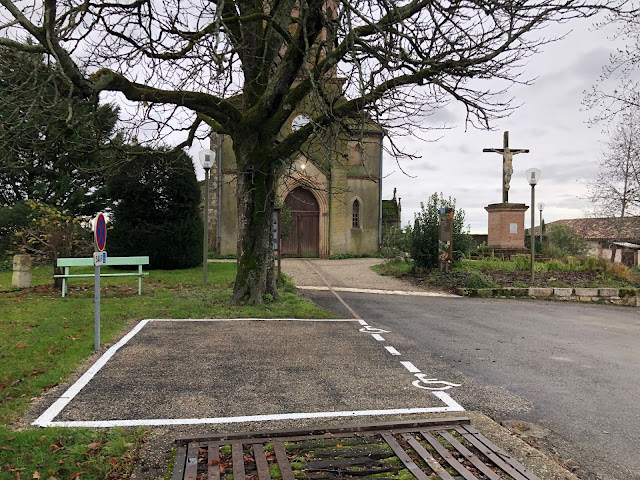 Workmen were busy in the village yesterday afternoon. A team painted white lines around the wheel chair accessible parking spaces. Another team installed a solar powered light and attached a parking sign to it. A third team dug trenches. 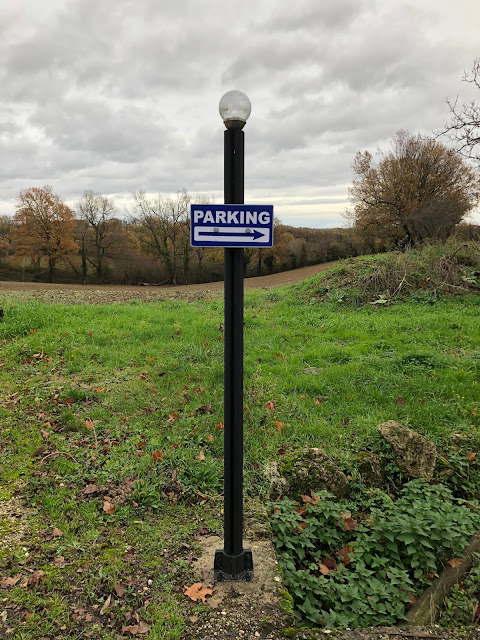 The wheelchair accessible parking spaces have had electronic guidance systems installed. Any visitors with eyesight impairment can now follow an electronic signal from a buried wire. This assumes that any visitors will have a suitably hi tech sensor with them. All of this capital investment seems highly improbable in a village of 67 souls. 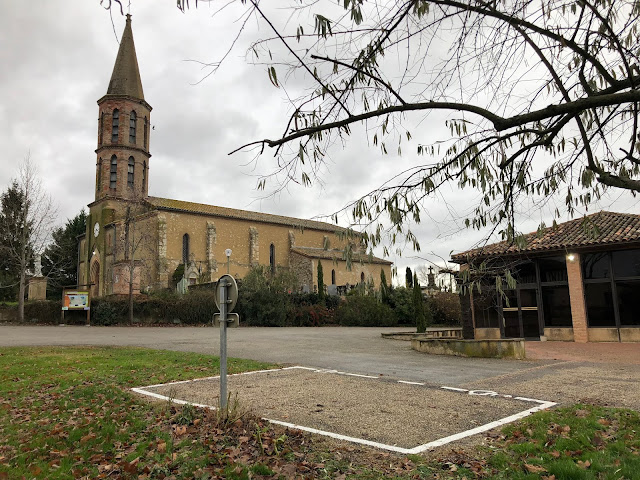 Christmas music 10. So Harvard to sing in Welsh. https://www.youtube.com/watch?v=Z6kWUyqKOL0&feature=youtu.be&t=5239
Posted by Angus at 6:39 AM

Bertie thinks Sophie is a vision of loveliness.
A depressed and election-weary Gail wonders if she's channeling Boris's look...

It's a tribute to your blog that admiring(?) the Christmas decorations on the war monument is something I've come to look forward to as part of my run up to the holidays. Why is the mayor himself so hands-off at this particular time of year, do you think? I'm embarrassed to say I never knew (or forgot) the origin of the term Pyrrhic victory, but I'm happy to have that little nugget of knowledge - I'm going to test my son the ancient history buff when he gets back next week and see whether he knows - probably embarrass myself!

My reaction this morning was WTF. Not even close! How did that happen? Collective insanity?
Lying, incompetence, buffoonery are preferred over a distasteful alternative nobody is enthusiastic about. It makes me worried for the US in 2020.
As for the handicapped spot, I have been the driver of a handicap van with an electric ramp. It belonged to my parents, both in wheelchairs at the ends of their lives. Vans take up space. It is really hard to push someone who weighs twice as much as you. Often I would find the handicapped spots taken. I tried not to be judgmental about the seemingly able-bodied people coming and going from them--after all, I would sprint between the van and the supermarket, leaving my dad in the shelter of the store while I loaded the groceries, and then sprint back to get him and roll him into the van. But it does seem that many people use them as "I'm not going to be long, it won't hurt," when in fact it really does hurt. The van ramp couldn't be used in a normal parking space.
And you'd be surprised about technology, especially in France where the government foots the bill so people can get it. This sounds like a great invention. Why it's rolled out in your village before someplace like, say, Toulouse, is more of a mystery.

I cried this morning when I heard the result of the British election. It was the shock of how many seats the Conservatives won, and how many people there must be who don't believe the same things I do.

Somewhat strange to put Christmas decorations on a war memorial.

Hari OM
It's all a bit numbing, this politics bizzo. We need more of Sophie's tousle and Angus' gentle observations. One thing... electronic parking guides for vision impaired drivers...???!!! Does this explain something about French driving? YAM xx

My first thought also was about vision impaired drivers. Are they the same people with the Sans Permis' ?

Sophie’s hair has a holiday style to it with your festive tree in the background! After watching late night news about the USA impeachment, and the votes coming in for the British election, I fell asleep. At 5:15am, I woke myself up screaming “help”. Watching news and nightmares a coincidence? I think not.