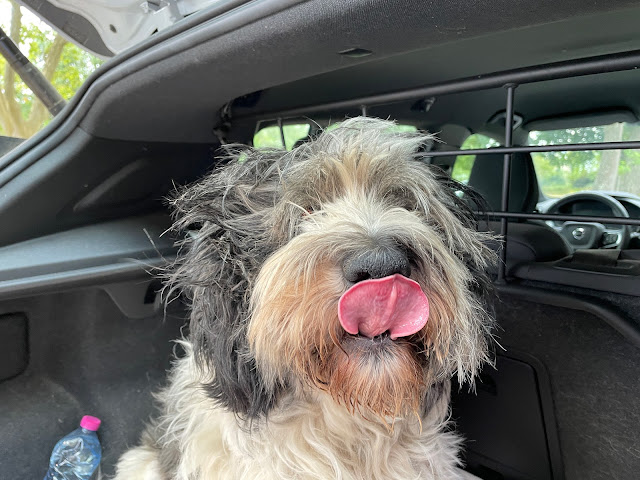 Good morning from Sophie who is keen to get her day started. She seems oblivious to the fact that she spent half of last night wide awake during a violent mountain storm.  Sophie is usually oblivious to thunder and lightning but this mornings storm was a particularly ferocious affair that seemed to linger directly above The Rickety Old Farmhouse. Angus spent his time between two and four dispensing ear tickles and making sure shutters were secure. 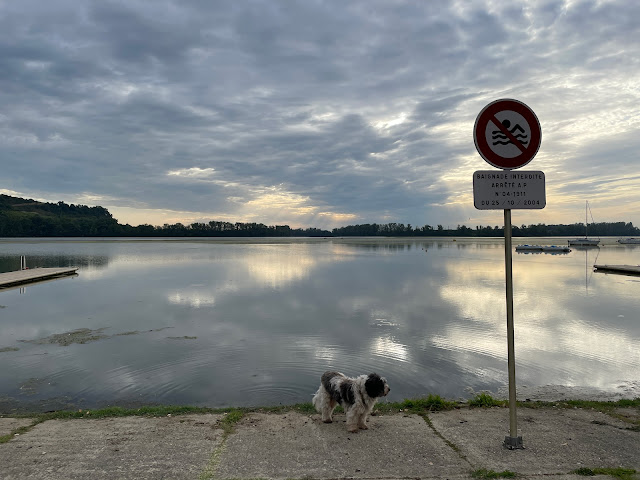 Back to school time for the village children. The two tikes stand at the bus stop looking mega glum. Their teenage sister  ignores them while staring intently at the screen on her phone. She takes a seat at the front of the school bus. They wander, heads down, to the back. Their mother, by contrast, seems decidedly happy with life.
The patio at the cafe is closed due to the overnight rain  but the path down by the river is deserted. It's been a month, maybe six weeks, since we were last here. This is undoubtedly Sophie's favourite place for scent sniffing. 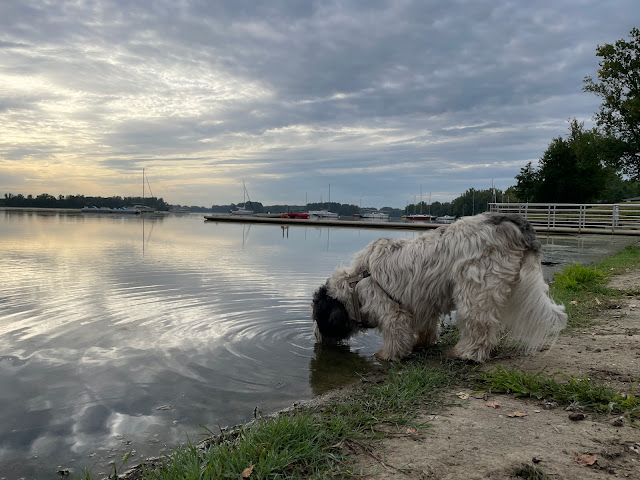 Afghanistan off the top slot on the morning radio programme for the first time in three weeks. Today, we lead with the story that the French President is in Marseille for three days to deal with the local drug pandemic. We also learn that hurricane Ida has swept the Eastern seaboard and that Roe v Wade is a thing again. 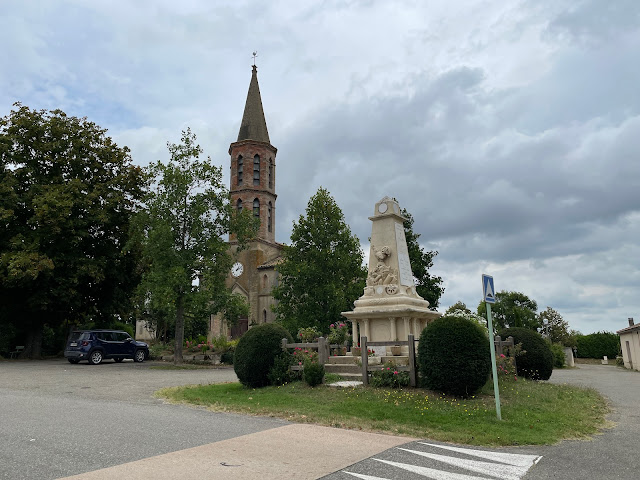 By the time we're home the flags on the war memorial have been taken in. They were up for exactly 50 days. They should now reappear on November 11th. Did one of the village mothers waiting for the school bus notice they were out and say something to the new mayor ?

New scents to sniff - what fun! Inca has had to make do with the same ones for the past two mornings, so she's very envious of Sophie's change of scene. Perhaps tomorrow Inca will find something new as we are returning to our favourite pre-tourist invasion, breakfast venue. Do 50 days have some significance - and will the November 11th flags be left up to celebrate Christmas and New Year?
This morning on our return from our walk, Inca walked straight past one of the feral C-A-T-S, sunning itself in the garden, she almost stepped on it without realising. The cat just lay there, they stared at one another and neither of them reacted - how's that for progress!

Hari OM
I too appreciated the music... and its setting. As per the light in the water photos, it is to be observed that the sun rises and runs lower in the skies by several degrees. Same here. Did it know we entered September..? YAM xx

Thanks for the daily glimpse into Sophie's day

Perhaps someone besides the new mayor removed the flags?