The village quiet. Madame Bay stops by on her way to the health centre for an eight am appointment to check on her blood pressure. She thinks the judge has told both parties in the dispute to be adult and maintain a 10 metre distance from each other. This is difficult as their houses , although set back, face each other across the lane. Under the interim judgement the Anger Management Man isn't supposed to stop on the road outside the German Billionaires Builder and vice versa. Madame Bay says a full, formal, ruling is expected next week. There is a 'walking on eggshells' feel to this interim ruling. Both parties to the dispute are maintaining a low profile but you have the feeling they're peering out from behind their shutters to see who is speaking to the 'enemy'. 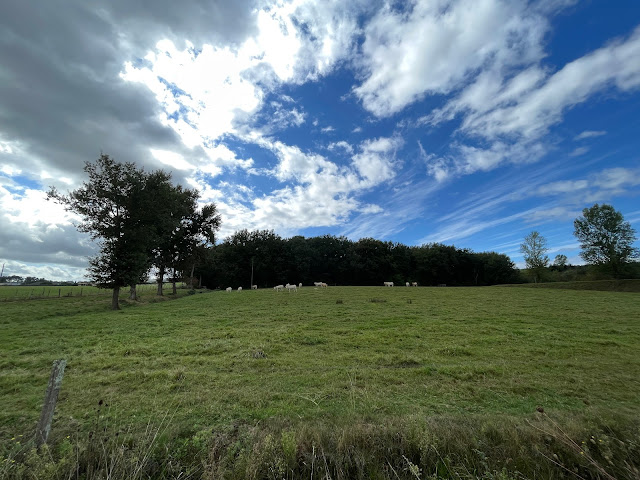 The weather has moved from rain to 'changeable'. It's dry(ish) as we set off along the valley floor but starts to chuck it down as soon as we're out of sight of the car. Sophie finds a squashed toad on the road which makes her day. Her companion is less happy about her find. 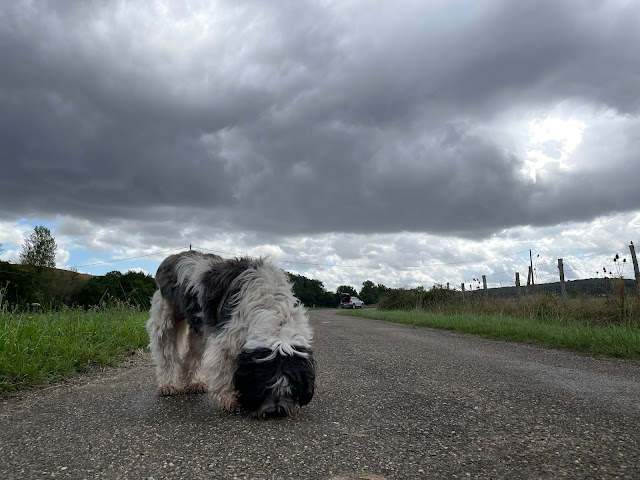 We are now in the season when the back of the dog car is amply stocked with water absorbent mats and a supply of towels. Sophie is soon dry and looking fit for a trip to the drive thru bakers. 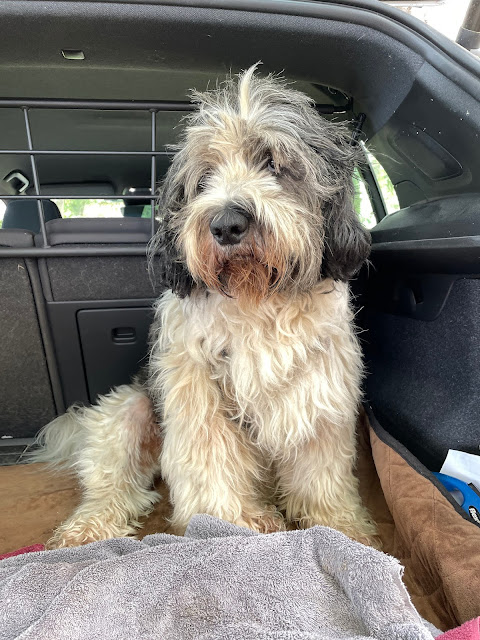 At the greengrocers the first of the local pomegranates.... 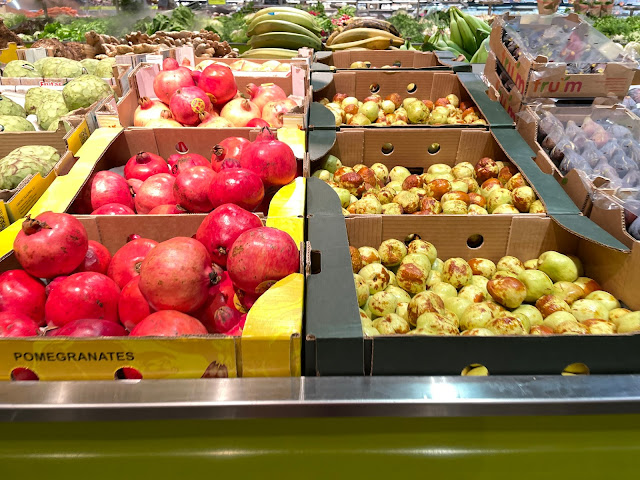 ...... and winter squashes. The year just keeps rolling along. 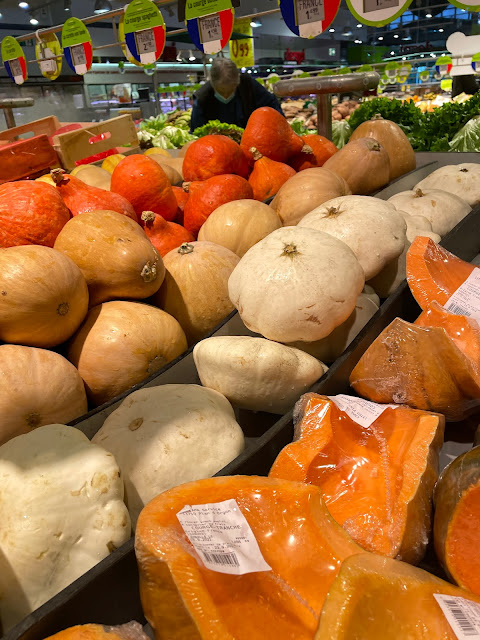 Sometimes I miss London and its eclectic food shops. Good to see this one opening up again :https://www.sallyclarke.com/