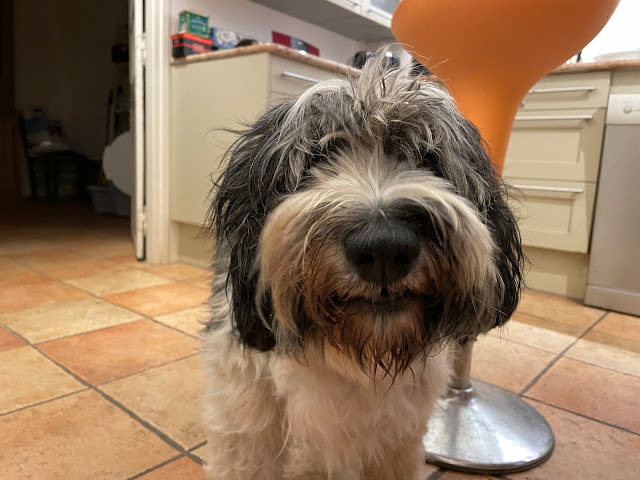 This morning Sophie is sporting her ' plastered down' hair look. She seems happy enough. Perhaps she's been through a hedge backwards ?
On our start of the day tour of the village we find that the Hunters Association are up and about. 30 cars and 50 men in day-glo orange vests standing outside the village hall drinking floc. Despite their close proximity not a mask to be seen. 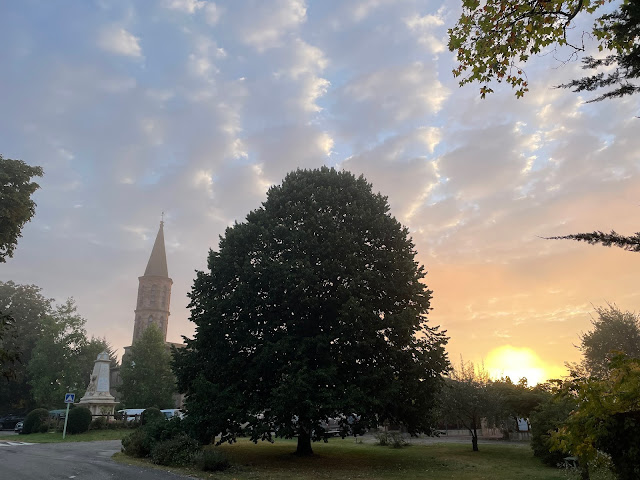 This is the week  the case between the Anger Management Man (AMM)  and the German Billionaires Builder (GBB) is heard. I sense a walking on eggshells atmosphere amongst the villagers. We have ( so far ) been able to pursue the ' Me simple foreigner. No speakee the French so well ' approach to this long running village dispute. 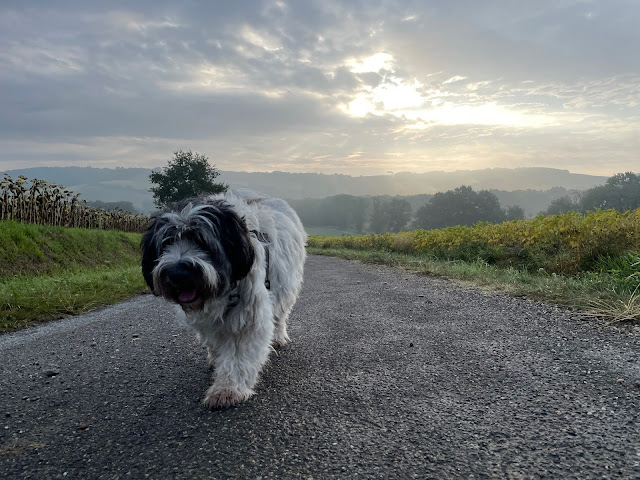 Sophie follows along behind on our morning walk.  This morning we discuss whether the Texas  GOP has gone too far on abortion, the news that the former President is selling his hotel in DC and the sudden ( but not totally unexpected ) resignation of the Japanese Prime Minister. 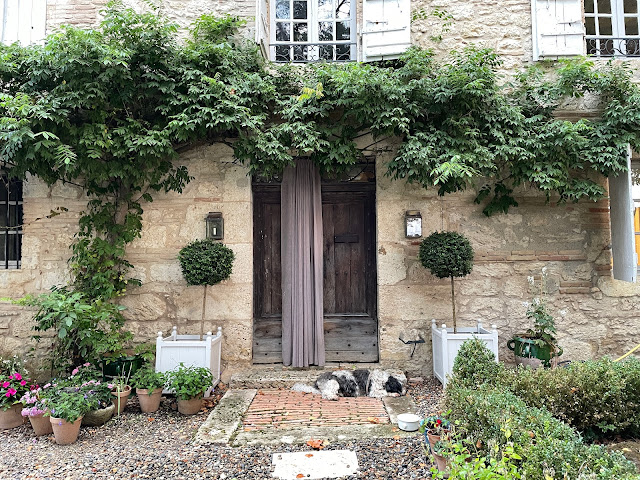 A book on the legacy of free minded Scots ( and Presbyterians ) on the development of the American Revolution arrived in the post yesterday. From a quick scan of the introduction I'd guess the thesis is that the Celts have always brought an ornery ' Don't tread on me'  touch to politics. 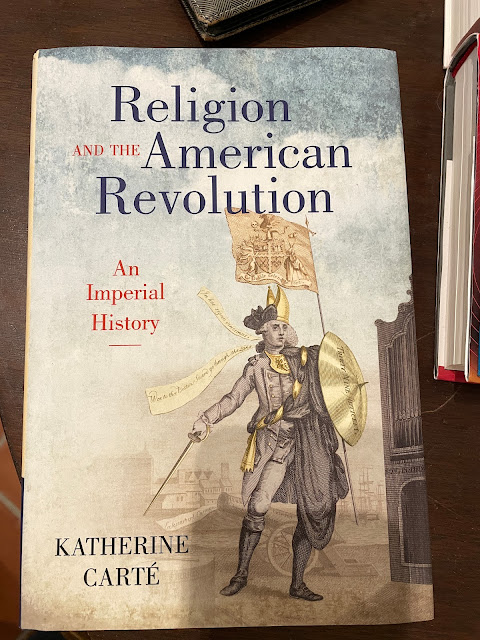 When I visited my father's second cousin in Newport Beach CA in the mid 80s she used a non dairy milk. I think it was soy, but it tasted like cream and I loved it! She may have been ahead of the curve, as befitted someone whose life trajectory took her from skating for Britain at the 1936 Winter Olympics in Germany, to being choreographer for Holiday on Ice in the States, to being a born again charismatic Christian. One of the most wonderful people I've ever met, quite apart from the soy milk that tasted like cream.

Not too long ago, Sophie's windswept hairstyle would have been the result of a visit to a very expensive hairdresser!
Weighty matters under discussion for a quiet Sunday morning in deepest France profonde
So, is this the week the entire village will have to show their true allegiance in the dispute between the AMM and the GBB? Does anyone remember - or really care, what it was about? Will you all have to go into hiding after the verdict?

The etiquette of village court cases would test Miss Manners. Do you congratulate one and commiserate with the other ? If there's an appeal how do you react ? Better luck next time ? Impartiality will be sorely tested. We're planning to add deafness and absent mindedness to our evaporated language skills.

the early morning sunrise pictures are quite beautiful.