History we all recognize. 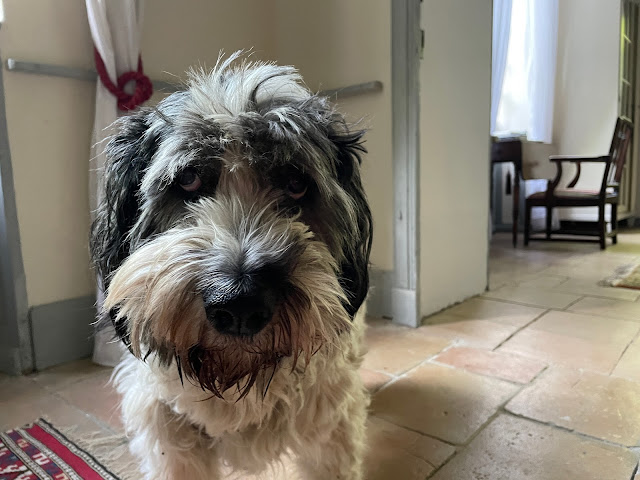 'Bonjour' from Sophie who alerts Angus to the fact that it's almost six and it's light outside. Why waste a moment of a perfect day ? There may be C-A-T-S to chase. 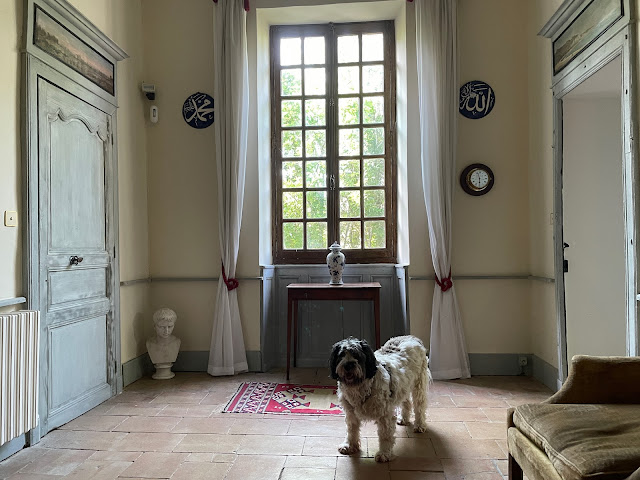 We head across the village green to open up the church. The bee tree isn't yet in full bloom but it's humming merrily away. The bee tree is one of the seven auditory wonders of the world. Moses had his burning bush. The village has its humming tree. 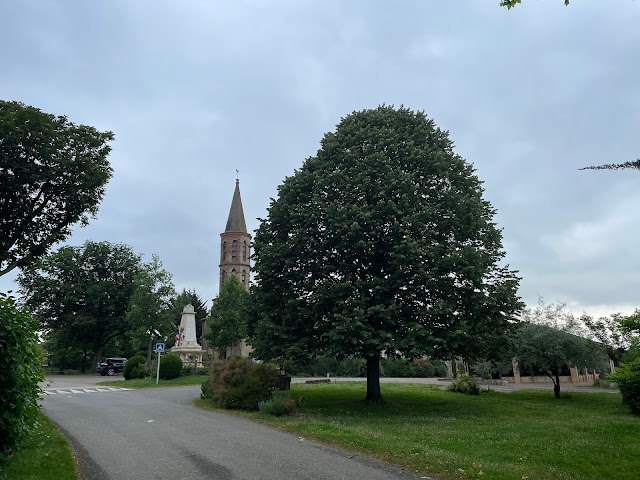 As we're leaving who should show up but The Old Mayor himself. The priest is down with the flu so the funeral has been rescheduled for Monday. It seems the dead mans family is not a happy one. He  has two sons who aren't on speaking terms and four ex wives that ' do not get along ' . The Old Mayor says this in a way that makes it clear this is no normal familial discord. He adds an ' Oh la la ' to provide added emphasis.  All the wives have phoned The Old Mayor to say they intend to attend the funeral. It's been decided that there won't be a vin d'honneur in the village hall.  'Grief, alcohol and a family like that is a mix that can only end in tears'. 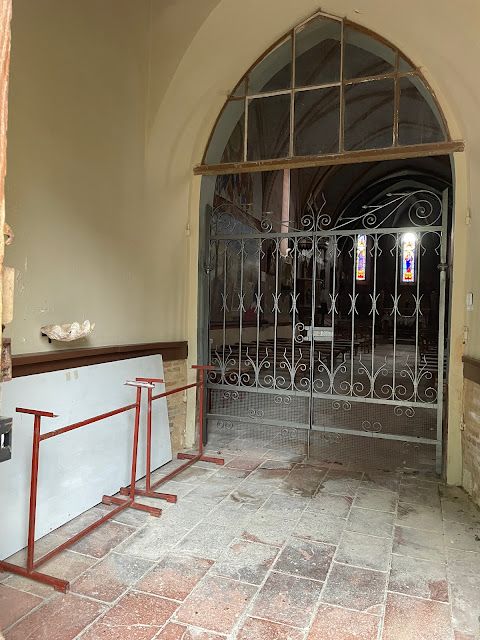 The Old Mayor has shrunk. He's smaller and thinner. I ask him if he's alright. It seems his wife, who he refers to as 'the love of my life' was taken into the Old Folks Home yesterday.  She'd got a serious urinary tract infection after her fifth hip operation and was 'confused'. She didn't know who he was.

Over the last couple of days she'd fallen out of bed four times. His wife was too heavy for him to lift so he'd had to call the Sapeurs Pompiers. The young doctor in the health centre didn't come out to the house but arranged for her to go into the home and have 24 hour care.  'We've slept together every night for sixty eight years' he tells me in that peculiarly intimate way the French do. He quietly folds in on himself and weeps . I find myself standing in the lane with my arms around this old man wishing him ' bon courage'. He doesn't think she'll come home again.

This blogger sometimes complains that nothing ever happens in this little corner of paradise - but pages are always turning and chapters opening and closing. This is a hushed history we all recognize and share. 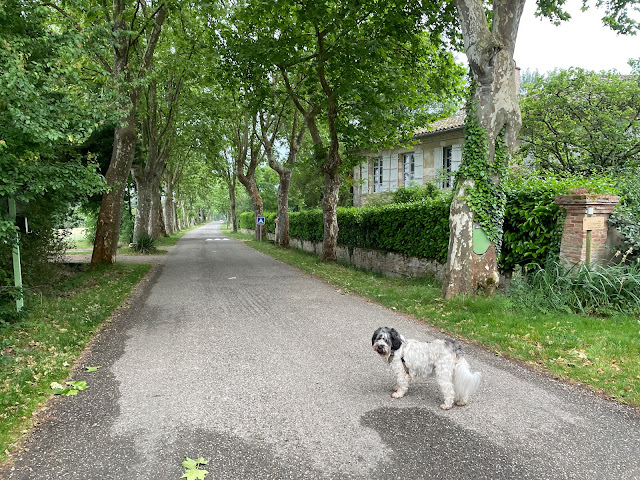 https://cosmosmagazine.com/history/ancient-dogs-morphology-europe/
Posted by Angus at 6:29 AM

Agreed. The poor man but it sounds like and extraordinarily long life of shared happiness - a rare thing.

Together every night for sixty years, but now apart. Readers of this blog will all be joining Angus in wishing 'bon courage' to this fine old gentleman.

The poor Old Mayor. This happened to my parents in law. My father in law visited my mother in law every day in the aged care home until she died.

Hard to type through tears.
The poor Old Mayor. My parents had a similar situation. In the end, they died three weeks apart.
It's sad that we are collectively concerned for the Old Mayor's wife, whereas the family of the quadruply married dead man are preparing for battle. Some families are wonderful and some decidedly are not--and there's no place like a funeral for the bad ones to display all.

Taste of France - I'm assuming from the old mayors description that the inheritance is likely to be 'contentious' and that the previous wives and the current wife may well have 'words' over who gets what.... or worse.

Echoing Gail's wise words - the poor man must feel almost as lost as his wife. Good that you could offer comfort to him Angus. Our thoughts will be with him.
Hoping that the delay in the funeral doesn't give time for tempers to rise and arguments to fester. It seems that family occasions such as funerals (and occasionally weddings too) are a good excuse to air long held grievances.

I'm so sorry to hear about the Old Mayor and his wife. It has been a blessing to follow their story over the years, and I hope her condition may still improve if an infection is involved. The article about dog morphology is timely. Two Irish wolfhounds have recently joined our neighborhood dog gang. They definitely stand out from the typically tiny Tokyo dog, but they all still seem to recognize each other as fellows.

I went to the funeral of a great-uncle, and both of his wifes showed up, he never divorced the first one, she saw the obit on the newspaper and showed up. The two of them traded stories about what a wild life he had lived.

The story of the poor Old mayor strikes a note....my friend's 93-year-old mother had a serious uti also. Please let him know that confusion is a known side effect. Hopefully with the addition of antibiotics the Mayor's wife will be in his bed again soon.(sorry to have Sophie's blog become a discussion of old lady maladies. The potential for Village excitement at the Monday funeral is much more interesting.)

How to comfort your Old Mayor from so many miles away? He has earned our concern after so many years of ladder borrowing, a tipple of champagne, and that pork pie hat. Prayers that his wife recovers and they can spend more nights together.

Hopefully the Old Mayor's Wife will respond quickly to antibiotics and be home soon. He seems to be such a lovely gentleman. The funeral? It might be a good day to take the big car to Toulouse for maintanance!!