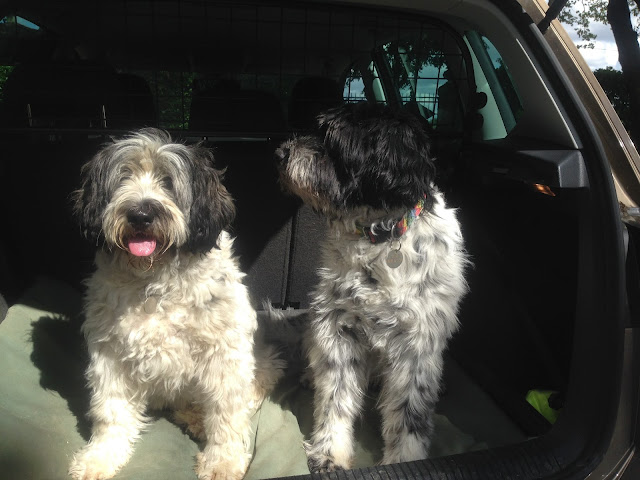 Getting into the back of the car is a relatively smooth and orderly process. Bob gets up first and sits on 'his' side of the car. Sophie gets up next and does several 360 degree turns before settling down satisfied that all is in order. 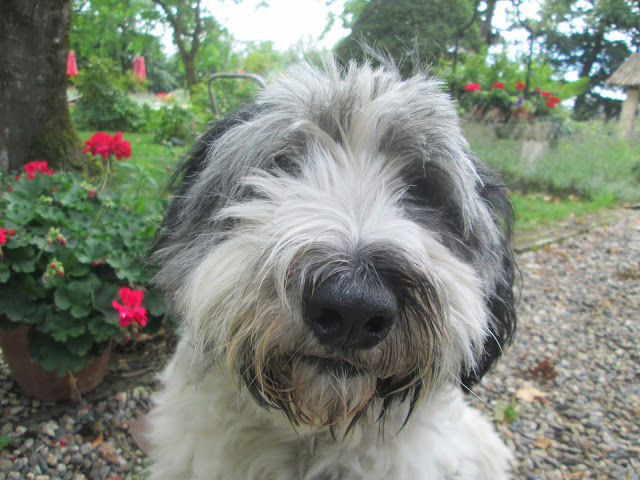 We drive down to the valley and park so that the angelic duo can go for a paddle in the stream and a run through the sunflowers. 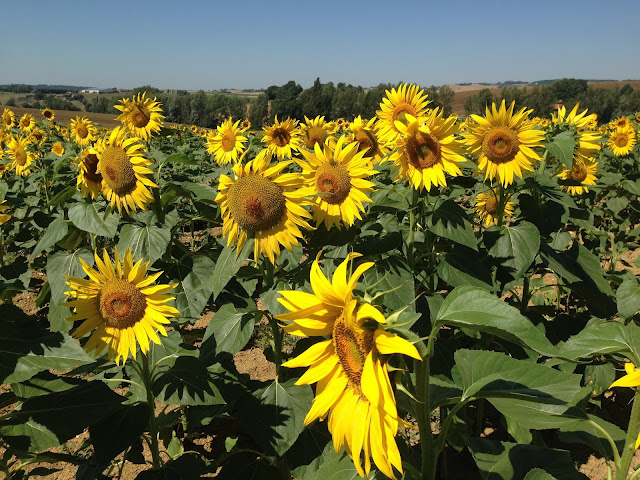 Off to the market for flowers for the dining table. In Scotland the flowers are scentless things grown in some Dutch or Kenyan greenhouse and air freighted to purchasers in the frigid north.  Here they're the product of someones back garden and sold, bugs and all, for 3 euros a bunch. 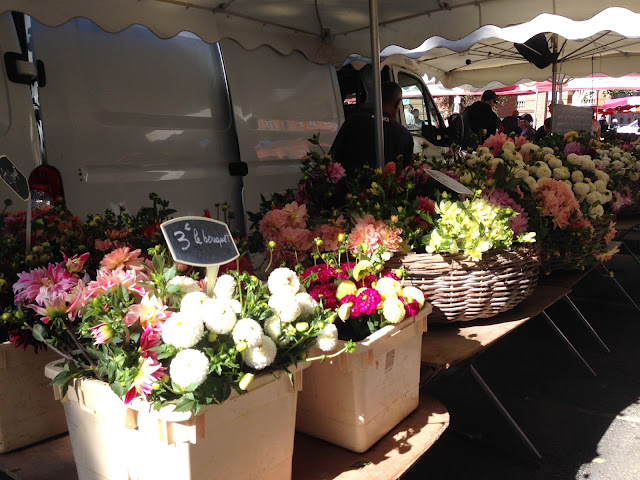 We have flowers at The Rickety Old Farmhouse, or to be more precise we have roses. Lots and lots of roses.The thick clay soil ( gelatinous in the rain and baked solid in the summer ) is something that roses like. Blue things like Ceanothus also like it. Everything else seems to die - sometimes immediately, usually after soldiering on for three months. 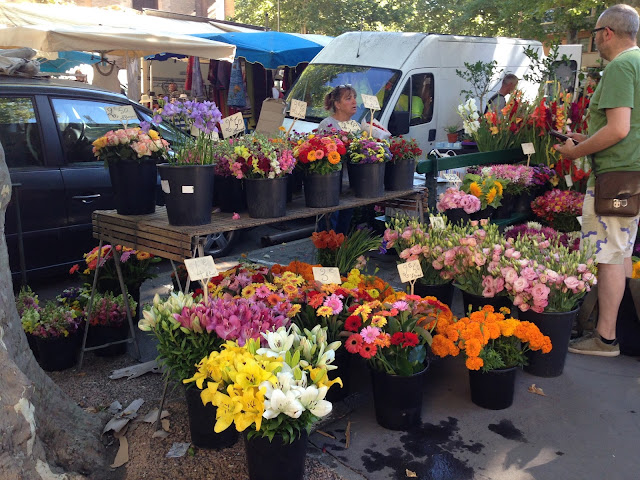 PONs and master stop for a cup of coffee and a bowl of water at a small cafe. We've never been there before but the waitress greets us like long lost friends. To be more precise she treats Bob and Sophie like long lost friends and takes Angus's coffee order in silence. The chef brings out biscuits. Sophie drops the 'diva' persona and replaces it with her 'orphan that's never been fed ' act. 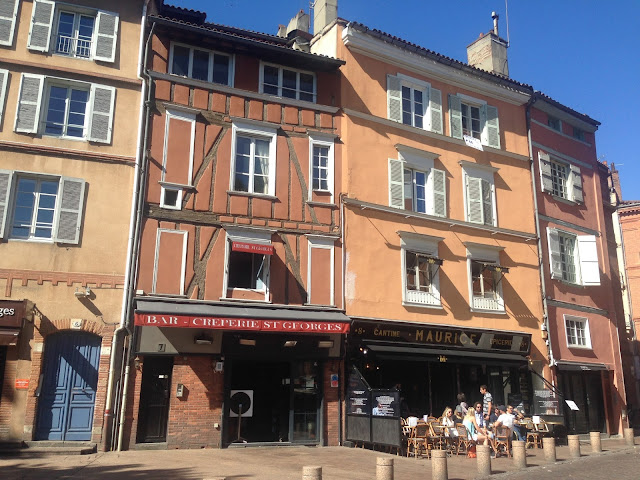 Without the Financial Times  Angus would not be au courant with fashion trends. If you thought romper suits were for two year olds - think again. The accompanying video is clearly aimed at a younger less conservative audience. Even more amazing is that the '' Splatter Print Cotton " has already sold out .

Hari Om
Same audience as the mankini and boydress, one wonders? Thankfully we get no summer in the Bonny Land, at least not of the kind which would encourage such aberration! YAM xx

A bit worried about 'the World's favourite male romper.' Strange....

We do indeed see too many scentless air freighted flowers on sale in Aberdeen. Thankfully, roses seem to grow well up here and the 'romphim' has not yet caught on...

Well, I suppose we get used to anything after a while...that splatter print is very practical...it won't show the stains.
Strange how most dogs adopt the "orphan that's never been fed" when there's food about.

I don't think the Romphim will contribute to "making America great again", SAD!

The Romphim looks like an infant's onesie for men! Babies are adorable wearing one, men, not so much. Sophie knows how to work her audience!

Beautiful flowers today. I noticed you can purchase a two or three-pack of Romphims. May be great for dog walking!

Those rompers are something else! And the hassle of having to undo it every time you needed the loo!

I can almost catch the fragrance of the fresh flowers. Such colors!

The linked page says they "spent countless hours" designing that. Pity.
Something similar showed up on the book of face a while back, and for a few moments the world was united in laughter.