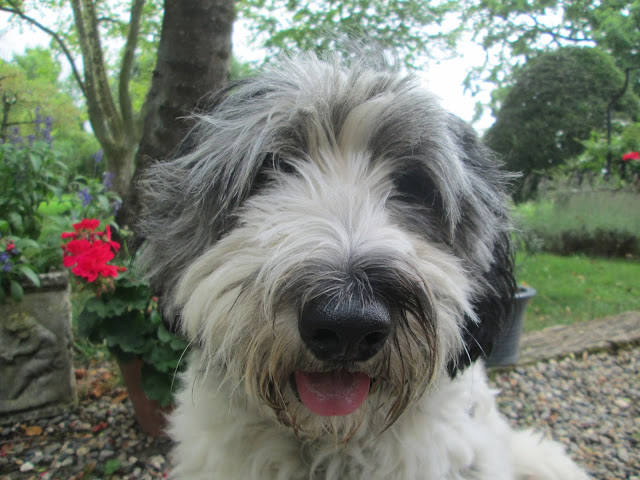 Sophie is in an affectionate mood. Having found and digested something pungent she is intent on giving Angus a kiss. This is declined. 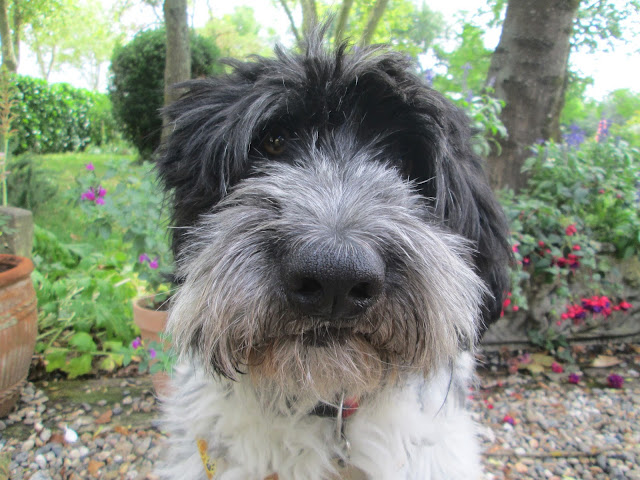 Bob is worried that I've forgotten the car keys. 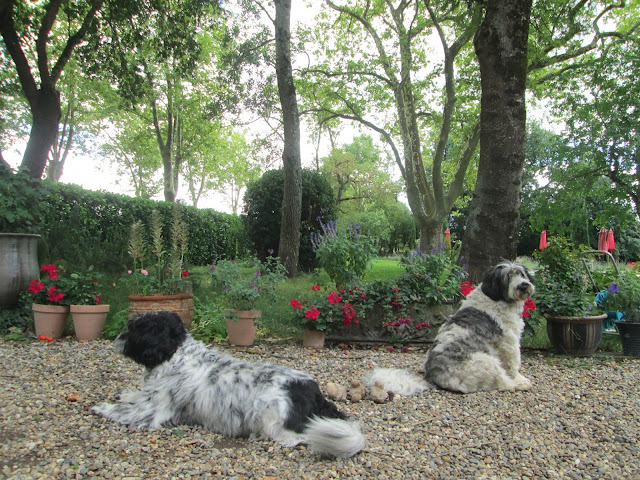 Finally, the PONs are loaded into the back of the 'Loonj'.  Bob gets in first and sits on the wrong side. This causes a diva moment. '' You oaf ! That's my place " . Bob gets out. Sophie gets in. Bob follows. The universe is back in balance. Silence, or near silence, reigns. 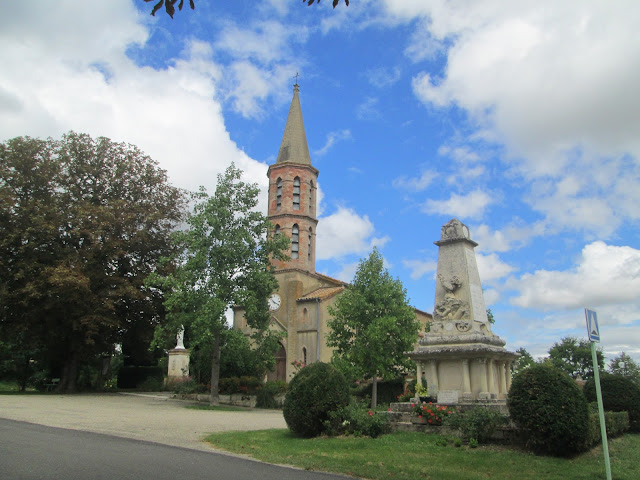 The church clock has gone wrong again. It is stuck at five to four. The mayor thinks the pigeons have built a nest on the ( supposedly pigeon proof ) mechanism. From time to time it emits a frustrated half clunk, half boing. 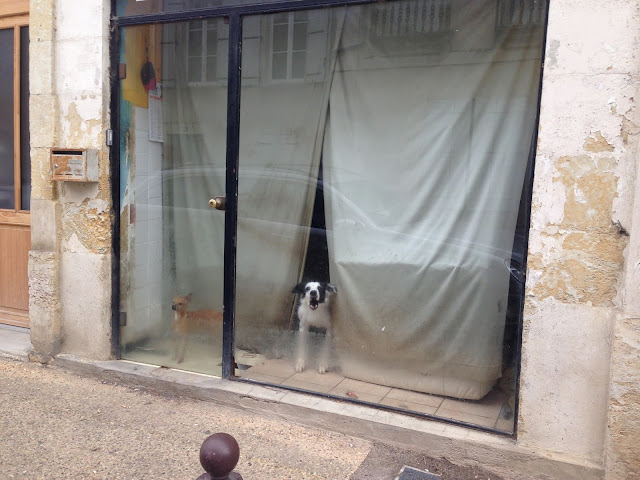 On our way to the market a 'cardiac' moment. Two pint sized dogs object to Bob and Sophie walking by. 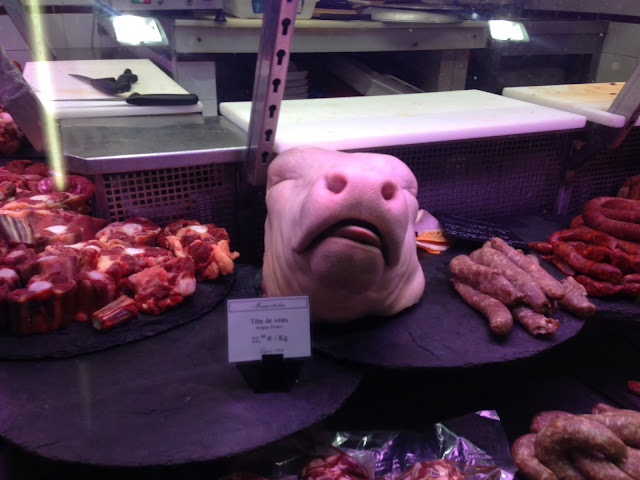 The butcher is displaying  a calf head. This is somewhat off putting. Angus wonders who would buy it. Sophie is  intrigued. 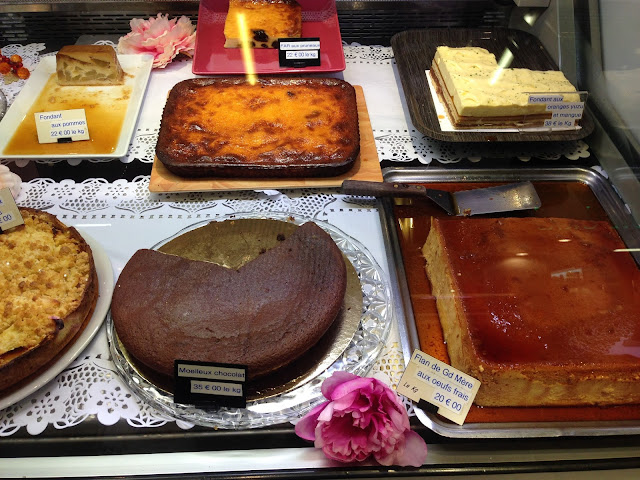 Today is going to be the best day ever.

Surely some loving dog owner will realise how much his adored pets would appreciate a calf head for dinner?
Toodle pip!
Bertie.

My thoughts too, Bertie. It would be an even better best day ever, if Angus had bought the calf's head and 'The Font' and Sophie had conspired to cook something tasty !

Laughing about above comments re calf head. I'm thinking Bob enjoys causing the odd diva moment. He's too clever not to have worked out what happens when he sits on the wrong side of the car.

Hari OM
Averting gaze from calf head, a fresh egg tart would make my day too. Here's to each and every day getting better and better! YAM xx

Oh, goodness, that calf's head triggered memories for me. When we were first married, 40 years ago, and not well off at all, you could buy a half pig's head for virtually nothing, and I was taught how to get a huge amount of meat off it. The first thing I was shown was how to excise the flap of skin upwards so it immeucovered the eye.. and once the poor animal stopped looking at you, it was much easier to continue! Now you pay a lot for cheek meat to slow cook, and also for oxtail, which used to be classes as offal and was looked down upon. Is it similar in France?

I remember the first time I saw calf heads in the windows of a boucherie and was horrified!

Oh, wow :( That head reminds of the Linda McCarney quote - “If slaughterhouses had glass walls, the whole world would be vegetarian.”