Through the eyes of a dog. 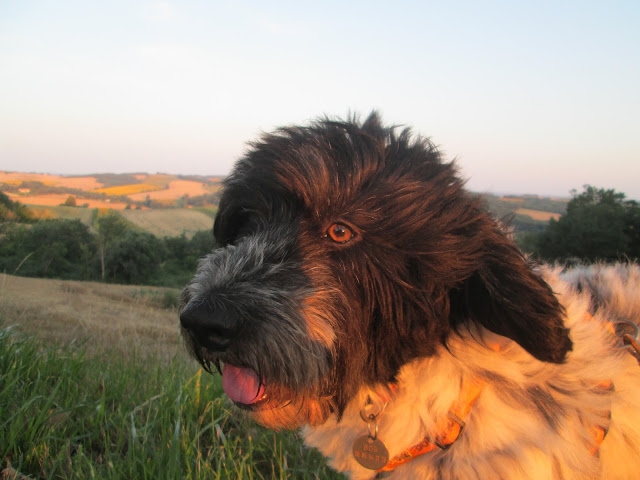 6:15 am. The sun just rising. Humans see the world through routine dimmed eyes. Bob looks at the world afresh each morning. Sparrows, squirrels, the new road sign, the donkeys at the crossroads - all are a source of amazement. Not bad to be four and a half years old and live a life where wonder and marvel start before breakfast. Bob knows today is going to be the best day ever - by miles. I tell him man walked on the moon for the first time on this day in 1969. He seems unimpressed. His sisters too busy foraging for discarded owl kill to have an opinion. 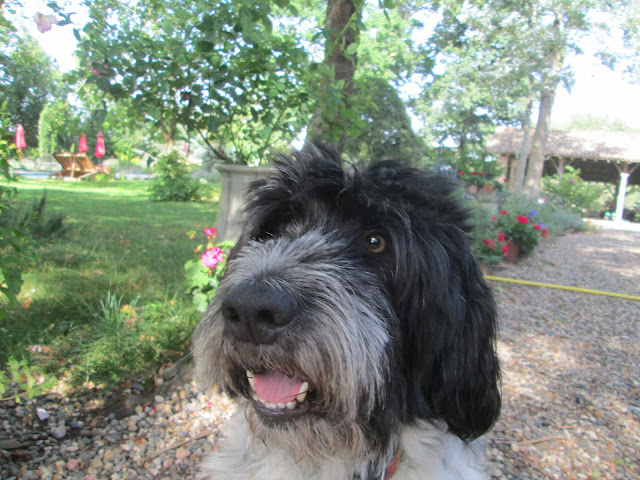 Yesterdays sad news reminded me of this display of dignity : https://www.youtube.com/watch?v=MRq6Y4NmB6U

I wonder what Bob is thinking.

It is sad to see good men and women being taken out. I hope the senator takes time now to spend time with his family. He has served his country well.

Sad news indeed about John McCain. His is a voice of sanity that is much needed right now.

Hari om
Bonjour Bob... healing thoughts to all in the world struck by disease. The body respects not any status or standing and levels us all. YAM xx

Yay for honesty, courage, integrity and dignity. We need this more than ever in our world right now.

What a handsome chap Bob is.

Bob's attitude is a lesson to us all. Though the moonwalk deserves awe.
Best wishes to John McCain.

So sad about John McCain. Having followed Teddy Kennedy's suffering, as well as that of a dear friend who had the same terrible tumor, I know he's in for some bad times. But then he said to Lindsay Graham, "I've seen worse." And indeed he has.

On a different note, bee update. It appears that the bees who stung a dog to death a while back were not the Africanized bees thought to be more aggressive, but simple European bees who just got mad at having an inadvertent attack on their hive by the unaware dog.

Bob is a such a grand dog.
Angus, am I confused or might today be your birthday (the 21st)? A best ever day to you all in any case!

Thank you for remembering !

Yes, it seems even the most placid of bees will defend their territory if a canine rump sits on their nest.

He's soooo much happier when he can see and the hair over his eyes is kept shorter. PON purists may despair but it makes him and us more relaxed. If a dog can see what's coming he has time to placidly adjust.

He is a fine man.

Sophie's wondering what there is to eat. Bob is listening to nature.

A gentleman and a very fine servant of his country.

Bob sometimes sits and stares at the moon. We findit comical he finds it , literally, awesome. Sophie barks at it.

Happy Birthday, you live in paradise so it will be a great day. Cheers

You know, I wish I was a dog. To see what they see and not have the worry. That's my wish.

And going down and reading the posts - my crew of three and our house would like to wish you a happy birthday! :)

There is a lot to be learned from Bob.

It is sad news about John McCain. I'll admit to not having been much of a fan of his when he was running for President - Maybe it had to do with Sarah Palin. But that moment at the rally gave me a respect for him that I'd not had previously. That respect has grown as I've seen him defend the values and principles that he believes so strongly in.

Happy birthday to you, Angus. Over the years I remember your mentioning your birthdays but didn't realize that it fell on the 21st which is also my husband's DOB. Tomorrow is his brother's...but he is 13 years younger. Strange, eh?

I hope that isn't the end of 'level-headedness'. So many people have to make up reasons for someone disagreeing with them.

An errant canine nose will do it too!!! Hope you are haviung a happy birthday!!! Joyeux anniversaire!!!. We saw Dunkirk this afternoon...very well done, I think.

You are the BEST, Steph !
Happy , Happy Birthday to you ANGUS. A Toast to you is now being sipped. Thank You for your beautiful Blog

May your birthday have been a fun one, with a few delightful surprises!!!

Happy Birthday :) Like good wine I am sure you are improving with age ...