When a fox preaches beware of your geese. 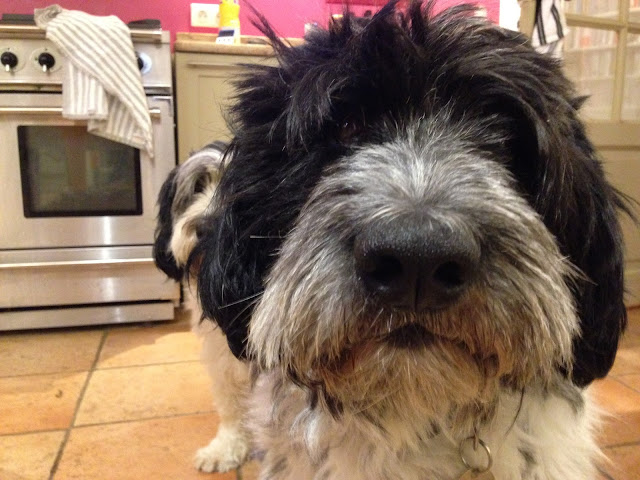 July 14th. Bastille Day. The PONs are eager to get the day started. 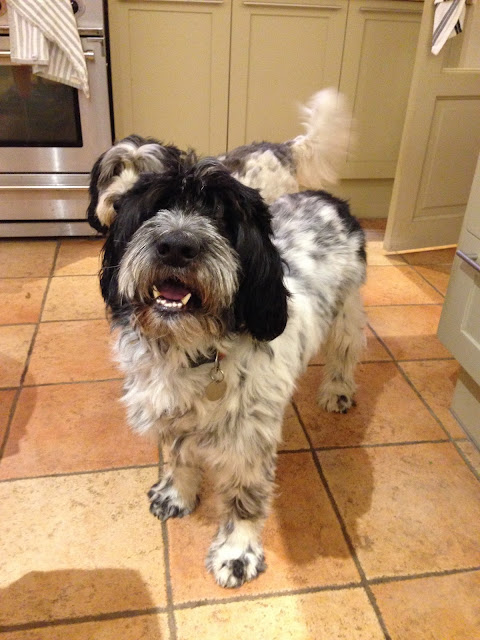 The farmer harvested the wheat in the field by the crossroads three days ago. On our morning walk we see he's already grubbed up the stalks and is ready to start ploughing. 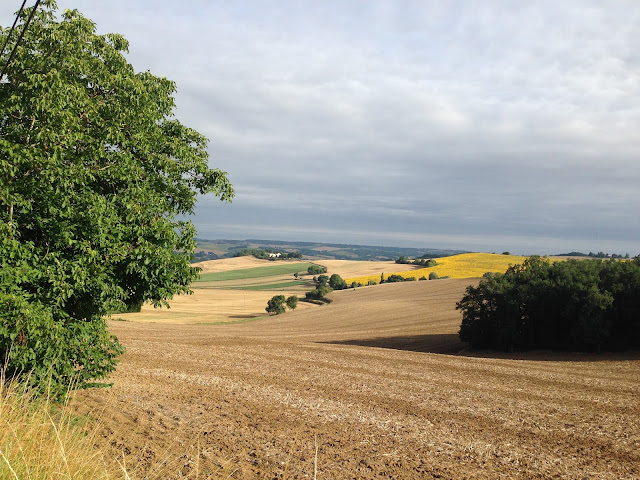 The mayor has set out the tricolors on the war memorial in readiness for the village Bastille Day celebrations. Around eleven the ancient combatants will be wheeled out for a brief rendition of the national anthem followed by a  convivial glass or two of flock administered by The Very Old Farmer from his stainless steel tea urn. The special needs home will have a barbecue lunch and afternoon disco on the village green. 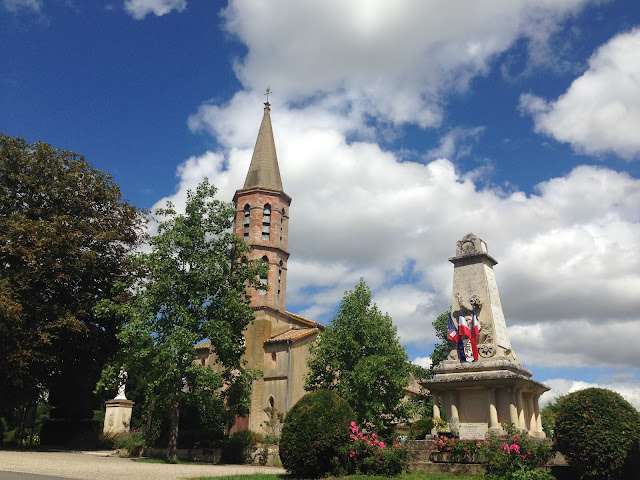 Later today a screen will be set up outside the village hall in readiness for tonights showing of a comedic movie about a snooty Parisian and his even snootier wife who come to live in the country. Their teenage daughter falls in love with a local farmers son who smells of cow dung and picks his teeth with his fingers. The inevitable happens and the Parisians soon have country in-laws who visit them in the Marais with 'side splitting' consequences. It is shown every year - sometimes twice. If its windy the screen will fall over. The lengths of power cable that run from the projector to the power point in the Salle des Fetes will, at various times, be tripped over so that the showing will be interrupted while the mayor tries to find the source of the problem. 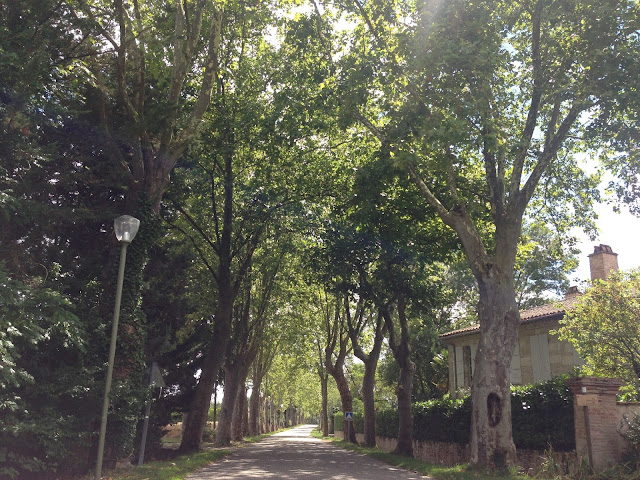 Something exotic makes an appearance in the greengrocers. They are hard and scaly. Decidedly suspicious. 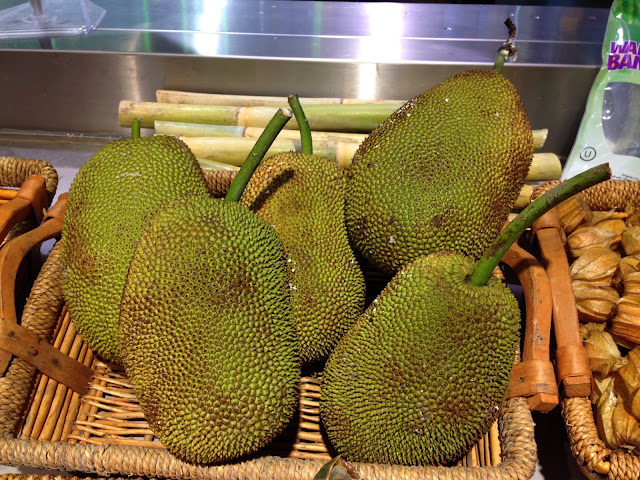 That looks like Jackfruit. Liked by vegetarians because it can be used as a meat substitute.

At least in France you have a national anthem with a good tune for the musicians to work with. 'God Save the Queen' sounds like a dirge, however sung, I'm afraid.

It sounds to me as though the antics during the screening are much funnier than the film !
Angus, do I read that right - The Very Old Farmer? Who will forget the pleasure that the contents of his stainless tea urn brought !

A slip of the finger. The Old Farmer. It would be a Bastille Day miracle if it was The Very Old Farmer !

Thank you. It didn't go in the shopping trolley.

Interesting, when does the Old Farmer become the Very Old Farmer and the next generation take over as Old? Have you got someone waiting in the wings?

Definitely jackfruit. Yummy. There's a natural fault line in the fruit and it will split open along that line with a little bit of pressure. Inside there is sweet ftropical fruit around many big seeds. Very easy to eat the fruit from around the seeds. Save the seeds and boil them up. They are mealy, a bit like boiled chestnuts. Delicious.

Love the description of the movie. I bet that one is a hit with the locals.
Here, the fireworks display (done on the 13th, because otherwise nobody would be there, since the truly huge display in Carcassonne isn't far) went a bit awry. It was over, then some more fireworks exploded. And the waterfall of light fell off the bridge. The mayor definitely didn't hire the A-team.
I would have appreciated if the disco afterward had gone to the advertised 1 a.m. Instead it wrapped up at 5:30 a.m. As we live next to the Salle des Fêtes, it was like having a disco right inside our house, a bonus that I failed to appreciate.

Hari OM
I see others have revealed the jackfruit; as a Hindu vegetarian I can tell you it is not eaten as a meat substitute, it is eaten because it is a delicious vegetable in curry, Southern-style with coconut milk and green chilis... and I am jealous you are able to source it, cuz one thing's for sure, the chances of it reaching Dunoon are zero to minus!!! Enjoy the festival, whichever rendition of the anthem arises! YAM xx

Delightful description. What is the name of the movie? Who stars in it? I'd lalso ove to see it. I was in France many years ago on Bastille Day, in the Auvergne. I was moved very deeply and enjoyed the dancing and the burning of the Bastille.
Vancouver Barbara

I particularly enjoy noting the coming and going of seasons in your photos of fields and countryside. Mid-summer already.

Just watching Macron and Trump on the news. Bastille Day movie sounds great. As someone who watches 'Dinner for One' every New Year's Eve, I can understand watching and laughing at an old favourite.