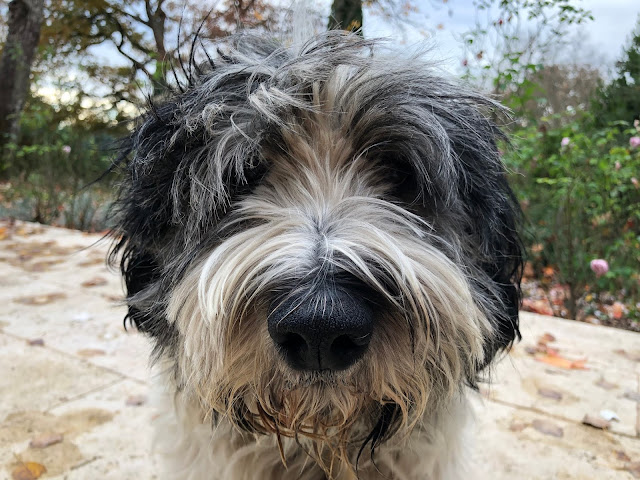 One of those days when it can't decide whether to rain or pour with rain. In the end it decides to do both and add in a little sleet for good measure. The PONs are in their element. Nothing like a hint of sleet to get the day off on the right foot. Their master is less enthused about the sleet which is of the variety that manages to work its way through the outer layers and down the back of his neck. This morning we stand at the storm drain and look out into low cloud. The donkeys are just visible standing under the oaks in the middle of their field in a circle. Angus tells Bob about Rick Ayers and Mark Meadows but the family PON isn't interested. 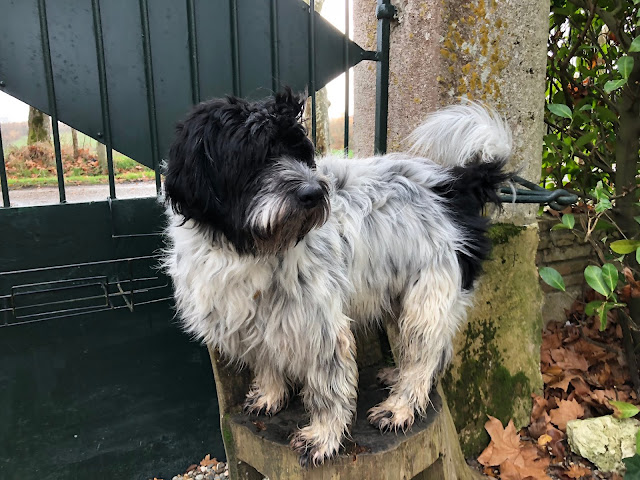 Bob uses the occasional dry spells to stand on his stump seat and guard. Sadly, there is little to guard against today. More of the citrus fruit mousse cakes have appeared in the bakers. The young lady behind the counter is unsure as to whether they're apricot or lemon or a combination of both. 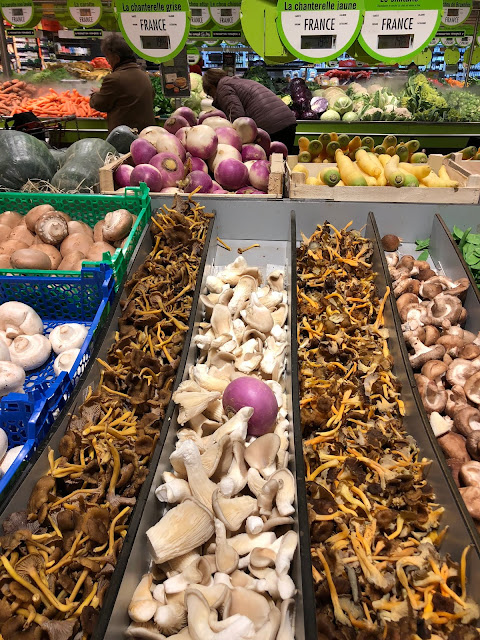 Two types of chanterelles in the greengrocers. We decide on the yellow ones for a dinner time risotto. 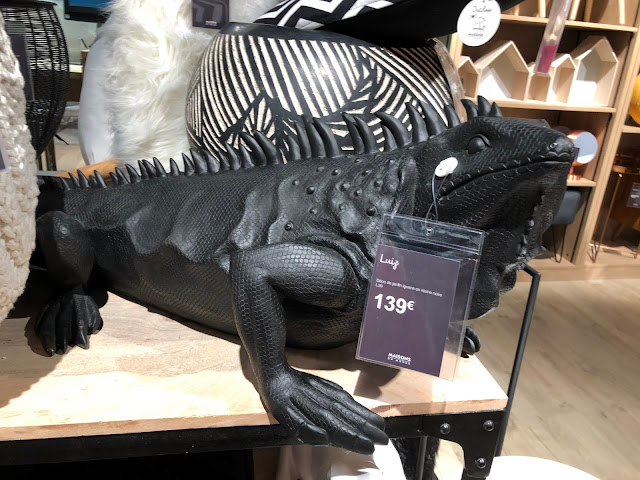 The little department store is open early after being closed on Saturday. The staff weren't able to get through the yellow jackets picket line. A line of early rising shoppers has formed. The PONs are loaded into the back of the car and are soon sleep. Angus goes in to buy a wedding present for the young garagiste and his soon to be bride. He is surprised to see a large black plastic lizard for $150 and a wide variety of plastic gnomes in pastel colours. He opts for a coffee machine. A middle aged lady tries to sell him one where you have to order the capsules online but this doesn't sound like the sort of thing the young garagiste would do. I make sure that he can come in and get a refund or change it if he wants to. 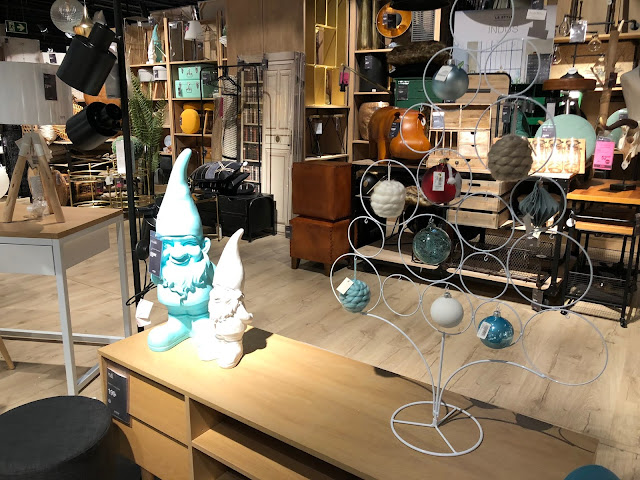 That is a lovely rendition of a song that has suffered grievously over the years, thank you. I liked yesterday's, too, especially as the YouTube sidebar with it also offered up Skipinnish.
Maybe the black plastic lizard would like a job as the White House CoS, he'd fit right in.

I never knew there is more than one type of chanterelle. I trust the risotto was good.

What is wrong with all-brown in the baker's display? It means chocolate! I am suspicious of fluorescent colors and am frankly fed up with fluorescent yellow.
We stayed home Saturday but I heard one shopping center, near the autoroute rond-point, closed completely. Sunday, however, cars were parked up to a kilometer away, and only a sprinkling had yellow vests on the dashboard, so they were shoppers, not protesters (who were out on Sunday since the stores were open). I haven't seen such insanity since pre-2008, though it may be more a case of delayed purchases coming to fruition rather than an actual increase in total activity.

It is probably delayed purchasing. The yellow jackets have probably driven on line buying to record levels this year. Even The Old Farmer has been buying from Amazon !

Hari Om
Good grief Angus, again we conincide in our searches for Christmas listening!!! It's a goodie, this one.
Winter is exerting its grip now. YAM xx

The two lots of chanterelles look the same to me -- maybe they came from different forests so have been separated, but they look like the same species. The white mushrooms in the middle are Pleurotus eryngii (either var. eryngii King Oyster Mushrooms or var. nebrodensis White Ferula Mushrooms). I've just been lucky enough to visit a facility producing these. Really fascinating. I'll publish a blog post about it shortly.