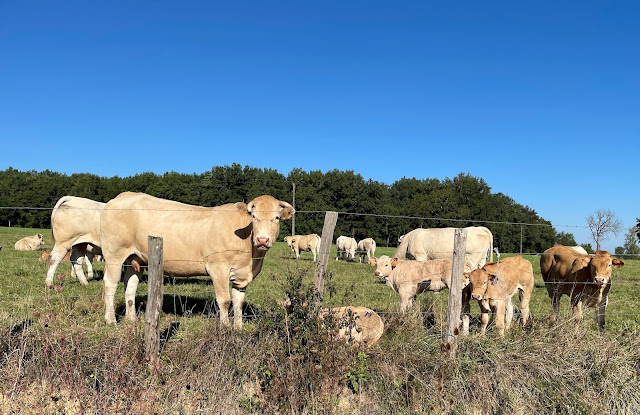 Our morning walk completed in record time.  This morning the cows and their calves are standing right by the roadside fence.  They stare at us in the hope we might be bringing a bale of hay. Under their watchful eyes Sophie quickens her pace and positively sprints along the lane.
Back at the car she fixes me with a look that says ' Do you not know how risky that was ?' 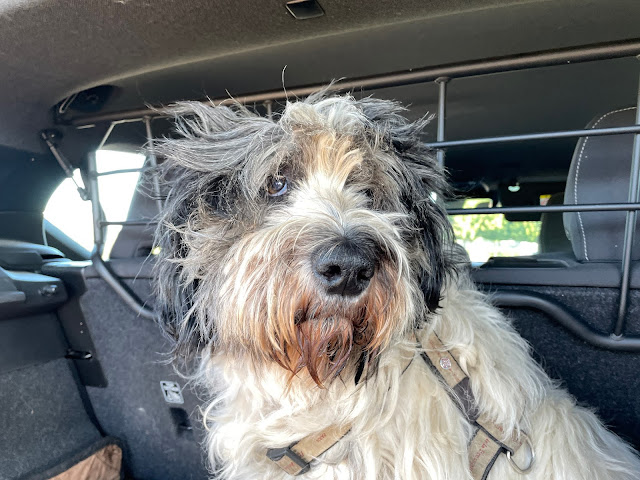 From the top of the ridge we can see clouds building up over the frontier with Spain. Perhaps later today , or tomorrow, we shall have rain. With the exception of some still to be harvested sunflower fields the countryside is now being tidied up in readiness for winter. 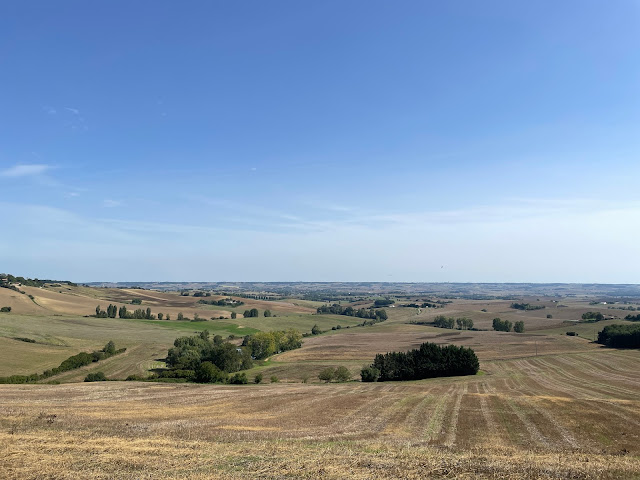 Yesterdays paper warned us that a cloud of volcanic ash was heading up from the eruption on the Canary Isles. 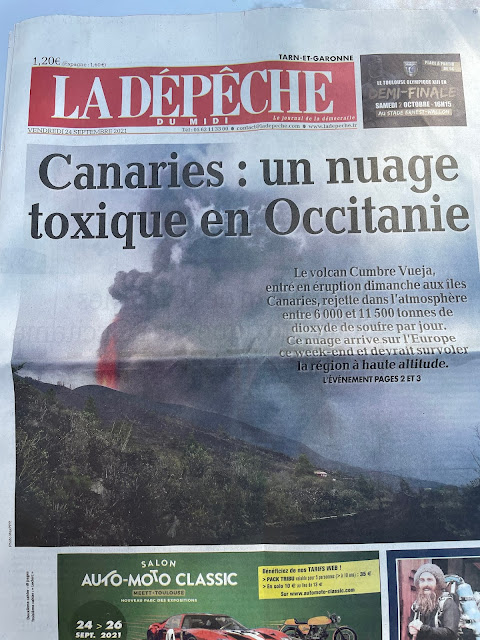 So far there is no sign of the 'toxic clouds' that were forecast. 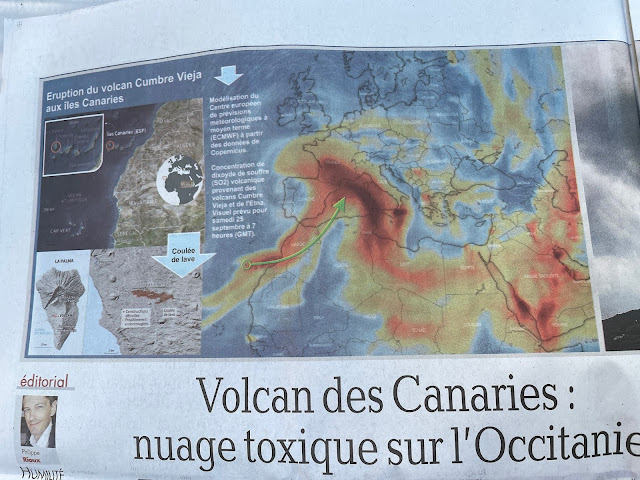 You are so right Sophie, that was very risky. The cow on the left, nearest the fence, doesn't look at all friendly!
From the map in your paper, it looks as though the toxic cloud is heading our way and will have far-reaching effects on much of the western Med. No sign yet, the forecast is for 27º and partly sunny.

Such a pretty puppy!

It has been delightful watching the changing of the seasons this year through Sophie's photos. Let's hope you avoid the volcanic cloud. Here in SE USA, we have had plenty of smoke from the California fires this summer.

Hari OM
Will it be as bothersome as Eyjafjallajökull? I have to say, news of the eruption had escaped notice here until this morning. Now it is being reported that many farmers' livelhoods are threatened. Expect price rises (or scarcity) of bananas, avocados and grapes, if La Palma is the source of your produce.

I have to admit that, after reading the title, I was expecting Mlle Sophie be giving Angus a lecture on the toxicity of methane clouds arising from the cows... YAM xx

When we lived in Alaska a volcano erupted - An interesting experience, to say the least. In a way, kind of what Sophie knows to avoid finding herself in with the cows.