Sunday : The very end of October 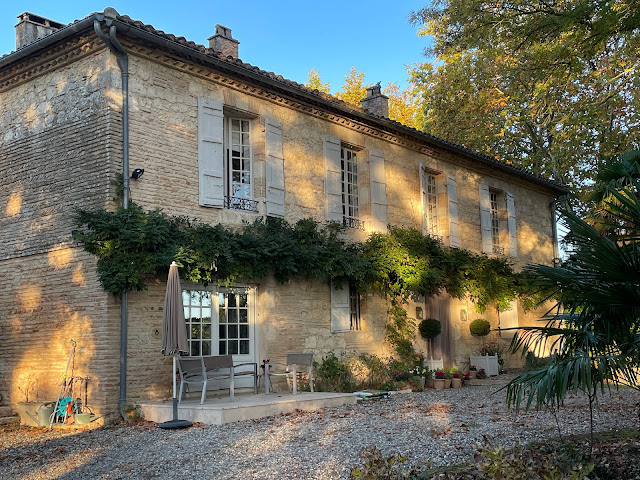 The clocks change. No one tells Sophie. Our six am tour of the garden undertaken at five.  Some routines cannot be changed.

Sunrise. Sophie disappears, at high speed, into the garden. She has seen or heard something that requires her undivided attention and the full on application of her PONette hunting skills. There is the sound of branches snapping as she pursues a path through, rather than round, the box hedge. By the time I've brought the car up she's sitting quasi patiently with that unmistakable 'What kept you ?' look on her face. 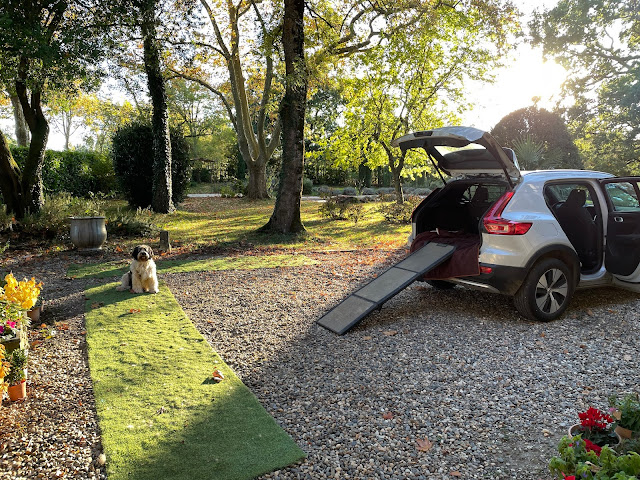 More and more types of pumpkins make their seasonal debut in the greengrocers. We've passed that point in the year where winter and Christmas seemed distant . 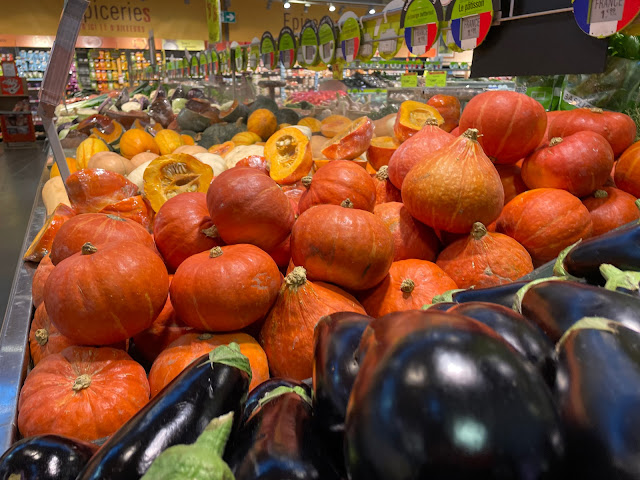 Back in the village The Old Farmer is out and about on his lawn tractor. He's taken to cutting his lawn once a day which indicates, to me, that he's bored. 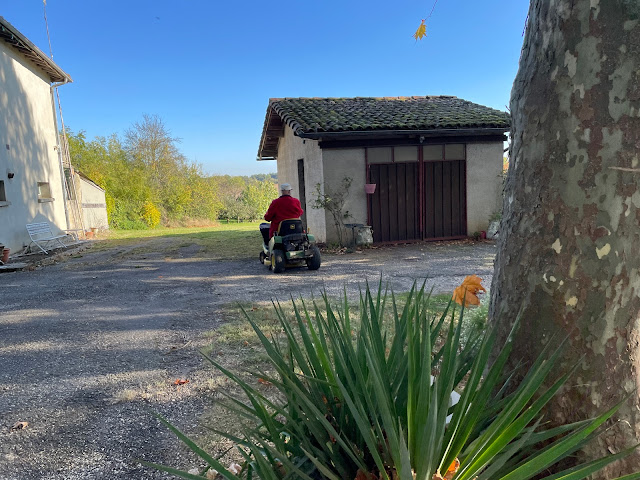 Last night I found our neighbour sitting dozing on the chair on his balcony. He'd fallen asleep in the sunset and was still there when the village street lights came on. I slam the front gate loudly three times. On the third slam he wakens and I see him stand up and wander indoors out of the cold. That's all I need to know. We are at that stage where we quietly check on him two or three times a day. He for his part remains obdurately independent. Being a watchful neighbour requires a light touch. 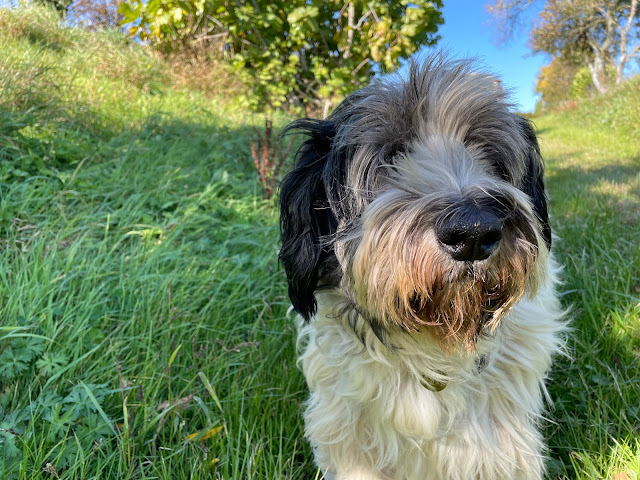