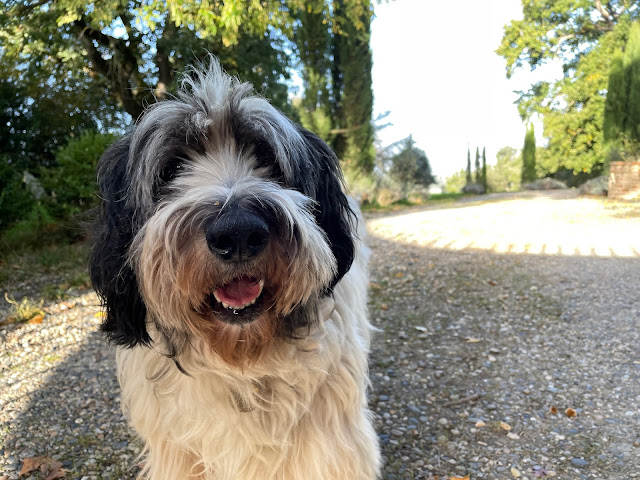 A hearty 'Good Morning' from Sophie who has woken early with mischief on her mind. 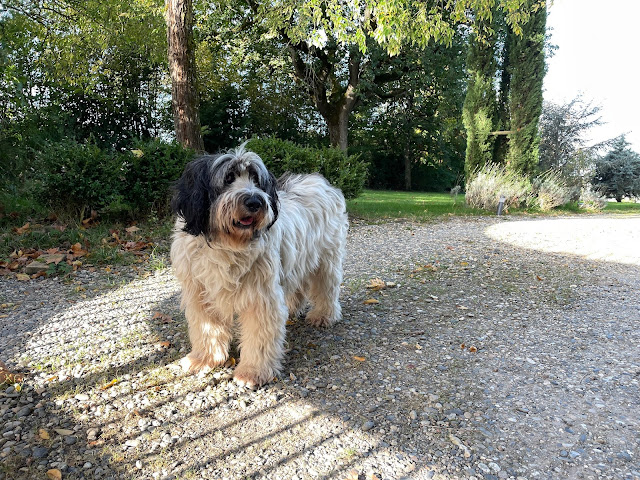 She chases squirrels while waiting for Angus to get the car keys. 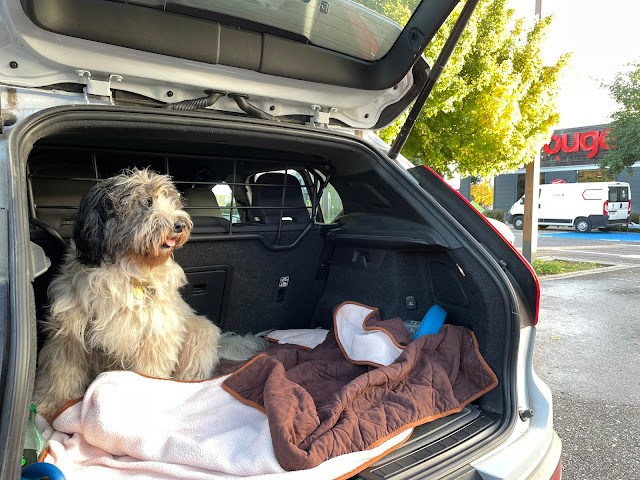 Friday morning starts with a trip to the bakers for an indifferent croissant. 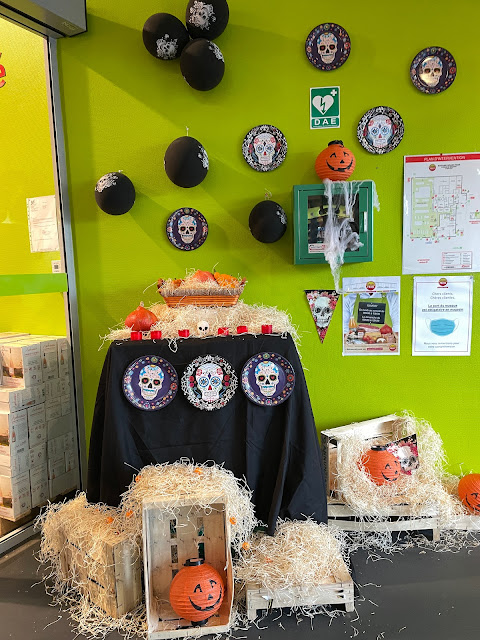 This is followed by a detour to the greengrocers for a pineapple. We are the first customers to arrive and the first to be overwhelmed by the greengrocers Halloween display. There is much that is unintentionally frightening about the display . Who would ever think that someone would make paper plates like that ? However, it's the six candles set out in front of a pile of highly combustible straw that attract my attention. They scream out 'fire hazard'.
A pumpkin has been given a cursory lantern makeover. Perhaps a pumpkin with a hint of a smile might have been a better idea ?