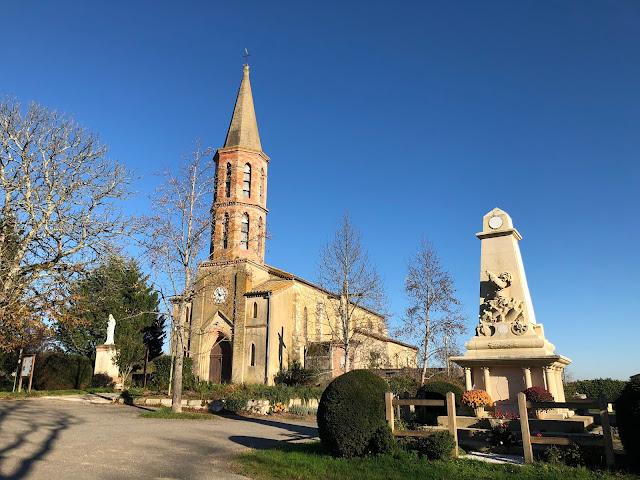 I'd never noticed it before but the late afternoon sun casts a shadow of the 'Swaying Jesus ' on the side of the church. The shadows on the carvings on the war memorial are also highly 'atmospheric'. A car with two gendarmes comes through the village and stops to ask  for directions. They give me a street name. I'm completely flumoxed by this as I didn't know we had more than one street in the village and it doesn't have a name. I explain this to the two gendarmes. They thank me and drive off. Their tone of voice suggests they think I'm severely 'intellect constrained'.

Before it gets dark Angus and Sophie venture into the garden for half an hour of ' Throw the Furry Fox'. After three throws Sophie decides she doesn't want to share Furry Fox and wanders off with it into the orchard. There she happily savages it. Female PONs are a higher order of creation than mere males... of any species. They have a low boredom threshold. 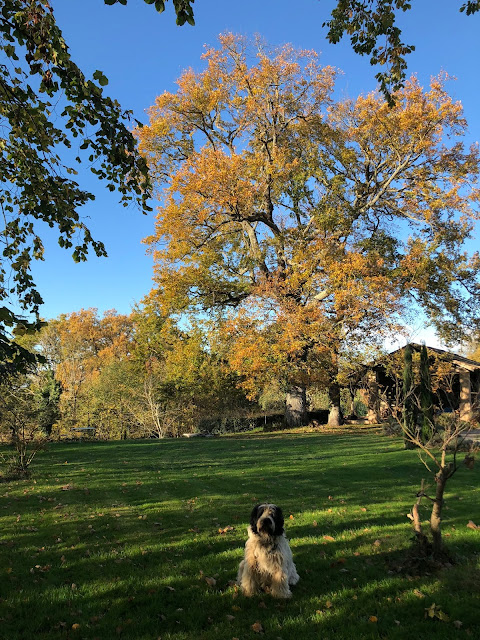 This building in Washington is rarely visited but is one of the architectural  wonders of the world. It's usually only in the limelight as the venue for Presidential Inauguration celebrations. The pandemic probably rules those out this time round. A Roman temple inside masked in dull red brick on the outside. It has eight huge columns that take the breath away - https://www.youtube.com/watch?v=IwybzIWGNwA&t=220s

It comes into its own for Presidential Balls but here is Annie Lennox singing at Christmas - look out for the columns at the 2:50 mark -https://www.youtube.com/watch?v=Zl0dY5gYutw