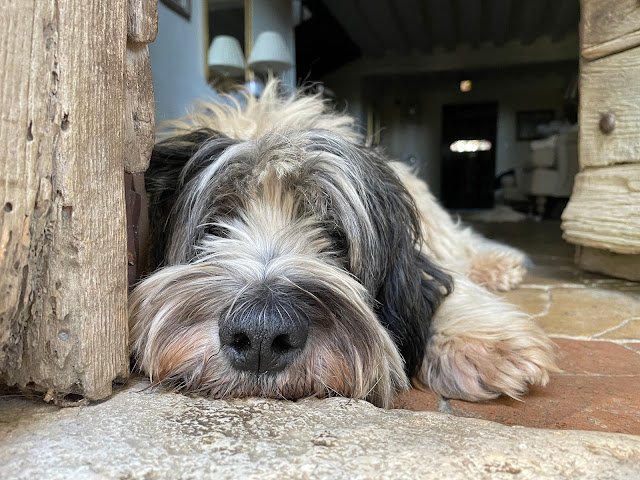 Sophie's day starts with a bout of hyperactivity. She has a flock to round up , a garden to be checked for the presence of C-A-T-S and a tractor to be barked at as it heads down the lane. After that there's time for a quick restorative nap at the front door before being loaded into the car . A PON girls work is never done. 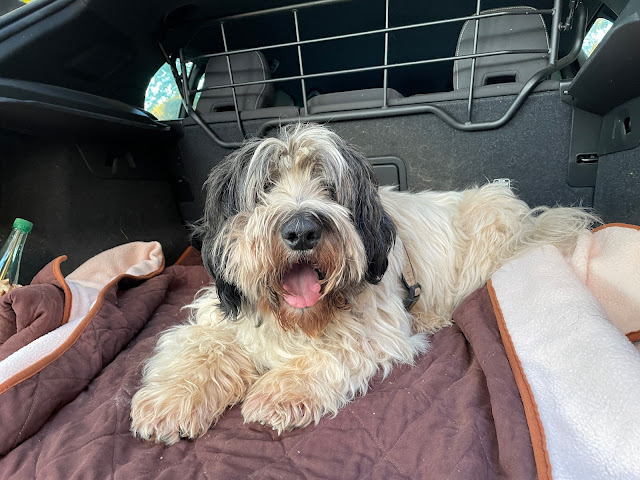 At the river it's misty. Perfect weather for chasing ducks. The ducks hurry into the water where they paddle around unperturbed by the shaggy creature on the shore. The shaggy creature on the shore is delighted with her head back, tail waving, full on hunting skills. I don't disillusion her. Today we are suffering from wet paws. Someone forgot to brake quickly enough as the ducks entered the lake and ended up , ankle deep, in the water. 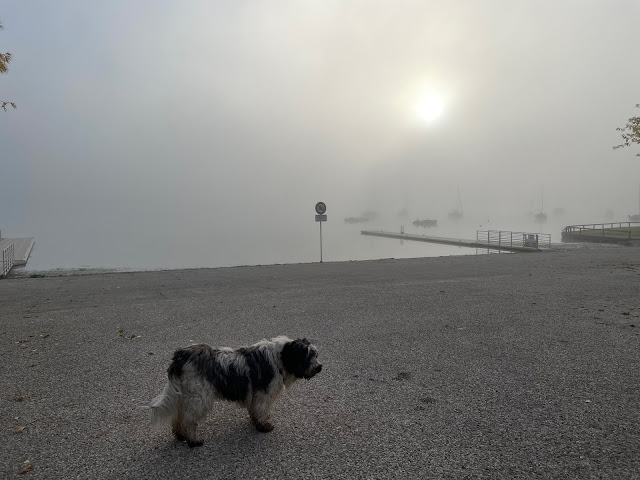 'The Font' joins us on our daily croissant run. We venture out onto the empty terrace while the bakers wife waits for the croissants to come out of the oven. As we enter Sophie is greeted by each of the five orange clad municipal refuse workers. They now know her by name which says something about a PONettes charm or at least her expectation that everyone she meets must surely have a biscuit on them.
Next month trips to the US are to be allowed for those who've had two jabs . This opens up the country for foreign visitors for the first time since early last year. The Astra Zeneca jab - which was popular in the UK - was originally not recognized by US authorities but last night they changed the rules and put it on the approved list. It's absence made 'proof of vaccination' unduly difficult for the airlines who required extensive supporting documentation. We've both had double Pfizer doses and will have our third 'top up' next week. Later this morning we should get our flu jabs . We'll pick up The Old Farmer and take him down to the pharmacy with us. We've both noticed a change in him. He's slowing down - markedly. 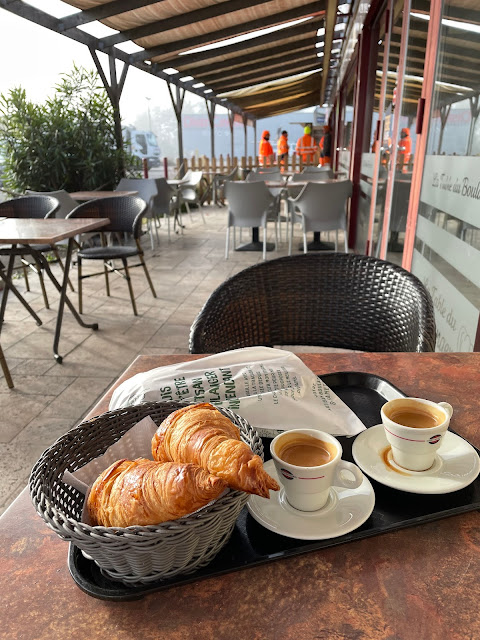 The Indian summer continues. It's due to get up into the 20's this afternoon. Up here on the ridge we've got cloudless skies. A group of young calves and their mothers peer at us as we head along the lane. Sophie picks up her pace. 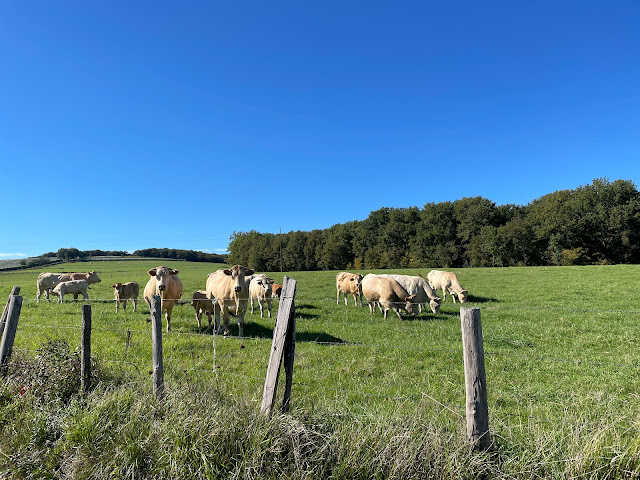 The new hotels keep on opening . This one is in Provence :https://www.villalacoste.com/en/
Posted by Angus at 6:51 AM